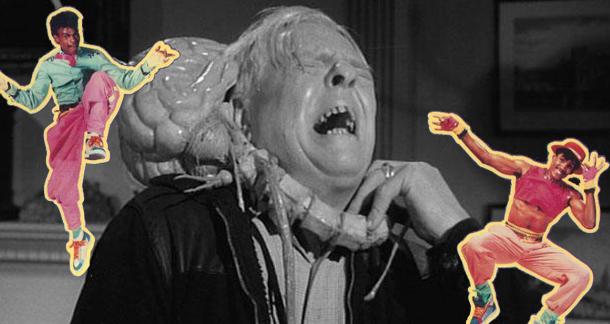 Last month, we looked at five sneaky ways your mind messes with your productivity as a writer. I’d love to tell you that those are the only psychological tricks and cognitive distortions your brain has up its sleeve, but I can’t. Because there are five more where those came from, and also because your brain does not have sleeves. Let’s take a look at what else our writing practices are up against…

Your brain says: “Follow every interesting link. It’s not wasting time. It’s research!”
The reality: You’ll keep reading and researching long after you have the information you need to write your story.

You need to drown a character in this chapter, but how are you supposed to do that if you’ve never actually seen anyone drown? Should the character flail? Scream? Gurgle? Spew blood out her ears? You’d better check. You want it to be accurate, right? Enter the internet and its infinite supply of useful and useless information. Two clicks and you’ve got your answer: Drowning people don't yell, don't flail, bob vertically in the water, and grasp the surface as if it were a ladder. Got it. “But wait, what’s this link? Oh, that’s fascinating…” An hour later, you’re reading about “very rough” shark sex on the London Review Of Books. There are not even any sharks in your story, much less a shark sex scene. How did you get there? Your irksome brain is to blame.

Remember when you’d go to the arcade, play skee-ball and whack-a-mole to win tickets, then trade the tickets for year-old bubble gum and enormous stuffed monkeys? Your brain’s dopamine system works in a similar way, except instead of paper tickets, you seek out food, sex, and drugs. And instead of stale chewing gum, you redeem your haul for rushes of pleasurable brain chemicals. But here’s the interesting part: Scientists have discovered that our internal prize center also rewards us for seeking new information. That means surfing around the web discovering surprising facts about fish is triggering the same kind of feel-good brain juice as sex, food, and drugs do. And that, my friend, is how you ended up reading about shark S&M at 1 am.

Your brain says: “Today, you are a rock. Nothing short of a dubstep marching band led by a lingerie-clad Mila Kunis will distract you from your writing.”
The reality: People who are most confident in their ability to resist temptation are often the most impulsive.

Restraint Bias tricks your silly brain into thinking that you are an unbending pillar of willpower and focus. What could be wrong with that? Well, the easier you think it is to control urges, the more likely you are to put yourself into situations where temptation beckons. The more often you’re in those situations, the more often you succumb to temptation. “You,” Restraint Bias whispers seductively, “are capable of withstanding any pressure, so why sit at this boring desk and work? Take your laptop to the pool and write while your friends float around on inflatable ducks and sip cocktails.” You don’t need me to tell you how that story ends; just remember how “unsinkable” the Titanic was.

So while you’re bragging about your willpower and pumping up your blowup pool toy, another writer—who disabled his Wi-Fi because he didn't trust himself not to spend the day reading about the mating rituals of ocean predators—has churned out 5,000 words.

Your brain says: “Sure, you failed this time, but it’s not your fault.”
The reality: You set yourself up to fail to protect your delicate self-esteem.

Imagine there’s a half-marathon for wombats coming up. (Why? Because they’re cuter than human athletes, and I don’t think they can handle a full marathon.) Alan trained hard every day and cut back on berries in preparation for the race. Bruce, an experienced runner, didn’t train much but did get a good night’s sleep in the den before race day. Carl figures he’ll do pretty well, so he goes out until 4am the night before the event and gets absolutely wasted on tree bark or meth or whatever it is that wombats use for party-time. The race happens. It is predictably adorable. Bruce wins with his natural talent and good night’s sleep. Alan’s weeks of hard work earn him second place. And hungover Carl comes in dead last.

Who feels the worst? Alan. Even though he beat hungover Carl, Alan knows in his little wombat heart that he gave it his absolute best and still didn’t win. There’s nothing worse than knowing that your best isn’t good enough. Carl, on the other hand, tells himself and his buddies that he could have won if not for that gnarly hangover. It’s not that he lacks the skill to win, he says, he was just out too late.

That pre-race partying Carl did is called self-handicapping, and writers do it too. Maybe you threw something together at the last minute for July’s LitReactor horror challenge and got some negative feedback on your story. But that's okay because if you’d spent more time on it, you would’ve crushed the competition, right? Self-handicapping protects our egos and keeps our self-esteem intact. Our fear of failure wants to make sure we have a valid excuse anytime things head South, so the less confident you are about a given situation, the more likely you are to self-handicap. That way, if you don’t perform well, you can blame the circumstances rather than your lack of ability. And if you manage to succeed anyway…well, you’re just a rock star, aren’t you? It’s a win-win.

But here’s the problem with setting yourself up to fail: You fail. Years from now, do you want to be the guy talking about how he coulda been a contender or the guy with a case full of trophies?

Parkinson’s Law states that “work expands so as to fill the time available for its completion.” Cyril Northcote Parkinson was a British historian and author, not a psychologist, and his 1955 “law” was intended as a satire on the bloated nature of bureaucracies. But in the years since, the concept has been substantiated by social psychologists and procrastinators the world over.

In other words, give yourself two hours to write 500 words and you will fill those two hours doing extra research, giving in to distraction, feeling anxious about finishing, watching marshmallow Peeps and Ivory soap expand in the microwave to metaphorically illustrate the expansive nature of the project, and finally writing a little. Give yourself 20 minutes for the same task and you’ll sit down and start pushing out the words. Because you have to.

Your brain says: “The more things you do at once, the more you’ll get done today.”
The reality: Your brain does one thing at a time, so all that chopping and changing you’re doing is killing your productivity.

Are you at work? Stop and count how many things you’re trying to do simultaneously right now…all of them: reading tweets as they pop up, responding to texts, plotting a casino heist, reading this article, answering phones, checking email, playing music, keeping up with the Olympics in the corner of your screen, writing, drinking coffee, petting your cat, stressing about bills, getting drunk, talking to a coworker, whatever. Count them.

How many? If your answer is more than one, that’s a problem. You might think you’re kicking ass like a boss, but your brain is tricking you again. You’re not multi-tasking, you’re actually serial-tasking, rapidly switching your focus from one thing to another. The constant back-and-forth can make tasks take up to 40 percent longer, can adversely affect how you learn, and according to a University of London study, can rob you of about ten IQ points. That’s about what you lose when you miss a whole night’s sleep, and more than twice what you lose after smoking pot. Lesson: Modern society is like a whole world full of potheads. Explains a lot, no?

Your brain can only truly multitask in two situations: One of the things you’re doing is so familiar that it’s automatic, which is why you can chew gum and play accordion (assuming you play accordion) or the things you’re doing use different types of brain processing, which is why you can listen to music and drive. So if your resume boasts that you’re good at multi-tasking, go change it. Because you’re not. And it sounds wanky anyway.

Which of these brain tricks affect your writing practice the most?

They’re All Going To Laugh At You!: 5 Ways To Overcome Anxiety While Writing Your First Novel

damn you, Kimber, for revealing all the ways i suck.

a dubstep marching band led by a lingerie-clad Mila Kunis

-Constantly switching to a new song. (I don't have iTunes)

Robert.B from Northern Ireland is reading The Last of the Savages By Jay McInerney August 3, 2012 - 1:14pm

It's mildly depressing to read through this list and realize all of these have happened to me on multiple occasions.