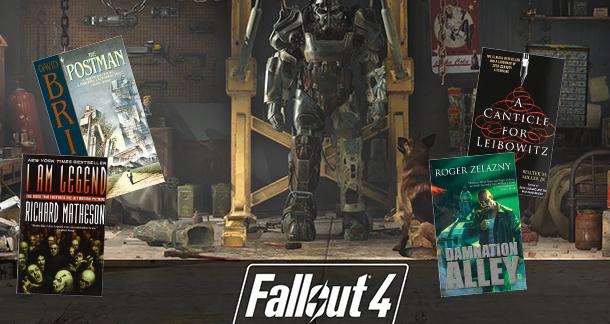 Fallout 4 came out a couple of weeks ago, and while it's perhaps a bit of a departure from previous entries, it's still a fun game about traipsing around the wasteland and fighting mutants. Now whether you're an old fan of the franchise or you just picked up your first Fallout game last week, you already know: There's nothing quite like it out there. The mix of post-apocalyptic exploration, charming retro-futurism, and horrifying creatures is unique to the game.

But we always want more of what we love. And one day, you will be done with Fallout 4 (I've already explored every single area in the game so far, leaving most of the main quest untouched, so I'm afraid I'm close to the end myself) and then what will you do?

You're gonna wander around, looking for something to fill that void. How about some books? 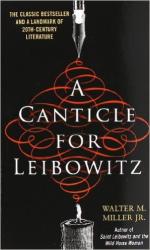 1. 'A Canticle for Leibowitz' by Walter M. Miller Jr.

One of the core inspirations behind Fallout, and more specifically some of the factions in that universe, like the Brotherhood of Steel and a location called The Abbey in Fallout 2 (which was unfortunately cut from the game).

In the depths of the Utah desert, long after the Flame Deluge has scoured the earth clean, a monk of the Order of Saint Leibowitz has made a miraculous discovery: holy relics from the life of the great saint himself, including the blessed blueprint, the sacred shopping list, and the hallowed shrine of the Fallout Shelter.

Much like in the book, the frame of reference for old technology and culture has been lost. While Fallout doesn't have the same religious angle, both the protagonist of the game and the player himself experience a similar sense of wonder as they explore the irradiated wasteland. The protagonist has been locked in a Vault for centuries, and the retrofuturistic alternative timeline of the game means even the player isn't familiar with the culture and technology that was developed between the 1950s and the present.

If you read one book from this list, make it this one. 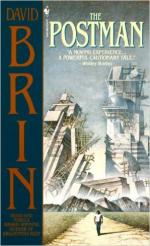 2. 'The Postman' by David Brin

The second definite inspiration for the Fallout franchise is another post-apocalyptic classic. David Brin's The Postman is about a guy who finds a mailman's truck crashed in a gully, untouched since the day the world ended. Having just been robbed of all his possessions by a gang of raiders, he pulls the postman uniform off the skeleton sitting in the driver's seat, grabs the satchel full of letters and takes off.

In the next settlement he happens upon, they believe he is somehow an actual postman. Desperate to gain entry, he goes along with the lie and builds upon it, explaining how the remnants of the US government are getting back on their feet, starting with establishing mail routes between settlements.

The narrative is astoundingly close to the experience of playing a Fallout game: You travel from settlement to settlement, each one created out of remnants of an old civilization (In The Postman, the society that is built around a supercomputer who tells them what to do is a clear inspiration for some of the weirder locations in Fallout), trying to fix whatever issues they're having like some kind of hobo troubleshooter.

I mean, I'm simplifying, but you get the idea.

The movie with Kevin Costner is universally accepted as pretty bad, but I have a certain fondness for it. Good bad movie. 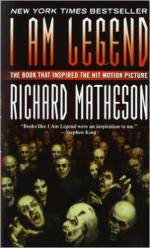 3. 'I Am Legend' by Richard Matheson

I believe Tim McCain, lead programmer and one of the main designers of Fallout, mentioned this book as one of the inspirations behind the game. A world taken over by vampires might not exactly scream Fallout, but the lone protagonist dealing with all those monsters trying to kill him in a ''post-apocalyptic'' world definitely reminds me of the basic premise.

The feral ghouls in Fallout certainly owe their existence to this novel's weird vampires. The protagonist being the last man alive is pretty much like the Vault Dweller. He's untouched by radiation, he's never been traumatized by the nuclear bombs and everything that followed. He's pretty much the last of his kind, if you ignore every Fallout sequel.

Not that I suppose anyone needs an introduction to this classic novel by Richard Matheson, but if you haven't picked it up 'till now because you thought it was a vampire novel and not a post-apocalyptic novel (or vice versa), you've done yourself a disservice. It's a great read for either audience. 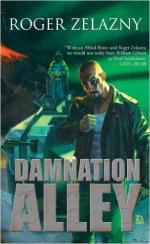 I've got to admit, I gave up on this book about halfway in. It just felt a bit too dated for me. The plot wasn't really moving along, and it was to a large degree a weird mashup of a Young Adult book (explosions! bad guys!) and an uber violent 80s movie (probably starring a disheveled Stallone wannabe). I do have a certain fondness for it however, as the aesthetics and general vibe really remind me of Fallout.

A man is tasked with taking a shipment of anti-plague serum across the nicknamed Damnation Alley, a stretch of highway that connects Los Angeles and the East Coast. He has a bad ass car with a bunch of guns and he's gonna have to deal with weird ass monsters and raiders trying to murder him. Hell yeah.

If you can stomach pulp and a somewhat questionably straightforward plot, you might enjoy this one. The 1977 movie on the other hand...you're on your own there. 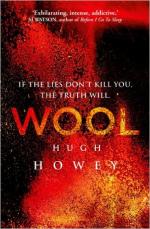 Wool came out much later than the first games in the Fallout franchise, right about when New Vegas hit. As such, this wasn't really an inspiration for the games, but the book definitely reminds me of it and hey, what do you care? You're just looking for something to read.

In Wool, the protagonist is surviving the post-apocalypse world in an underground bunker called a Silo (named after the shape it has), along with a bunch of other people. Since Wool has a variety of secrets and plot twists, I can't say too much about it without giving anything away, but if you enjoyed the Vault locations in Fallout and that whole mythology of people locked in underground shelters for centuries, this is the book for you.

The entirety of the series takes place inside the Silos however, so it's a bit light on the wasteland exploration aspects.

What else is there? You can try On the Beach, Alas, Babylon, McCammon's Swan Song and why not, The Dark Tower books by Stephen King. They're all solid entries into the genre and you can catch glimpses of the setting of Fallout in most of them.

It Could Be Worse: Five Nightmare Dystopias
What Scares You? 30 Terrifying Horror Stories Straight Out Of Your Worst Nightmares

The Road, by Cormac McCarthy. Great book too.

Isaac Asimov was definitely an influence on the Fallout 4 scenario,

Wow, this is something really interesting now! I have been a fan of the Fallout series for quite some time now and have recently Fallout 4 Kaufen but I never knew it was inspired from books. This article is really something interesting and I am sure every Fallout fan would love to know these facts. I even think that now I should just grab these books and read them as well for the complete Fallout experience!

I'm told that also Harlan Ellison's short story A Boy and His Dog was a pretty big influence to the Fallout series. In fact the companion character Dogmeat is an homage to the character Blood in the book.