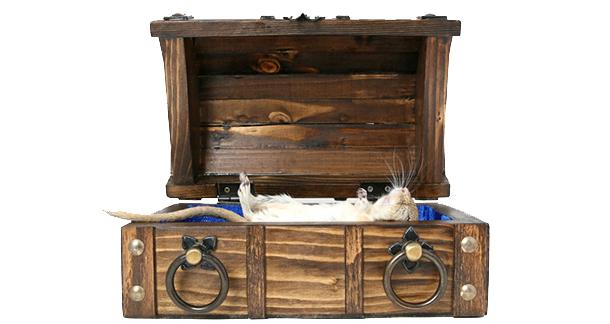 I typically start the new year with a bunch of books about finance. These remind me that small changes are meaningful and that yes, I have made some good decisions in the past. Also, that I still love Suze Orman. They help me feel better about money and give me some focus for the months ahead. But this year, with the market in free fall and a government in shutdown, it just doesn't feel right. It's no fun to think about investments when they are literally making negative money. So I'm starting the new year with a different focus: death and renewal.

Death is a dark subject and one most people will avoid for the majority of their lives. Even as the body begins to fail, making an actual plan for what one wants seems beyond most people. I find this stunning and sad. I have an endless fascination with death, so I have no problem thinking about my mortality, my final days, and my plans for my body. I hope my death is far away, but if it isn't, I will accept it and my family will know what to do because I have already discussed it with them. But anyone who has had a futile conversation with their aging parents about final wishes will know this is not the norm. It may seem easier to not think about it, but what that does is create a burden for everyone who loves you, because they will have to make those decisions, grasping at straws and guessing at what you wanted.

Let's do something different. This list includes some titles that have dramatically shifted my thinking about death. I hope they do that for you too. Perhaps you will also experience the process of taking ownership of your own death as a type of renewal or rebirth. It certainly is a learning threshold, after which you can't unlearn what you have absorbed. You have no choice but to see life, and death, with brand new eyes. 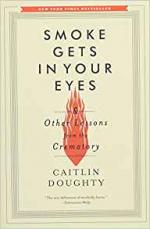 Caitlin Doughty is just the best and so she gets not one, but two spots on this list. I read this, her first book, and immediately had to go find her second. Doughty writes with a personable, lighthearted tone about her early experiences in the death industry, working at a mortuary and doing everything from shaving corpses to grinding bone fragments for urns. She pulls back the curtain on what has become a secret industry and in the process reveals just how twisted and backward our relationship with death has become. She walks the reader through her personal journey from someone intently curious about death to a professional seeking to reconnect families with the death process so they may better work through their grief. It's pretty hard to read this and not question the status quo for how we deal with death in our country.

Buy Smoke Gets in Your Eyes from Amazon.com 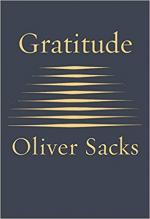 I have loved Oliver Sacks since I first read The Man Who Mistook his Wife for a Hat, some 20 years ago. Oliver Sacks was a neuroscientist who specialized in brain injuries and anomalies. He was a pioneer in medical narrative and had such a singular voice. His personal interests spanned everything from physical science to ferns to music to motorcycles, all of which he managed to weave into his delightful essays. He died of cancer in 2015, but was so prolific that a final collection of new works will be released this April. Gratitude is a very small collection of essays he published in the New York Times in his last year, and they are a beautiful distillation of thoughts and feelings as he hurdles toward the end. If you want to sharpen your focus about what matters in life, this is a great place to start. 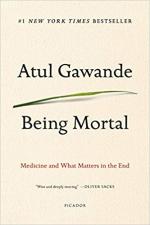 'Being Mortal: Medicine and What Matters in the End' by Atul Gawande

Atul Gawande is another voice in medical narrative who brings to light complex issues with a human perspective. Being Mortal takes a hard look at the medical battleground so many people experience at the end of their lives. Interventions and treatments may extend life, but at a cost to one's quality of life. Gawande weaves stories from his practice and medical history to paint a picture of how we got here and makes some suggestions for what we might do instead. There's no easy answer. He gives an example of a woman diagnosed with cancer right before the birth of her child. She pursues aggressive medical treatment right up until the end, which deprives her of quality of life. Of course, who could blame her? Still, Gawande makes a point that we've lost clarity on death, and that knowing when to stop and shift our focus from fighting to dying is a critical part of our humanity.

Buy Being Mortal from Amazon.com 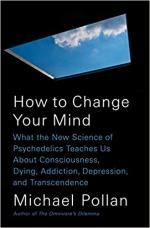 'How to Change Your Mind: What the New Science of Psychedelics Teaches Us About Consciousness, Dying, Addiction, Depression, and Transcendence' by Michael Pollan

You may know Michael Pollan from his many books about food. Pollan has been taking big agriculture to task for decades and has through his many projects explored the ways in which food can be made sustainably and locally. This somewhat dramatic turn is a welcome one because he explores such interesting material. Pollan follows the small group of scientists who are newly investigating the healing qualities of psychedelics. This is not new, but a revival of scientific study from the early 20th century that was abruptly ended with the war on drugs. Pollan dives into the science of how carefully constructed and monitored psychedelic journeys can help all types of people, from addicts to the terminally ill. He has beautiful stories about individuals who used psychedelics to confront their fear of death and better use the time they had left. Pollan takes a number of journeys himself, and his revelations will astonish and delight.

Buy How to Change Your Mind from Amazon.com 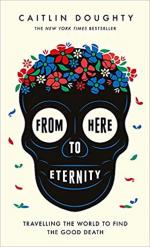 'From Here to Eternity: Traveling the World to Find the Good Death' by Caitlin Doughty

Rounding out our list is Caitlin Doughty's most recent work, which focuses on death rituals around the world. Americans have come to see embalming and burial in concrete-lined plots as normal, with few other options, save cremation. This book seeks to expand our awareness of death rituals and practices to demonstrate that there are many other paths to what she calls the "Good Death." It is a truly fascinating tour, in which we learn about decomposition projects, open air pyres, sky funerals and corpse hotels. She visits the Toraja people of Indonesia, who mummify their dead and continue to live with them. Their relationship with death and dead bodies is so radically different from our own, yet one comes away with a sense of warmth and family. In all of her journeys, she visits people practicing death rituals that are meaningful and deeply ingrained in the communities that practice them. They haven't severed death and mourning from daily life as Americans have done, and they are richer for it.

Buy From Here to Eternity from Amazon.com

Contribute your favorite book on death or renewal in the comments!

Dino Parenti from Los Angeles is reading Everything He Gets His Hands On January 26, 2019 - 9:30am

"Mortality," by Christopher Hitchens, which was a short collection of essays he wrote as died of esophageal cancer. It's facing death from the mind of an atheist. It's brave and graceful and full of ironic wit.

Joshua Chaplinsky from New York is reading a lot more during the quarantine January 27, 2019 - 2:18pm

Mortality was a good one.