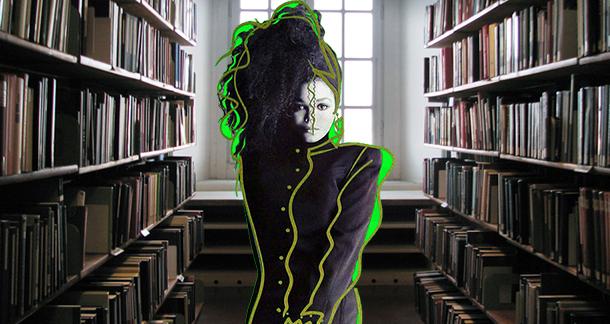 I've recently read and reviewed a lot of horror, crime, and bizarro written by women. Yes, it was by choice, but the choice was not to read books by women; it was to read the best weird fiction I could find, and it just so happens that women are writing some spectacular books. While the current political landscape makes me want to tell everyone to read solely works by women, POC, and members of the LGBTQ+ community, I won't do that because great fiction is great fiction regardless of who's writing it. However, there is something really special happening with women in weird fiction, so here is a list of ladies whose work you need to be aware of. 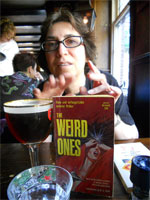 Editor and publisher extraordinaire, Ann VanderMeer is one of the few editors who seem to have a hand on the pulse of weird fiction in such a way that she can predict what the next thing will be as well as find the best voices in an overcrowded market. Besides the Hugo Award and World Fantasy Award that sit on her shelves, VanderMeer was also the editor-in-chief of Weird Tales for five years and is currently an acquiring editor for Tor.com. If she touches it, teaches it, or suggests it, it's good. And she's been doing it for thirty years.

Buy The Big Book of Science Fiction from Amazon 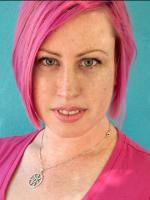 The publisher and owner of Eraserhead Press and the fairy godmother of the entire bizarro scene, what O'Keefe started in Portland years ago is now a literary movement that spans the globe. I recently went to my fifth Bizarro Con, and the event keeps getting bigger and better. If you've read anything from Eraserhead Press, the New Bizarro Author Series, Lazy Fascist Press, Deadite Press, or Fungasm Press, you have Rose O'Keefe to thank for it to some degree, and that's a lot of superb weird fiction to be thankful for.

Buy The Terrible Thing That Happens from Amazon 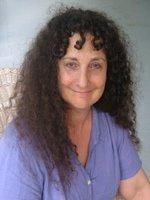 Datlow has been one of the best anthologists around since I started reading. Simply put, I don't remember not having her anthologies around. Whether it's horror, science fiction, or fantasy, she knows what's good. In terms of awards, this space is too small to list them all, but know this: if it matters, she has received it or been nominated for it.

Buy Nightmares: A New Decade of Modern Horror from Amazon 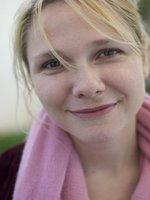 Bahr has a knack for weirdness in both written form and film. She was one of the top voices in bizarro for a while, and now she's doing the same in Spain, where the translation of her novel Haunt is making waves, collecting accolades, and turning new readers into immediate fans of the genre. With a collection on the way and more movie work to follow the stellar Boned, Bahr will keep us entertained in the best way possible for a long time to come. 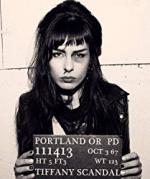 Every genre needs a bad girl, and Scandal took that role before it was even offered. After Jigsaw Youth, which was a superb novella that received rave reviews, she has moved back into full weird mode with her latest novel, Shit Luck. Scandal knows what pushes your buttons, and she pushes them all repeatedly. 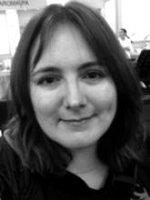 Files exploded into the public eye with Experimental Film, but she has done much, much more, and all of it has been dark and weird. If you enjoyed the aforementioned novel, make sure you check out the rest of her work. I'm sure there's much more greatness coming from her. 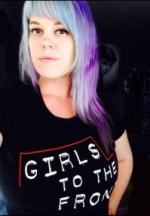 Fitzgerald began her career with a bizarro novella that was part of the New Bizarro Author Series. From there, she moved on to become a zinester, the head of Ladybox Books, and to publish her sophomore effort, Glue, which is a devastating narrative about loss and survival. All of that adds up to a writer/editor that's doing everything in her power to put the experiences of women, and those identifying as women, in the spotlight. 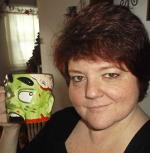 Buy Suffer the Flesh from Amazon 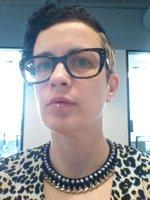 There is nothing like LeVoit's work in contemporary fiction. Her brain operates on a different level, and the fiction it produces is proof of that. Anyone who is not devouring her work as soon as it comes out is missing out on one of the most exciting, bizarre, smart voices in contemporary weird fiction.

Buy I Miss the World from Amazon 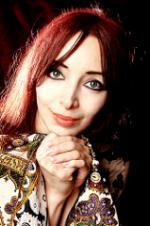 The end of 2016 is upon us and as I start to think about best books of the year, the nonfiction lists I create already include Robin's Death Confetti: Pickers, Punks, and Transit Ghosts in Portland, Oregon. Robin's writing cuts to the bone of every situation, personality, and subculture she tackles, and the result is a beautiful, strangely poetic, ridiculously eloquent celebration of her experiences and life on the road. 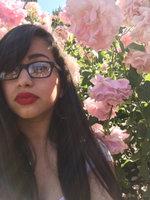 I'll close this list out with an author that just received the Wonderland Book Award for her collection The Pulse between Dimensions and the Desert. Heartfelt, powerful, and unapologetically bilingual, the work Rios de la Luz does stands in its own space within contemporary weird literature, and I can't wait to read whatever she publishes next.

Buy The Pulse between Dimensions and the Desert from Amazon

The most beautiful thing about this list is that I could go on forever. I just read and reviewed Lauren Beukes' Slipping, for example, and it was amazing. The point is that weird fiction is full of nasty, magical women doing truly fantastic work, and I hope you go explore what they're doing.

Thanks for the list, Gabino. You sold me on at least five. Very excited to explore some of these writings.