Column by Kleopatra Olympiou September 29, 2022
In: 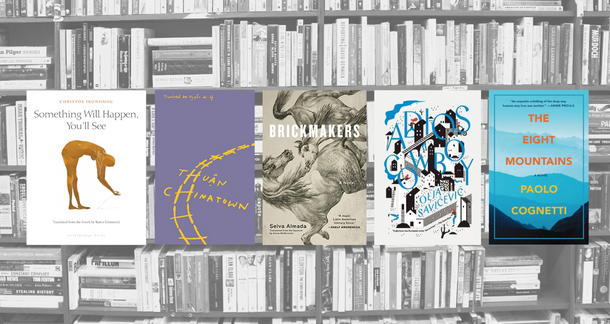 I still remember the rush of possibility, years ago, when I realized I’d soon be able to read literature in English — I suddenly had so many books within my reach. Much later, when I set out to read more translated books, I felt the same exact emotion: a feeling of abundance, the joy of choice, of plenty, of access.

Like many readers getting a little too comfortable with their reading habits, I wondered, at first, whether reading books set in cultures entirely different from mine and the ones I’ve experienced would sometimes get tiring — too much to keep up with, too much that would be unknown. I can barely keep up with fantasy elements, I thought.

Frankly, I did not understand every reference in the books listed below. In some of them, I was occasionally simply adrift in my ignorance. I am learning to be comfortable with this feeling. Thankfully, most writers are generous enough not to plant the keys to following a book in an obscure, in-group reference that must be puzzled out of them. Not “getting” everything is an exercise in defamiliarization, and replicates something great about traveling: unwatched, you simply get to observe life in a place that is new to you, eyes wide with interest.

In this spirit of reading toward the unknown, here are ten translated books to get you started — or simply to help you mark International Translation Day, observed every year on the 30th of September. 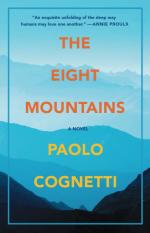 1. "The Eight Mountains" by Paolo Cognetti

Paolo Cognetti’s The Eight Mountains is a coming-of-age story set in the Dolomites, where young Pietro, visiting from Milan, and local boy Bruno are drawn into a taciturn, adventurous friendship, roaming the wild landscape of the mountains and the similarly wild inner landscape of their swiftly receding childhoods. They are separated as they grow older, but their paths converge most dramatically when Pietro’s father dies, and Pietro returns to the mountains in his thirties in search of his inheritance and identity alike. Quiet, like the characters that populate it, this novel’s thoughtful portrait of difficult family dynamics, boyish friendship and laconic masculinity makes for a truly moving reading experience. It is translated from Italian by Simon Carnell and Erica Segre.

Buy The Eight Mountains on Bookshop or Amazon 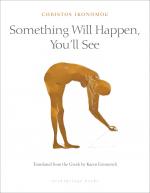 2. "Something Will Happen, You’ll See" by Christos Ikonomou

Tinged with naturalism, this collection of short stories is set in various working-class neighborhoods near the port of Piraeus, just out of Athens. Though written before the economic crisis that soon befell Greece, Ikonomou’s stories have come to embody the spirit of hopelessness and despair in the many years of austerity that followed. Relentless and unflinching, these stories look at the ordinary lives wrecked by financial difficulties and ruin, and the ignoble hearts these struggles leave behind. To quote the collection’s Greek blurb, the stories in Something Will Happen, You’ll See show “the darkness living next door” — and how hard it is to have hope amidst such darkness. It is translated from Greek by Karen Emmerich.

Buy Something Will Happen, You’ll See on Amazon 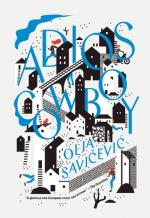 Adios, Cowboy sees Dada, a young Croatian woman, leave Zagreb to return to her coastal hometown in search of answers about her brother Daniel’s death. Back home, her mother and sister are struggling to overcome Daniel and her father’s deaths — and when a Western movie begins to be filmed locally, Dada is reminded of her brother and father’s obsession with spaghetti Westerns and cowboys. In this town where graffiti reads “Stranger, the law does not protect you here,” and a sense of collective depression and decline prevails, Adios, Cowboy casts a hardened but poetic look at Croatia after the 1990s war. It is translated from Croatian by Celia Hawkesworth. 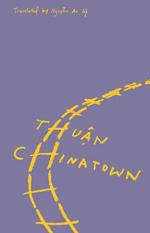 When the French Métro abruptly stops so the authorities can investigate unattended luggage, a Vietnamese passenger begins to reflect on her life. Moving freely between the past and the present, sometimes cyclically in its repetition, the monologue that follows focuses on her childhood in Hanoi, her studies in Russia, and her relationship with her son’s father, Thụy, whom she has not seen in several years, and whose long silence continues to haunt her. Impressionistically following her stream of consciousness (and written in a single paragraph), Chinatown is a fascinating window into another person’s mind, at once familiar and wildly defamiliarizing. It is translated from Vietnamese by Nguyễn An Lý.

Buy Chinatown on Bookshop or Amazon 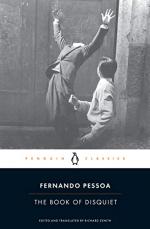 5. "The Book of Disquiet" by Fernando Pessoa

The Book of Disquiet is hard to describe. Comprised of short vignettes (similar to the fragmented narratives often encountered in today’s novels) that resemble diary entries, the book builds up a momentum of sincerity in expressing loneliness and melancholy. Together, these make up Bernando Soares’ autobiography — Soares being one of Pessoa’s alternate literary selves. Frustrated, disillusioned, and resigned to its solitude, this book makes a great companion to solitary readers. It is translated from Portuguese by Richard Zenith.

Buy The Book of Disquiet on Bookshop or Amazon 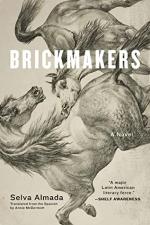 Echoing the famous vendetta between the Capulets and Montagues in Shakespeare’s Romeo and Juliet, Brickmakers is a story about the rivalry between two brickmaker families in rural Argentina. The sons of two sworn enemies have fallen in love, but only tragedy lies ahead, as the novel opens with a fait accompli — Pájaro and his beloved’s brother, Marciano, lie dying in an amusement park. Both have visions of their fathers’ neglect and machismo, resulting in an epic and affecting narrative of impressive scope. Brickmakers is translated from Spanish by Annie McDermott.

Buy Brickmakers on Bookshop or Amazon 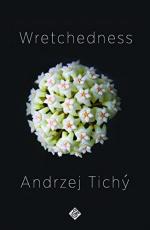 On his way to a concert in Copenhagen, a cellist runs into a drug addict who triggers an influx of old memories — having grown up in a social housing estate near Malmö, his past is a whirlwind of poverty, drug use, and crime. Slipping in and out are the protagonist’s thoughts about his beloved avant-garde music, resulting in a formally complex and philosophical book that sees him wondering where he belongs. Wretchedness is translated from Swedish by Nichola Smalley.

Buy Wretchedness on Bookshop or Amazon 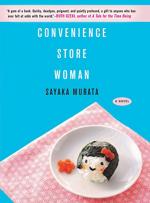 Ever the odd one out, Keiko finally feels like she’s found somewhere she fits in at one of Tokyo’s convenience stores, where she takes up a job. To do well and be liked, she conforms to her colleagues’ expectations and feels at peace for a blissful eighteen years, fully embracing her new identity as a convenience store employee. Outside of work, though, her family starts to object to her way of life: her lack of professional aspirations or romantic interest. Thus ambushed by social expectations, Keiko must ironically find a new way to satisfy the “normal” police, or lose people’s esteem. This deadpan, utterly original novel will entertain and devastate you in equal measure. It is translated from Japanese by Ginny Tapley Takemori. 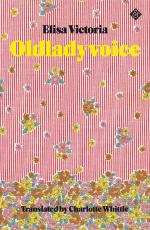 This is the summer of 1992 in Seville — where nine-year-old Marina has gone to stay with her grandmother, as her mother is unwell and hospitalized. The readers experience the summer alongside Marina, whose funny and perceptive point of view guides us through the long, hot, unstructured days with her grandma. Chatting with grandma about her youth, playing with dolls, and experiencing her first “impure” thoughts, irreverent Marina keeps busy — and at the same time, captures 90s childhood in nostalgic, immersive detail. Oldladyvoice is translated from Spanish by Charlotte Whittle.

Buy Oldladyvoice on Bookshop or Amazon 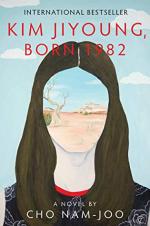 Kim Jiyoung, Born 1982 traces the life of a South Korean everywoman, whose universal experiences of misogynist microaggressions and mounting social pressures follow her from her school days to the workplace and her family life. This novella is not pleasant, it’s enraging, and the clear-headed, straightforward way in which it depicts common experiences has the effect of casting them in a newly stirring light. Kim Jiyoung, Born 1982 is translated from Korean by Jamie Chang.

This was one of the books I read in my book club’s first year — you can find the rest listed here.

Have any books to recommend? Please leave a comment with your recommendations below — and happy International Translation Day!

How To Get Lucky With Your Next Read

The Importance of Work in Translation