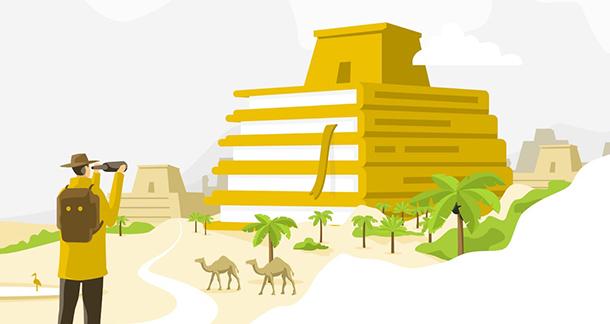 The door has finally closed on wretched 2020, and we’re all eagerly looking forward to what we hope will be a much brighter year. What better way to celebrate the start of 2021 than with a list titles we’re most excited to read? Here are our top 10 picks for upcoming books in 2021, in order of release date for your convenience. 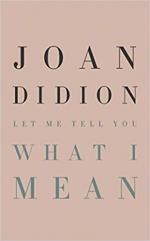 1. "Let Me Tell You What I Mean" by Joan Didion

Iconic author and screenwriter Joan Didion returns in early 2021 with a new collection of essays, with her original drafts spanning from 1968 to 2000. From the nature of media to musings on her path as a writer to her opinion on Martha Stewart, the contents of this book will appeal to both Joan Didion devotees and avid readers of all stripes. An absolute must-read for anyone who has appreciated the past few decades of Didion’s ruminations, or who’s simply looking for nuggets of wisdom to start 2021 off right. 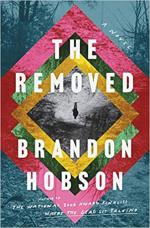 2. "The Removed" by Brandon Hobson

Cherokee citizen, Pushcart Prize winner, and National Book Award finalist Brandon Hobson intertwines Cherokee traditions with the darker side of modern America in his fourth (and highly anticipated) novel. In The Removed, Hobson turns an unflinching eye toward myriad subjects — police shootings, dealing with Alzheimer’s, depression, suicide, and one family’s slow attempt to heal from grief. The Removed also examines the consequences of the ancestral and the present meeting: good tidings, ruin, or something else entirely? Only one who visits the Darkening Land, a place between living and dead, can answer that riddle.

Get The Removed at Bookshop or Amazon 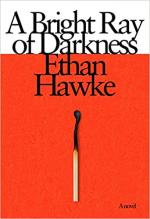 3. "A Bright Ray of Darkness" by Ethan Hawke

The celebrity actor from Dead Poets Society, the Before trilogy, and Boyhood is a prolific writer as well — he’s been quietly churning out books since 1996, with the contemporary fiction title A Bright Ray of Darkness marking his third full-length novel. Arguably his most personal work yet, this Hawke book features a self-destructive protagonist who stars in a Henry IV production as his personal life crumbles behind the scenes. Those who relish stories of artistry’s challenges in the face of life-warping fame and personal collapse, à la A Star Is Born or Birdman, may find a kindred tale from Hawke.

Get A Bright Ray of Darkness at Bookshop or Amazon 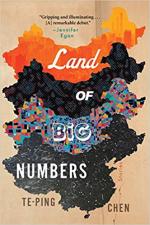 Te-Ping Chen’s Land of Big Numbers follows a few of the titular “numbers” (citizens of China’s massive population) to tell their stories, drawing on Chen’s own experience as a correspondent in Beijing. A short story sensation after pieces in multiple magazines, notably “Lulu” in The New Yorker, Chen continues to ask difficult questions about the realities of modern Chinese life in tandem with universal questions of freedom, human rights, and where each one of us is willing to draw the line when it comes to personal sacrifice.

Get Land of Big Numbers at Bookshop or Amazon 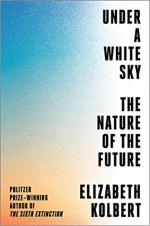 5. "Under A White Sky" by Elizabeth Kolbert

Journalist and environmentalist thought leader Elizabeth Kolbert won a 2015 Pulitzer Prize for her work on The Sixth Extinction: An Unnatural History. In 2021, she continues her extensive investigation with a slightly different angle — having already compiled and analyzed the damage humans have done to the earth, she asks in Under A White Sky whether there is any way to reverse course. Not only a thoroughly researched environmentalist masterpiece, this book also looks to be an effective symbol for many other aspects of modern human existence — asking the widely applicable question of, is it too late for humanity to change?

Get Under A White Sky at Bookshop or Amazon 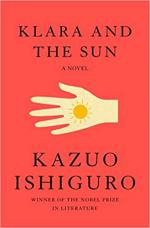 6. "Klara and the Sun" by Kazuo Ishiguro

Kazuo Ishiguro returns more powerfully than ever this year, with his first novel since winning the 2017 Nobel Prize in Literature. Via Klara and the Sun, he brings us a timely examination of technology through Klara: an “Artificial Friend” who’s adopted by a human mother and daughter. Diving deep into the question of coexistence with androids, their innate rights, and the capacity for love — if it can be called that — between humans and AI, Ishiguro’s installment is set to become a cornerstone entry in the ever-growing body of literature on AI-human relations.

Get Klara and the Sun at Bookshop or Amazon 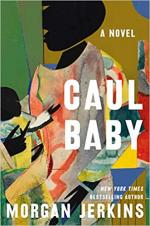 A woman desperately trying to become a mother, a shadowy Harlem family with magic in a skin layer known as “caul”, a grudge left to fester, and urgent questions of loyalty: all these intricately intersect in Morgan Jerkins’ debut novel of family drama. An intrigue-laden plot traces a tangled family web, inquiring how far we’re willing to go to get revenge, especially if it means giving up our family for our own gain.

Get Caul Baby at Bookshop or Amazon 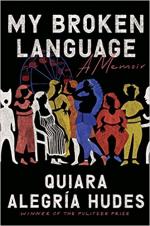 If you don’t yet know Hudes’s name, you should: she’s a Pulitzer-Prize winning playwright, the co-writer of In The Heights alongside Lin-Manuel Miranda, and founder of the Emancipated Stories Project. With this new release, she gifts us an intimate memoir of her upbringing in West Philly, full of rich stories of Puerto Rican culture and her vibrant family tangled up with stories of her striking out on her own. Emotional, existential, and exuberant in turns, My Broken Language will be an essential 2021 read for fans of Latinx authors — one that's bound to end up in future lists of best memoirs.

Get My Broken Language at Bookshop or Amazon 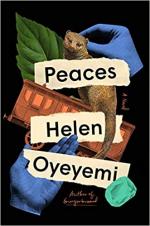 For readers hoping to experience fantastical adventures vicariously through books in lieu of actually traveling this year, Helen Oyeyemi’s Peaces might be just the ticket, as it were. New lovers Otto and Xavier depart on an odd-looking train — but in classic Oyeyemi style, they soon find themselves surrounded by cryptic messages, strange appearances of their favorite foods, and many more questions than answers. Accompanied by their pet mongoose (what else?), Otto and Xavier begin to unravel the mysteries of the train itself, as well as previously veiled answers about the past that neither of them knew they were seeking.

Get Peaces at Bookshop or Amazon 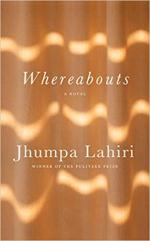 Rounding out our list with one final Pulitzer Prize winner, Jhumpa Lahiri uses Whereabouts to weave a compelling story of a woman adrift in her life, stuck between cravings for connection and her chronic avoidance of commitment. With thematic resonance very suitable for 2021, the events that ultimately push her to change offer hard-won but inspiring ideas for this year. Originally written in Italian by Lahiri and now translated to English, Whereabouts is sure to appeal to translation enthusiasts and hyper-literary minds alike.

Get Whereabouts at Bookshop or Amazon

Want to revisit some of 2020’s best reads first? LitReactor’s staff writers have curated a selection of their picks for best books of 2020 just for you.

10 Highly Anticipated YA Novels for the Second Half of 2015

Go Back to Boarding School With These 7 Young Adult Novels

Summer and Beyond: Upcoming Books That Should Be On Your Radar