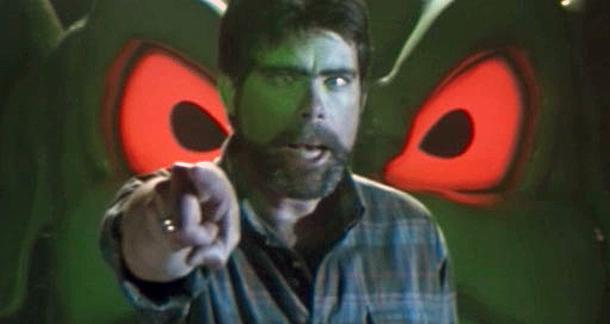 Despite having published over fifty novels, Stephen King has never been too eager to write sequels. There’s the Dark Tower series, and the recent Bill Hodges Trilogy, then you have what else? Doctor Sleep and Black House? Of course, a good majority of his work can be defined as a loose continuation of The Dark Tower, but this article is referring more to direct sequels. This is, for the most part, a relief. Too often sequels feel like cash-grabs from washed up writers with no original ideas. But not always. Sequels have their place in the world, and sometimes I wonder what King would do if he expanded on some of his work. 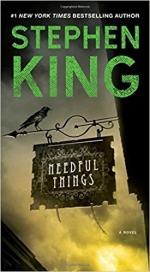 The sequel: Call the book Answered Prayers, if you want, but give us the scoop on what ol’ Gaunt’s been up to these days. How has he modernized his shop of wonders with the Internet age? Surely he’s created his own eBay account at this point. What happens when his special items have direct access to the entire world rather than one town at a time? 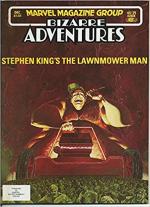 Original plot: Annoyed Republican, Harold Parkette, calls up a lawn service agency in the newspaper after the neighbor kid he used to hire went off to college. The agency, Pastoral Greenery, sends out a Circe-worshipping fat guy who proceeds to strip his clothing and eat Parkette’s grass while following a telekinetically-controlled lawnmower on all fours as it mows the lawn. Parkette objects to Pastoral Greenery’s methods, and is promptly slaughtered by the lawnmower.

The sequel: “The Lawnmower Man” is so fucking insane it inspired me to start my own Stephen King podcast. I love it so much and sometimes daydream about more stories featuring Pastoral Greenery. Hell, give me a whole novel. Really embrace the insanity. Give me more grass-eating. Give me a book about Pan. Please. 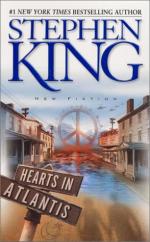 Original plot: A little boy becomes best friends with an elderly paranoid psychopath convinced “low men” are trying to kill him. The boy goes along with the delusion until reality and fiction merge. Is the old man actually crazy? Probably not, but...maybe? At the end, the low men take him away, and much later on the boy receives a letter from the old man informing him he’s free once and for all.

The sequel: I read Hearts in Atlantis over a decade ago and I’m still irritated that “Low Men in Yellow Coats” turned out to only be a novella. I initially had no idea the book was a loosely-connected collection of short novels. I felt ripped off and desperately craved more story. Stephen King owes me more, goddammit. Maybe the old man tracks down the little boy, now an adult himself, in a complete senile-state. Or perhaps the old man is dead and the boy, now himself an old man, places his trust in some other kid. The rest of Hearts in Atlantis is mostly skippable, but “Low Men in Yellow Coats” remains some of King’s best writing. 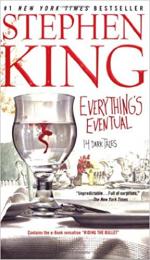 Original plot: A writer best known for books detailing his experiences staying in haunted attractions checks into a famous haunted hotel room and, surprise surprise, is haunted right the fuck out.

The sequel: The writer may leave the hotel at the end of the original short story, but do you know who doesn’t escape? The manager, Mr. Olin, who’s attempted to keep the room vacant for multiple decades at this point. Surely he doesn’t quit after the events of “1408." Does he ever attempt to cure the haunted room once and for all? Does he ever suffer enough budget issues to let some reality ghosthunting show set up shop for a few extra bucks? This is a story I want to read. And if Stephen King isn’t up for it, I feel like I’ve more than proven my ability to write about weird shit happening at hotels. Put me in, coach. I’m ready. 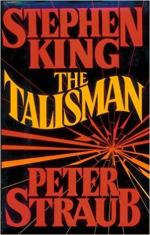 Original plots: In The Talisman, a twelve-year-old boy travels between worlds to save his sick mother. In Black House, the very same boy, now a lieutenant for the LAPD, attempts to catch an Albert Fish-esque serial killer.

The sequel: Both King and his collaborator, Peter Straub, have mentioned from time to time that a third book is in the works. This entry is just serving as a reminder that I want it, and I want it now. I assume Jack Sawyer (the protagonist from the first two books) will be an old man in this entry. As for the story, I can’t even begin to speculate. Hopefully they find a way to squeeze Wolf back into the show, is all I'm saying. 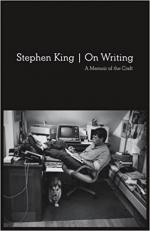 Original plot: Non-fiction book consisting of autobiographical sections and sections on the craft of writing.

The sequel: On Writing came out nearly two decades ago. I’m positive King’s learned new tricks and come to different conclusions about the craft since then, and I want to hear all about them. 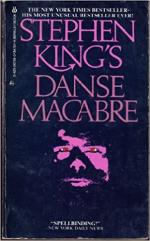 Original plot: Another non-fiction book, this one analyzing the horror genre and the important titles published in the 19th and 20th centuries (mostly 1950s-1970s).

The sequel: The same sort of book, but focusing on the genre from the ’90s to present day (Grady Hendrix’s new Paperbacks from Hell already has the ’80s covered). 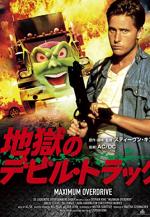 The sequel: This is one I want to SEE. Based off the short story “Trucks,” Maximum Overdrive is the only film King’s directed, and it’s probably the best film adaptation of his work ever made (Don’t @ me). I want King to create a sequel, and I want—no, need—Emilio Estevez to return for the starring role. And if you can’t give me that, then for the love of god, please give me Maximum King (Google it). The world needs this right now.

Original plot: A hitman is hired to whack an evil cat. After a hilarious series of hijinx, the cat forces itself down the hitman’s throat, killing him. Finished with the hitman, the cat leaves to take care of “unfinished business” concerning the man’s employer.

The sequel: I mean, it’s obvious, isn’t it? This is John Wick, but instead of Keanu Reeves...it's a cat. A cat that goes on a very violent, bloody rampage seeking revenge on those who have wronged it. Movies, books, I don’t care how you make them, either way this would become my absolute favorite series of all time. 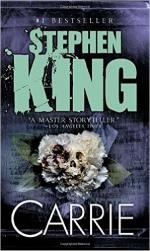 Original plot: Carrie, raised by an abusive mother and relentlessly bullied by classmates, develops kickass telekinetic abilities and murders everybody who was ever mean to her.

The sequel: Actually, not a sequel, but a prequel—about Carrie’s mother, Margaret. If you’ve read Carrie, then you know how fucking nuts this woman is. Here’s what we already know about Margaret’s backstory: her father died in a gunfight of some kind, at a very young age she attended a fundamentalist church group, and she denounced her mother for “living in sin” with a new husband. Margaret eventually married a man named Ralph White, who wasn’t exactly sane either. Before their marriage, Ralph impregnated her and Margaret induced a miscarriage by falling down some stairs. After their marriage, Ralph promised never to have sex with Margaret again, only to break that promise by raping her sometime later and impregnating her with Carrie. Not a lot is known about their marriage. Evidently Ralph was a big fan of walking around the neighborhood with a bible in one hand and a pistol in the other. He died seven months before Carrie was born in a construction accident. We also know Carrie showed signs of her abilities at a very early age, and Margaret debated several times just killing her and getting it over with. Tell me that wouldn’t make for a great novel and I’ll tell you what a lie looks like. There are so many opportunities for a disturbing, fascinating story. King could even be consistent and call the novel Maggie. C’mon, man. There’s the idea. Now run with it.

Well, those are my ten ideal King sequels. What are yours? Sound off in the comments.