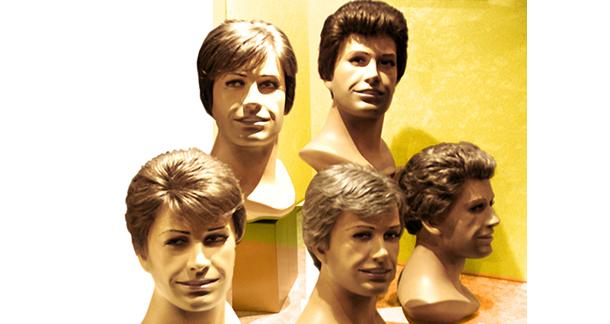 Okay, so when you're not trying to be very politically correct about it, chances are you think of romance as a feminine genre and crime as a manly one, right? You are obviously wrong because a plethora of authors in both genres have shown that, even if romance if predominantly consumed by women, gender has absolutely nothing to do with writing. Just kidding: it totally does. In any case, I want to prove to you that poetry is, surprisingly, the manliest genre. Here are ten reasons why.

You know the balls you need to have to answer the question "So, what do you do?" with "I'm a poet"? Anyone who calls him or herself a poet has balls the size of small cars and is not someone you want to mess with. When someone says to you "I'm a poet," you should treat them the same way you'd treat someone who told you "I'm a high-ranking member of the Mexican Mafia."

These women make men want to be women so they can write as amazingly as these women, and that's the manliest thing ever.

2. No guns or monsters

Here comes someone yelling "Check out all these poems about guns and monsters!" Go back to mom's basement, person. Crime is full of guns and horror is full of monsters. Men and women can easily rely on those tropes to write horror and fiction, but poetry is different because it isn't required to utilize those tropes as much. No, poetry relies on actual words to get the message across. Poetry paints visions that can make you feel scared, but it does so mostly with feelings, like a real man...or woman who's a Man in terms of poetry...or...you get the point.

Just like mansplaining and manspreading, wordspreading is something no real man should ever do, and poetry doesn't do it. The fact that poetry packs so much into such a reduced word count should make readers talk about poets the way we talk about boxers and MMA fighters. You want to tell me a story? Fine, but can you do it in less than 200 words? That's a test of manliness.

Shut up! I know there are long poems!

Sure, there are a few horror authors out there who deal with their mommy or daddy issues through their fiction, but when it comes to poetry, it's all about the feels. There's no hiding behind narrative or any of that nonsense...most of the time. You have to crack your chest open, reach in, pull out your heart, and then write down what it tells you. That's manlier than John Rambo fighting a bear with a knife while eating a steak at a strip club.

Here in the electric dusk your naked lover
tips the glass high and the ice cubes fall against her teeth.
It’s beautiful Susan, her hair sticky with gin,
Our Lady of Wet Glass-Rings on the Album Cover,
streaming with hatred in the heat
as the record falls and the snake-band chords begin
to break like terrible news from the Rolling Stones,
and such a last light—full of spheres and zones.
August,
you’re just an erotic hallucination,
just so much feverishly produced kazoo music,
are you serious?—this large oven impersonating night,
this exhaustion mutilated to resemble passion,
the bogus moon of tenderness and magic
you hold out to each prisoner like a cup of light?

Go online and look up images of poets. Generally, you'll find men wearing suits or sports jackets. And they always have a drink, a cigar, or both. Think about it: what's more manly that lounging around in your mancave wearing a dark jacket, sipping bourbon, and smoking a cigar? That's right, the answer is nothing.

"Never envy a man his lady. Behind it all lays a living hell." True or false? Only real men/poets know the answer.

Go read Sylvia Plath, Maya Angelou, Lucille Clifton, Emily Dickinson, Julia de Burgos, Anne Sexton...the list goes on. The point is this, and here's where things are gonna get so complicated it'll blow your mind: these women make men want to be women so they can write as amazingly as these women, and that's the manliest thing ever.

I love Bukowski's work. I had a story published in a Bukowski tribute anthology. His poetry blew my young mind and showed me what brutal honesty looked like on the page. When I moved to the United States, I met a few readers who loved to hate on Bukowski, and I gave them a piece of my mind. That being said, he was a misanthropic boozer with too many insecurities who was somewhat of a misogynist. He was a very flawed individual and his anger is palpable in a lot of his interviews. Isn't that an example of a man being a man who teaches other men what not to be? Again, that's a complicated thought, but so is manliness. Oh, and he said this: "Never envy a man his lady. Behind it all lays a living hell." True or false? Only real men/poets know the answer.

Times this ugly, poor soul has kissed a woman after saying "Let me tell you all about this crime/horror/whatever novel I'm reading!" = 0

Times this ugly, poor soul has kissed a woman after reciting some poetry = way too many to remember.

10. Poetry is closer to music than other genres

You know it's true, so whether you love Bob Dylan, Biggie, or Johnny Cash, poetry should be your thing because it's mostly like reading lyrics.

Is poetry the manliest of genres? Note: before commenting, please look at the top of the article and notice that "humor" is used as a keyword. Thank you.