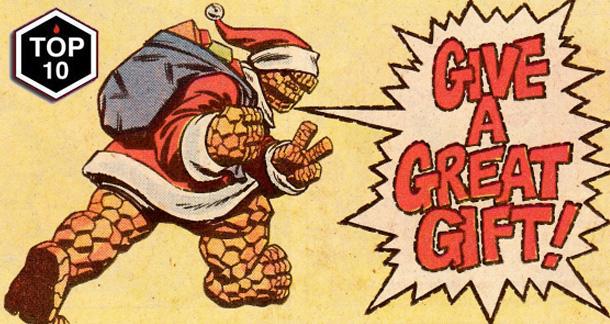 Know some geeks? Sure you do! Here’s what to get them this year for the holidays. I even managed to include a few books! 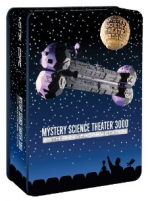 FOR THE TV GEEK

MST3K 25th Anniversary Collector's Tin! Oh man. This show. I remember discovering it when I was about 19, during my second year of college. My first thought was “Is this real?” quickly followed by “I have found my people!” If you know anyone who’s a fan, this limited edition collector’s tin is filled with a handful of the show’s best never-been-released episodes  — featuring both original creator Joel Hodgsen as well as Mike Nelson. It is a must have. The set includes The Day The Earth Froze — widely considered one of MST3K's best episodes ever. Also included are a handful of special features including a three-part documentary. I know this is on my list. 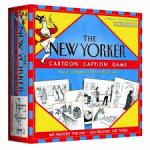 FOR THE BOARD GAME GEEK

One of the best board games I’ve ever played — especially when it's with a clever, creative (and funny) group of people — is The New Yorker Cartoon Caption Game. The gist is that players look at New Yorker Cartoons without captions and come up with their own. Players score points by having the best caption as voted by whoever’s turn it is, as well as accurately guessing which caption was written by which player. This game is not new (I bought mine years ago), and as a result it’s actually become hard to come by, but it's worth the search (and in some cases, the elevated price tag). Amazon still has some available, so run don't walk to your nearest linkage. If you’re a board game junkie, or know anyone who is, I urge you to snap one of these up as it’s a unique game and one that everyone I’ve ever showed it to has enjoyed the hell out of. Well, except that one guy, but there's always one of him, right?

FOR THE TECH GEEK

I confess to a weakness for awesome flash drives. Last year I had the excellent Batman flash drive from Mimobot on my list. This year, the "to die for superhero flash drive" is easily these articulated Iron Man gloves. So incredibly cool. This is certainly on the high side, price wise, for an 8gb flash drive, but let’s face it, you buy this and you’re not paying for the size of the drive, you’re paying for the awesome factor. I’ll say it again ARTICULATING IRON MAN GLOVES. So cool.

FOR THE NEW(ER) COMIC BOOK GEEK

Two of the best comics of all time, Brian K. Vaughan and Fiona Staples Saga, and Matt Fraction and David Aja’s Hawkeye, also happen to be recent enough that it’s easy to bring any reader up to speed. Both books had their Volume 2 trades newly out in 2013, which is what I'm linking to here, but it’s easy enough to pick up the Volume 1 trades as well, and together that will bring readers from inception to almost current. If you want an epic, hilarious, space opera that’s decidedly adult with stunning visuals, then Marko and Alana’s adventures in Saga are perfect for you. If you’d prefer to read about what the slightly (and sometimes brutally) down on his luck Hawkeye from the Avengers does in his downtime, and want to laugh your head off while marveling at truly phenomenal storytelling, then Hawkeye is the book for you. Personally, I'd recommend investing in them both. You won't regret a minute you spend reading them, or a penny you spend acquiring them. 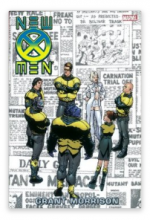 FOR THE OLD(ER) COMIC BOOK GEEK

Newly out this year is an omnibus collecting Grant Morrison and Frank Quitely’s bold and sometimes insane take on the X-Men: the New X-Men. A hardcover clocking in at 1120 pages, this is the X-Men at their most interesting and admittedly off the wall. Collecting New X-Men #114 to #154, a 2001 New X-Men Annual, as well as some fun extras, this is a gorgeous addition to any bookshelf. And the reading isn’t half bad, either. Omnibus's can be tricky in that they're sometime too large and cumbersome to be easily read, but it's hard to resist having this collection all in one place and easy to pull off the shelf. 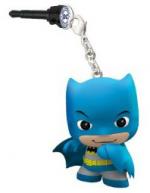 FOR THE GEEK OF CUTE

Why is this Batman keychain so cute?!? While I’m partial to Batman, as always, there’s a whole adorable line of these, including the rest of the Justice League — Superman, Wonder Woman, Green Lantern, Flash, and even the never included Martian Manhunter! Additionally, while collectibles like these often give superheroines the shaft, the line also includes an old school Catwoman, a Hawkgirl, and a Harley Quinn (as well as an adorable Joker). I confess after finding these I added them to my own wish list — and had to resist adding the entire line. So hard to choose! 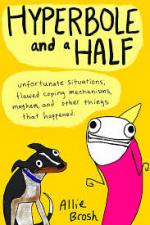 FOR THE WEBCOMIC GEEK

One of the best webcomics I’ve ever read (up there with Kate Beaton’s Hark, A Vagrant!, but tapping a very different but equally hilarious vein) is Allie Brosh’s Hyperbole and a Half. Just this fall an awesome edition collecting her strips: Hyperbole And A Half: Unfortunate Situations, Flawed Coping Mechanisms, Mayhem, and Other Things That Happened was released. You can check out Brosh’s comics here if you want to see if they pass a litmus test, but I promise you that after losing an hour of your day to cackling madly at your computer screen, you’ll be buying the collected edition anyway. In fact, you’ll probably be buying one for whoever is on your list and one for yourself. This book is on my list and if my family and friends fail me, it will be my first post-Christmas purchase.

FOR THE PARENT/CHILD GEEK

Goodnight iPad, a parody of the infamous nighttime reading story Goodnight Moon, must come from the mind of an exceedingly clever genius. Charming and perfectly in the spirit of the original, but updated for our obsessive device driven society, Goodnight iPad is pretty much adorable. The link below is to buy via Amazon – where you can get Goodnight iPad in print – which pleases me greatly despite seeming somewhat counterintuitive. You can also buy Goodnight iPad at the Amazon link for Kindle, which is just...weird. Should you want the more appropriate Goodnight iPad on an actual iPad, here’s your link. 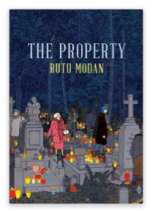 FOR THE LITERARY MINDED GEEK

Rutu Modan’s latest book, The Property, was released earlier this year, and like everything else she’s done, it’s wonderful. Beautifully illustrated, subtle but poignant, and emotionally resonant without ever feeling cloying, it’s easily one of the best graphic novels of 2013. It also happens to be a gorgeous hardcover edition that will be at home on any well-stocked bookshelf. Sure to show up on many “Best of 2013” comics lists, you really can’t go wrong with The Property. If you’re feeling extra generous, consider picking up Modan’s excellent Exit Wounds while you’re at it.

FOR ANY GEEK (OR AT LEAST ANY SUPERHERO GEEK)

These “Batarang Throwing Knives” are so cool. I hope my friends and family are reading so that these end up in my stocking this year. Yes, they serve absolutely no functional or reasonable purpose (although the "someday we’ll probably be in a zombie apocalypse pessimist in me" forsees a world in which I throw them expertly at zombie heads) but the geek in me cries out for them all the same. They are pure hardcore fun. According to reviews they do not actually have the logo/words on them as pictured (a bonus as far as I’m concerned). Word to the wise, these are imported from somewhere (China?) and shipping speed seems unclear. One reviewer mentions that they take a long time to ship/arrive, while another says they arrived in a matter of days, so be careful when ordering to check ship dates.

Hope these ideas struck a chord for some geeks you know, or perhaps helped you flesh out your own wish list. If I missed anything utterly brilliant that you found this season, be sure to share it in the comments.

From the content of this post, you are a poser attempting to intelligently discuss a subject you don't understand.

You can really tell that Mitch is an intelligent discussion expert by the way he's provided several clear examples supporting his assertion. We are so lucky he took the time to not only read but respond, lest we be taken in. I can't imagine the humiliation if I'd actually given one of these items as a gift.

Seriously, Mitch? Is this 1995? Poser? Who the hell even says that anymore?

Aside from MST3K, not much of this appeals to me, but it's a friggin' column to give folks a few ideas for a nice gift that a geek loved one may enjoy. It's not an analysis on the historcal significance of Batman's purple gloves from 1939. Get over yourself and take a breath.

Whatever, Kelly, it's sort of awesome to see you on Litreactor, as I've been a fan of She Has No Head! for a few moons. Thanks for the article and the reminder that I first saw Gamera for the first time on MST3K when I was a tiny, impressionable lad.

Joshua Chaplinsky from New York is reading a lot more during the quarantine December 15, 2013 - 7:03pm

Mitch Lavender, ladies and gentlemen! A site member since we launched in 2011. This is his first interaction with the community, and boy, was it worth the wait.

Joshua Chaplinsky from New York is reading a lot more during the quarantine December 16, 2013 - 9:04am

Also, the New Yorker game rules! Dick pie for everyone!

Moderator
Utah from Fort Worth, TX is reading Lonesome Dove by Larry McMurtry December 16, 2013 - 9:16am

I have an earlier version of the Batarang, because my mom loves me.  Some small differences, but the overall effect is the same:  awesomeness.

Taylor from Durango, Colorado but living in Portland, Oregon is reading The Paradox Hotel by Rob Hart December 16, 2013 - 9:21am

Mitch = "that one guy, but there's always one of him, right?"

Nice article. I am not often drawn to graphic novels, but there are at least three things on this list I REALLY WANT. 1) That New Yorker Game! Awesome! 2) The Hyperbole Book--I actually almost bought one at this bookstore in Seattle over the weekend, and 3) Goodnight iPad, 'cause my kid LOVES our iPad and actually knows how to get it to do things I didn't even know it could do.