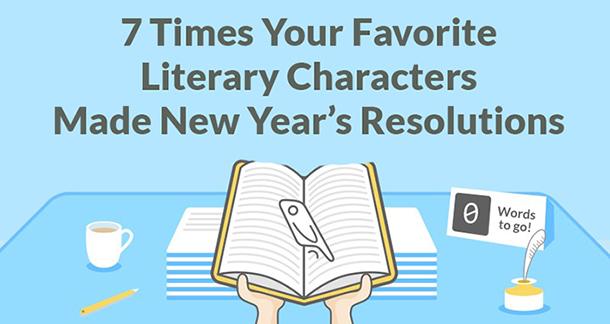 As we say goodbye to 2019, it's time to start planning for 2020 and all that it will bring. This includes, of course, our yearly tradition of making New Year’s resolutions that may or may not be a little overly optimistic. Some of you might have decided that you’re going to read more books in the coming months. Others might already have resolved that this is the year that you’re going to get published.

To inspire you to greater heights this year, I ponder how our favorite literary characters might approach their resolutions. What, for instance, might Hermione Granger set out in determination to accomplish on January 1? What would Sherlock Holmes’ New Year’s resolution be?

Here are some non-definitive answers. 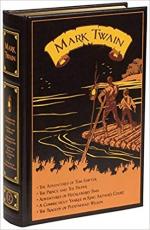 Mark Twain, author of The Adventures of Huckleberry Finn, actually knocked New Year’s resolutions quite a bit back in the day. As published in the January 1, 1863 edition of the Territorial Enterprise, Twain wrote with gleeful sarcasm, “Now is the accepted time to make your regular annual good resolutions. Next week you can begin paving hell with them as usual. Yesterday, everybody smoked his last cigar, took his last drink, and swore his last oath. To-day, we are a pious and exemplary community.”

So you can bet that his characters — particularly Tom Sawyer and Huckleberry Finn — probably won’t be making devout, serious, and moral resolutions to quit their trouble-making or rough-housing ever after. Instead, at the stroke of midnight on January 1, Tom would most likely already be planning his next merry scheme, while Huck Finn might already be lit out West, desperately resolving to not be "sivilized" and not to end up back in Aunt Sally’s clutches.

Chances of success, three months into the new year: 10/10 for both Tom and Huck.

J.K. Rowling is a fan of New Year’s resolutions, once sharing her own resolutions with her fans (highlights include: mucking out her study, not losing any more notebooks, and being more ruthless about protecting writing days). We also know that most wizards aren’t totally unfamiliar with Muggle traditions, so it’s very possible that some of her characters did indeed get into the habit of making their own New Year’s resolutions.

Indeed, it’s easy to see Hermione Granger vowing to be ruthless about protecting her reading days. And Arthur Weasley, #1 lover of all things Muggle, would also probably be very enthusiastic about participating in this particular Muggle custom, and resolve to either be an even better father or to try out another one of those exciting new Muggle exercise fads — like SoulCycle.

Chances of success, three months into the new year: 10/10 for Hermione and 9/10 for Mr Weasley.

The mere idea of making a New Year’s resolution would certainly be too provincial for Sherlock Holmes, who would likely pooh-pooh it as a faulty exercise for lesser mortals with considerably inferior minds.

Chances of success, three months into the new year: N/A. 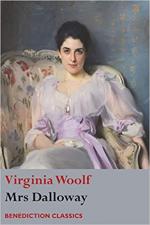 Virginia Woolf, the author of Mrs Dalloway, also actually made a few very admirable New Year’s resolutions. Writing in her diary in 1931, she noted:

January 2, 1931:
Here are my resolutions for the next 3 months; the next lap of the year.
To have none. Not to be tied.
To be free & kindly with myself, not goading it to parties: to sit rather privately reading in the studio.
To make a good job of The Waves.
To stop irritation by the assurance that nothing is worth irritation [referring to Nelly].
Sometimes to read, sometimes not to read.
To go out yes—but stay at home in spite of being asked.
As for clothes, to buy good ones.

Interestingly, Clarissa Dalloway’s New Year’s resolution would probably be the reverse of Woolf’s personal desire to “be free & kindly with [herself], not goading it to parties.” Mrs Dalloway’s sense of self-worth is too closely tied to the magnificent parties that she throws. So it’s not inconceivable to imagine Mrs Dalloway tentatively going in the opposite direction of Woolf and determining to throw more parties in the new year. For the sake of Mrs Dalloway’s own mental health, however, let’s hope that Mrs Dalloway will simply resolve to take more long walks through London — one of the rare moments that we see her experiencing a sincere feeling of freedom.

Chances of success, three months into the new year: 5/10. 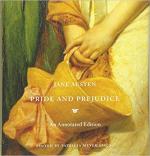 5. Mrs Bennet from "Pride and Prejudice"

McSweeney’s already has a tongue-in-cheek list of a Jane Austen heroine’s New Year’s resolutions (which includes the universally applicable resolution to “argue less about who’s taking which carriage — we’ll all get there eventually”), so I’m going to take this opportunity to zero in on everyone’s favorite busybody mother, Mrs Bennet.

The possibilities for Mrs Bennet! As Jane Austen writes, “The business of her life was to get her daughters married; its solace was visiting.” One would think that Mrs Bennet’s resolutions would inevitably be somewhere along this short spectrum — perhaps it would be to use Mr Darcy’s connections to better insert herself into society. Or to marry off her remaining children (which will admittedly be another uphill task for her, if Mary Bennet has anything to say about it). Or to get Mr Bennet to speak more than two short sentences to her at a time.

Chances of success, three months into the new year: 1/10. 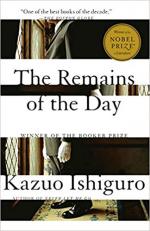 6. Stevens from "Remains of the Day"

Stevens, our protagonist in Kazuo Ishiguro's Remains of the Day, is a very professional, very perfect butler. He devotes his whole life to his duties, and the tragedy of this slim, quietly devastating book is Stevens’ deceit of his own self in always prioritizing the professional over the personal, and then willfully misunderstanding his past employer’s less-than-moral acts. Repressed as he is, it’s probably likely that Stevens would return to Darlington Hall at the end of Remains of the Day and simply make it his New Year’s resolution to continue working on improving his banter for his new employer, Mr Farraday.

Chances of success, three months into the new year: 10/10. 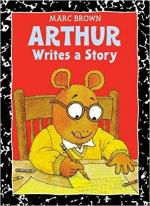 Let’s end this post on a childhood note for many folks! Arthur is not only a bestselling children’s book series, but also one of the longest-running children’s television series in the United States, having aired on PBS Kids from 1994 until now.

In 2019, Mr Ratburn made waves when he came out on public television and got married to a chocolate shop owner named Patrick in “Mr Ratburn and the Special Someone.” In celebration of this joyous moment, let’s take a moment to see what Mr Ratburn’s New Year’s resolutions might be. He is admittedly a rat of many interests — outside of being a dedicated teacher, he is an avid bird-watcher and a fan of rock music, having once played in a rock band called the Ratburn Rats that he himself formed. And so, his resolution might be anything from finally learning the ropes of his school’s new and bewilderingly modern technology to convincing Patrick, his husband, to like bird-watching.

Chances of success, three months into the new year: 7/10.

Who are some of your favorite literary characters? How might they approach New Year's resolutions?