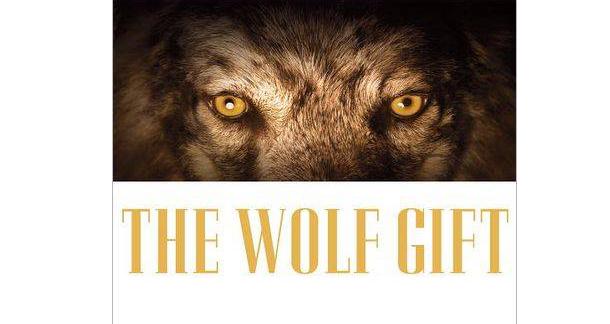 The Wolf Gift marks Anne Rice’s return to the gothic horror novels that her fans adore, this time taking a detour from vampire territory into the lair of the werewolf. Reuben Golding is a handsome, wealthy young reporter nicknamed “Sunshine Boy” due to his charmed life and easy smile. On assignment at a sprawling estate in the mountains of Mendocino, California,  Reuben meets the elegant Marchent who has lived a tragic life as the heir of Nideck Point. Her parents are dead, her brothers are estranged, and worst, her beloved uncle Felix disappeared without any sign twenty years before. Reuben and Marchent share a connection, and Reuben stays the evening, only to fall prey to a large, mysterious beast who mauls and bites him nearly to death.

Reuben heals with shocking speed and finds himself privy to many extraordinary changes in his physiology. As his concerned parents, brother and girlfriend press him for answers, the Sunshine Boy soon learns that he must retreat into himself to uncover the mystery of Felix, of Nideck Point, and of the Wolf Gift.

The Wolf Gift is a return to form for the Queen of the Macabre, who sired a world of vampires that neither sparkled nor swooned, and whose Vampire Chronicles kept me awake and riveted at night, flying through hundreds of pages with my head under the covers as a horror-obsessed teen. As with The Vampire Chronicles, Rice creates a rich and nuanced mythology for The Wolf Gift, a sense of legacy that this is not the first story but one of thousands going back to the beginning of time.

As Reuben investigates his new condition, he learns more of what is known as the Chrism, an ancient word encompassing the remarkable changes he is undergoing. He is introduced to a group of other “Man Wolves,” who have existed this way for time out of mind. He learns that the change is not brought on by the full moon, but rather by witnessing someone in danger. Reuben is not a mindless, ravenous beast. The Chrism only allows him to hunt the evil, to protect the innocent—and, okay, to eat a few blameless mountain lions and bunnies. This reimagining of werewolf as superhero is one way in which Rice breathes life into an archaic tale.

They’d followed old roads and old paths lost in the brush, and now and then come out on a rocky ledge above the cold iron-colored Pacific, only to duck back quickly into the sheltered and damp world of gnarled oak and bracken[…]

The huge old house was wintry with deep slate roofs and diamond-pane windows. It was built of rough-faced stone, and had countless chimneys rising from its steep gables, and a sprawling conservatory on the west side, all white iron and glass.

Equally abundant are the portraits of the area. As wholly as Rice once made New Orleans an inhabitable universe for her characters, San Francisco and Mendocino now make a total, integral setting for Reuben and those surrounding him.

The novel is fully engrossing for most of its 404 pages, but a large section in the middle seems to spin out of Rice’s firm grasp. Over a hundred rambling pages feel as if they consist of little but Reuben’s fighting the change, changing anyway, running through the city and mauling criminals as the Man Wolf, changing back and feeling conflicted before soon fighting the change once again. And I can only hope and assume that Rice is planning a sequel, for the novel ends abruptly soon after we receive a large bit of intriguing information and meet some fascinating new characters. The only real flaw in this assured, intelligent, lovely novel is that the pacing is unexpected and somewhat disconcerting.

The Wolf Gift is a novel for grown-ups, although I certainly would have eaten it up with gusto as a teenager. The book asks compelling questions of theology, of science, of philosophy, of ethics. Reuben’s brother is a priest; his mother is a doctor; his father is a poet and his girlfriend is an attorney. He attempts to reconcile himself with his extraordinary circumstances through their eyes, at points seeing his transformation in terms of hormonal changes, religious curse or blessing, poetic legacy, or legal liability. But in the end Reuben accepts the Chrism as it is intended: a gift.

Oh. My. God. I can't wait to read this. Thanks for the review.

Meredith from Houston, Texas is reading His Dark Materials by Philip Pullman February 15, 2012 - 11:46am

You'll definitely enjoy it! I flew through it.

SGJ from Midland, Texas (but in Boulder, Colorado, now) is reading weird fiction and horror fiction and science fiction and literary fiction and innovative fiction, or maybe a romance or a western or a magazine on bowhunting or show trucks or anthropology February 15, 2012 - 6:42pm

thanks for the write-up. got it on my device now. anxious, anxious. so dug her vampire stuff, but the only problem with it was always that it wasn't about werewolves. this could be the fixing of that.

As morbidly curious as I am about this, the author is notorious for running out of steam 2-3 books into an idea. I wonder if she's planning any sequels.

JameseyLefebure from Liverpool, Uk is reading The Gunslinger- Stephen King March 17, 2012 - 5:42am

I have such conflicted feelings over Anne Rice. I *really* didn't like the Vampire books and i tried so many times to get into them, yet on the flip side I *loved* the mayfare witches, I just don't seem to be able to fully connect with her writing style - although I am a sucker for a good werewolf book.