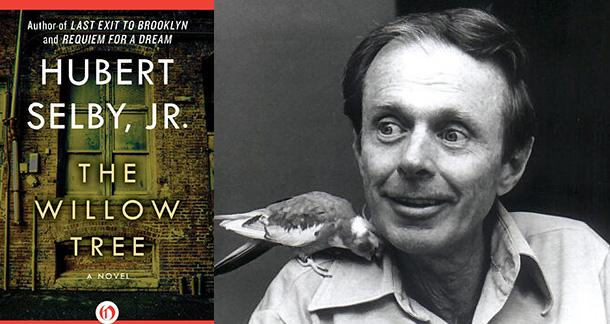 My girlfriend and I were walking with two friends in Slovenia, at night, when two drunk guys started calling after us. They followed us for a little while, talking to one of the women in my group. She ignored them and mumbled, "Let's just keep walking." The guys tried again, and one of them grabbed her arm. She yanked it away and walked on. So the guy who had grabbed her waited for her to turn away from him, lifted his foot, and kicked her to the ground.

I had to step in, and found myself overwhelmed by two drunks and another man who crossed the street, apparently just to help them out. But I was lucky. All I got was some bruises, a busted lip, and a poor night's sleep. In the novel I was reading at the time, for this review, an eerily similar thing happens: the protagonist and his girlfriend are walking around one day, and a group of young men approach them, calling out to the girlfriend, then beat the protagonist up.

It was a freaky coincidence, to be sure. But that novel was by Hubert Selby, Jr. Anyone who has enjoyed or suffered through his novels surely knows how oddly personal they feel; how, no matter the extent of the darkness in those books, they speak to something inside you. Selby grappled with his darkness at every point, and forced readers to recognize themselves in the torment of his characters.

Although Selby's style is the first thing the noob notices, it was never important. What stands out most in these stories is their almost incautious honesty. They feel true.

The Willow Tree captures, uncomfortably, Selby's power over his readers. It came twenty years after his previous novel, Requiem for a Dream, a beautiful book, saturated with suffering and despair. Darren Aronosfky's film adaptation, jumpy and flashy as it was, somehow got it right.

Here, Selby goes for something more subdued. The novel begins with Bobby leaving his family's apartment in the Bronx to meet his girlfriend, Maria, in the street. He's black, she's Hispanic. They love each other. Then some local Hispanics start picking on Maria for dating a black kid: "Hey, youre hurtin all a us goin out with this black piece a shit." So they proceed to beat the shit out of Bobby, and throw lye in Maria's face. Bobby stumbles around bloodily and finds himself nursed by an old immigrant, Moishe. When he's able, Bobby decides, he'll find those "spics" and crush them.

You'd be forgiven, after reading those opening pages, for thinking this is a revenge story. In some ways it is, but Selby's violence was always balanced out by tenderness and caution. In The Willow Tree, it's not revenge that preoccupies Bobby and his new, tormented friend Moishe. It's the possibility of starting again. "To honor one life is to Honor the Infinite Spirit of LIFE," Selby writes at the very start of the book. A qualified optimism prevails. Moishe and Bobby find peace in each other. Moishe doesn't become Bobby's mentor, though he's older and wiser. A friendship blossoms instead, and it's a touching one.

Moishe's years in a concentration camp decades earlier never managed to destroy him. Though he struggles with his need for a revenge he'll never have, because the crimes against him are so impossible to think through objectively, he's never given up the way he seems to think he has. In paragraphs that flow on for pages, as they often do in Selby's work, Moishe attacks himself. His hatred, love and confusion leave him desperately trying to make sense of Bobby, the only companion he's had for a long time. As their bond grows, so does the novel's interest.

But The Willow Tree, like some of Selby's other novels, has its share of less satisfying moments. Some of its sudden changes in register can be jarring, especially when the prose appears to strive for a more self-consciously "literary" effect:

… the first hideous, endless night in the camp they stood in the leaden air on ground screaming with the torturous tortured voices of those who had preceded them, stood through the leaden day into the leaden, interminable night when suddenly floodlights stabbed their eyes as had the sun, and the putrid, befouled men struggled to stay erect less they be beaten and tossed into a ditch and set on fire as had others, their screams twisting into their brains.…

With passages like this, I feel Selby didn't realize the greatness of his writing came from its distinctive and unashamed roughness. His was a very unique, often beautiful voice. But those qualities came out the most vividly when he didn't strive for them — when he captured, often perfectly, the voices of his characters, instead of emulating a literary voice. At its weakest, Selby's prose imposes an awkward distance between the character and the narrator:

Moishe had started to get up, but something kept him in his chair so he just watched Bobby move to the bedroom seemingly inanimate in all areas except movement, a terrible lifelessness saturating Bobbys body yet Moishe painfully aware of the hatred flowing through and from him.

No character in The Willow Tree speaks that way, and for good reason. Never mind the clumsy syntax. Weird syntax is not, in itself, an obviously bad move. It's the intrusion of that other, more deliberate voice that feels wrong. The confusion of images is distracting: movement and fluidity, flow and life, these are concepts you'd think could work together here, but I don't think it works. The problem is much worse in Waiting Period, Selby's last novel, because there the occasional shifts from first-person to third-person are particularly indelicate. Here, it's an occasional annoyance. Where The Willow Tree shines is in from its characters speaking to each other and discovering worlds and generations they never understood, and when the narrator butts in this way, the effect is weakened.

Still, the effect is there. When we say a writer has an ear for dialogue, we often mean he can capture the rhythms and shifts that mark a typical conversation, without being "too" realistic or "too" artificial. Selby had something more interesting than the cliché of an "ear for dialogue" suggests. When he truly trusted himself, and more importantly, when he trusted his own characters, he produced pages carried forth only by the agony in those characters' voices. Dialogues, actions and interior monologues all merged in what could feel like an overflowing of Selby's power. Certain sections of Requiem for a Dream represent, to me, examples of the most wonderful and inexplicably effective writing I've encountered.

Selby manages to make writing about love and forgiveness feel edgier than anything you've seen at the movies this year.

Years later, when he was writing The Willow Tree, Selby had reigned in a few aspects of that uncontrolled inspiration, and as a result the novel feels a bit more crafted than what had come before. It is much easier for the reader not to get lost in the longer sections of unattributed dialogue, and the dialogue itself feels pleasantly focused. Bobby and Moishe are endearing creations, though not especially original ones. Moishe, haunted by memories of the concentration camp, finds in Bobby a new source of hope and companionship. And Bobby, only recently in his teens, discovers in Moishe something more important than just a father figure or friend. The exchanges between these outcasts are marked, notably, by a lot of laughing. Moishe tends to start laughing, then Bobby joins in. They eat a lot of ice cream. There's a weird sweetness to all of it, and Selby's slightly cleaner style conveys it well.

But any reader of Selby's fiction knows that although his style is the first thing the noob notices, with its bizarre punctuation and purposeful messiness, it was never important. What stands out most in these stories is their almost incautious honesty. They feel true. Selby reveals himself. The psychological violence doesn't feel tacked on for shock. Yes, there are lapses into melodrama, but so what? The writhing in bed that his characters know too well is real. All the talking to yourself, all the insecurity that comes out as rage. A cheaper, lazier novelist would have given me the revenge I wanted when those drunk Slovenians attacked me and my girlfriend. Bobby would have strapped on some balls and picked up a hammer and found his aggressors and taught them a lesson. Maybe Moishe would have taught him how to fight first.

I've never read The Willow Tree, but I will cause I love Selby.

It must be very difficult to keep the authentic voice of the street when you learn how to write 'literary'. I still think he was a master at this and, like you say, at making love and forgiveness look cool.