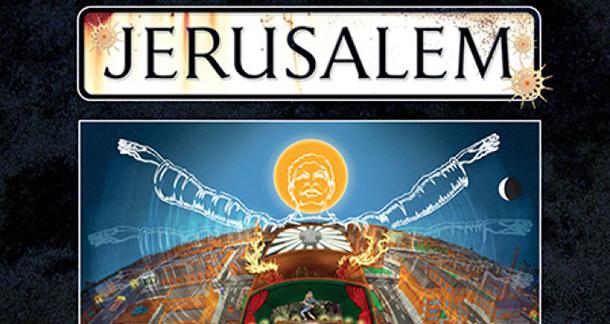 Thirteen was a big year for me.

It was the year I rode on an airplane for the first time; I watched a toothless, homeless black lady who sounded exactly like Billie Holiday sing on a street corner in San Francisco, and I decided the Bay Area was where I wanted to spend the rest of my life. (That didn’t happen because San Fran was already becoming the Tech capital of the United States and you had to give up one of your kidneys along with first and last month’s rent to afford an apartment.) I read the complete and unabridged version of The Stand and I graduated from being stuck on super-hero comic books and was introduced to the work of Frank Miller and Alan Moore. Don’t get me wrong, they were both still writing superheroes, but what they were writing was completely different from the standard battle and celebrate style comics I’d been reading my entire life.

Now, neither creator was a particularly great writer. (Let’s not argue about this. If you don’t believe me, check out Miller’s run on Daredevil and Moore’s time on Swamp Thing. Their work was equally groundbreaking and terrible.) Their prose was as purple as anything L. Ron Hubbard put to the page and their non-superhero characters (you know, the all-important supporting cast) were stiff cardboard cut outs. But, you know, it was comics, you just kind of expected that. What set Miller and Moore apart from the rest of the pack was that they were subverting the genre and introducing adult elements into work that was meant for children, which from my thirteen-year-old perspective was cool as hell. And let’s face it, both The Dark Knight Returns and The Watchmen completely changed comic books, so much so that DC has yet to be able to escape the legacy of both creators. (This is particularly true of DC’s cinematic universe.) 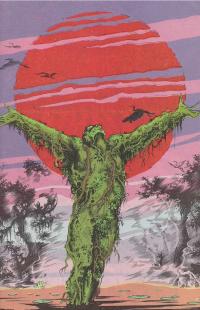 Both Miller and Moore began to branch out into other mediums and continued to create comics that were equally groundbreaking and ludicrous. Moore’s epic From Hell is one of the crowning achievements of comics and Miller’s Sin City is the hallmark crime comic. But, they also produced DKII and The League of Extraordinary Gentleman. And along the way, both men got, well, a little strange. Miller became so conservative that he makes Dennis Miller look like he’s still telling jokes about Camille Pagalia. And Moore, well, he became a wizard and married his wife’s best friend while he was still married to his wife. They, of course, both left him for each other.

Yeah, I’m sure he didn’t see that one coming at all.

Oh, and I’m not kidding about the wizard thing. Apparently, Moore and Grant Morrison have been shooting magic missiles at each other for decades.

I’m not such a fanboy of Miller’s anymore, but there’s something about Moore’s work that still grabs me. He’s on the same level as Stephen King and Kurt Vonnegut for me, which basically means I’ll buy and read anything he produces even if what he’s written should have stayed hidden until after his death and his widows are looking to make a little dough off his corpse.

Which brings us to Moore’s second novel, Jerusalem. (Before you jump to conclusions: No spoilers here, but it’s not that bad.)

When I heard this million-word epic was hitting the stands, I knew I had to read it, and if given the chance, I wanted to review it as well. But the thing is, I knew there was no conventional way for me to review a 1300-page novel, nor was I going to be able to read through it in a month. Hell, It would probably take me a minimum of three months to even get through it. But I decided to go through with the plan and basically keep a journal of my reading of Jerusalem and stretch the review out to four monthly columns.

My long-suffering editor, Joshua Chaplinsky, rightfully laughed at me, shit on my plans, and told me to keep it to two. I agreed, so that’s where we’re at. Welcome to my Road to Jerusalem.

You know, I haven’t handled this a lot since the girls got it for me. Gabino’s right, it’s a fucking weapon. You could seriously kill someone with this. Okay, maybe not kill them, but it would be a lot worse than getting hit with one of the old yellow pages. The hardback would make it worse, that would be what broke bones. It’s a little too late to start now, so I’ll start reading during the baby’s nap tomorrow. Going to read the new VanderMeer now and then sleep.

That was a really long dream sequence. I mean, I don’t mind when novelists start off that way, but you need to turn it around a lot faster. Even with a book of this size, it should be two or three pages, tops. I did like the perspective shift, the brother dreaming he was the sister. I don’t know if it’s right to call the tone Joycean, but it sure seems like it’s what he’s chasing, and he’s got a little bit of it, maybe a little too much.

Going to go and do some writing before the baby wakes up, I’ll read more tomorrow.

This is how I know I’m too used to eBooks. Jerusalem's print is packed and small and I keep losing my place. I feel like a little kid following along with my finger like a fourth grader. Screw it, I plowed through City On Fire, I can plow through this. 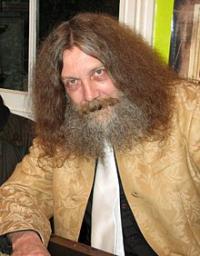 I wonder if Americans dislike European literature? I mean, Americans don’t like literature, period. But I wonder if when the average reader comes across a novel from Europe they immediately tuck it back into the shelf without a second look? You’ve got to wonder if that thing with the American version of Cloud Atlas is a regular thing? I wonder if the publisher did the same thing with Jerusalem?

There’s a lot of sneaking around in this so far, a lot of husbands and wives happening into neighbors who they’re thinking about screwing, but only kind of sort of. It feels like he’s trying to build up some kind of weird sexual tension, as if Northhampton is this huge cauldron of barely restrained sex. Or that it’s all too buttoned down and restrained. It only works a little bit. The prose is detail heavy, sometimes it’s beautiful, most of the time it’s overload.

Lost a week mostly writing, reading other review books, and baby stuff. Back at it tomorrow, still have a month to get through half. Fairly confident I can make it.

What the fuck was I thinking? The past few days I’ve been staring at this brick and turning away from it and picking up another book. I suppose I’ll be accused of having a short attention span, but fuck, I’m basically paid to read for a living, I’m used to big books, but this just meanders so much. Is the age of the BIG novel over with? Or did it ever really exist? Maybe I’m just sick of big books? Maybe I don’t have the patience anymore.

All I’m doing is complaining about how long this thing is.

I came to the realization that I’m not really being fair. Yes, Jerusalem is long, but I’m finally starting to see a story arc emerge. It took long enough. The novel is character heavy. Everyone is neatly developed and packaged, there’s life in them. Or maybe I’m just excited that I’m starting to make connections with the characters. That’s the secret to big books, I think. The longer you’re with them, the more they grow on you. I’m 305 pages in and trying to read as much as I can before Sadie goes on Spring break and I have both the girls home with me. And then the week after, Alicia’s home on vacation. Won’t be getting much done then.

I’ve only read through to page 457. I won’t say I feel paralyzed by Jerusalem, but it’s formalism is a bit staggering in scope. Thinking of it as Joycean is a mistake. Joyce definitely had an influence over Moore’s style, but otherwise, Moore is less autodidactic than Joyce. His writing lacks the fluidity and sheer poetry. But still, most readers will equate the two.

And that’s where I’m at. I bumped my page count up to 460, but otherwise, I’m still bumbling along and hopefully I’ll be done with it by the end of April.

Or maybe I’ll just beat myself over the head with Jerusalem and do some hospital time instead, who knows?

By the way, has anyone out there actually cracked this thing open? If so, what did you think of it? Let me know down in the comments.

Dino Parenti from Los Angeles is reading Everything He Gets His Hands On April 4, 2017 - 7:57am

I felt the accomplishment was just going to the bookstore and physically lifting the thing. You're actually diving in and reading it, so my hat's off. Looking forward to your conclusions.

Joshua Chaplinsky from New York is reading a lot more during the quarantine April 4, 2017 - 2:44pm

How does this compare to, say, his fish-man rape comics?