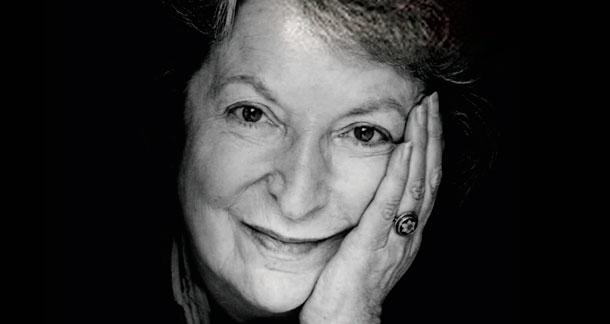 Back when there was still a sense that the internet was competing with print (i.e., in the days before print essentially became a paper supplement to websites), there were certain beliefs about web film critics. We were considered over enthusiastic, our style too colloquial, our reviews too long, our relationships with filmmakers (who identified with us as fans rather than academics) too chummy. Perhaps worst of all, we sought to elevate genre trash to the level of important art.

Every single one of those critiques were flung at Pauline Kael during the time she reigned as the supreme film critic in the United States. Writing for The New Yorker for decades, Kael reshaped the relationship the audience had with the movies, and created a new relationship between the critic and the masses. Kael was not just an analytical thinker when it came to movies, she was a vibrant and exciting writer; unlike many of her contemporaries her reviews were worth reading for her wild prose, her unabashed excitement. It was easy to disagree with what she said - her tastes were sometimes idiosyncratic, and she seemed to thrill at going against the popular tide - but it was impossible to ignore the way she said it.

Late in life, after she had retired and was suffering from Parkinson's, someone told Kael she should write a memoir. "I already have," she said, referring to her body of reviews. For Kael, the cinema was her life, and reviewing movies wasn't so much a job as a compunction. For her reviews were an extension of the post-screening marathon gabfests she would have with friends and followers (who would be known, in her latter years, as the Paulettes). She was present and alive in her reviews; you weren't just reading about the latest movie, you were reading about where Kael was, emotionally, when she saw that movie.

Which means the best way to really come to understand Pauline Kael is to read her collected volumes of reviews, best sellers in their time and mostly out of print now. Most have winkingly sexual titles that sum up who Kael was - I Lost It At The Movies, Kiss Kiss Bang Bang, etc - and they present a chronological history of the most important writings that Kael did.

But even for Kael, the work doesn't say it all, and film critic Brian Kellow attempts to give some context to her long running, serialized memoir. He's partially successful; the reality he faces is that Kael's life was largely spent in screening rooms, arguing with people about movies and writing about movies. As such, Pauline Kael: A Life In The Dark ends up mostly being a biography of her opinions, with the bulk of the book given over to a mixture of film history and contextualizing of her reviews, which are often quoted at length.

The contextualization is welcome; discussing Kael's review of an Altman film in the light of her relationship with him (she was always one of his biggest supporters, although she was merciless with his lesser work) makes sense and is fascinating. Less welcome is when Kellow inserts his own opinions, taking Kael to task for missing the point of a movie, or agreeing with one of her strident opinions. The title of the book is Pauline Kael, sir.

It seems as though Kellow didn't get much access to Kael's daughter, Gina, or her grandson, and so he relies largely on the memories of surviving friends, letters, clippings, and occasionally, Kael's unpublished notes. This means that his account of her early, non-reviewing years are less than authoritative. That section of the book is still interesting, and Kellow manages to shed much light on the aspects of her upbringing that would reverberate strongest in her writing - including her complicated relationship with her own Jewish identity - but it feels like sketches.

Kellow is much better in the middle bulk of the book, analyzing the thought processes that led Kael to her opinions on film. She was a woman who blazed trails for her gender - a single mother, she doggedly pursued a career and never defined herself by her man (and in fact appears to have given up men altogether sometime in her 30s or 40s) - but who was uncomfortable with feminism and refused to look at movies from a 'women's' perspective. Kellow really gets to the heart of that aspect of her psyche.

He's also overly kind to other elements of her psyche; Kael's daughter Gina was her assistant, her driver, her steady companion for most of her life. But it was an unequal partnership, with Pauline refusing to let Gina find her own way; the girl's dreams of being a dancer never came to pass because her mother wouldn't allow her room to be her own person.

Kellow’s book is an interesting and highly readable work, but it's no replacement for simply going through Kael's own writings. In many ways, A Life in the Dark feels as if it wants to be less of a biography and more of an annotated collection of Kael's most important writings. Actually, I'd be very interested in reading exactly that sort of a thing.

Pauline Kael: A Life in the Dark

A ten year veteran of writing for the web, Devin has built a reputation as a loud, uncompromising and honest voice – sometimes to the chagrin of his readers, but usually to their delight. A well known apologist for the Friday the 13th films and a worshiper at the altar of the original Star Trek, Devin is passionate in his dedication to the weirdest and wildest movies.

Meredith from Houston, Texas is reading His Dark Materials by Philip Pullman November 7, 2011 - 10:48am

The Age of Movies looks to be just what you're looking for. That's one of the next books on my "to read" list, at least. Anyway, great review. Kellow continually inserting his own opinion into the book, though? I'd been planning to get it, but if that element is too prevalent, then it's a deal-breaker.

Devin writes: "It seems as though Kellow didn't get much access to Kael's daughter, Gina, or her grandson." William died from an unexplained death at 25 at the East Mountain Forest in Massachusetts six years after his grandmother died.