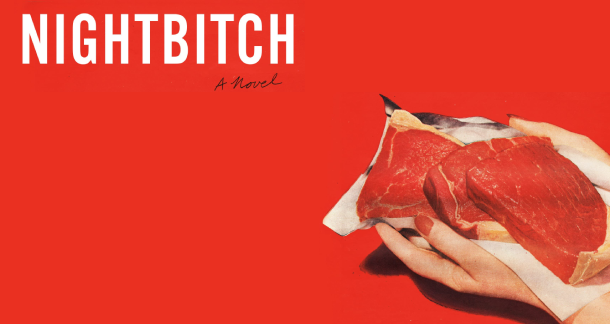 When I was pregnant, I didn’t really know what to expect postpartum aside from it could be scary and I needed to communicate how I was feeling. I started having panic attacks a few weeks before Evie was born, and my doctors told me the likelihood of me having trouble after giving birth was high, so the discussion around my mental health started early. It wasn’t long after I first held Evie that a somewhat familiar, yet unrecognizable darkness began to follow me around, and after some testing and hard truths were admitted, doctors were called, medication was prescribed, and talk therapy was set up.

Nightbitch by Rachel Yoder had been on my TBR pile since its release in 2021, but I put off reading it during my pregnancy because I didn’t think I could handle the mother dynamic when I was already, quite frankly, pretty sensitive. Admittedly, I didn’t know much about the book aside from the fact that the main character thought she was turning into a dog and that the cover was this vibrant red color and centered around a pile of raw meat.

The book starts off: “When she had referred to herself as Nightbitch, she meant it as a good-natured self-deprecating joke—because that’s the sort of lady she was, a good sport, able to poke fun at herself, definitely not uptight, not wound really tight, not so freakishly tight that she couldn’t see the humor in a lighthearted not-meant-as-an-insult situation—but in the days following this new naming, she found the patch of coarse black hair sprouting from the base of her neck and was, like, What the fuck?”

Now I lost and continue to lose a lot of my hair, so while I didn’t feel myself becoming a dog in the furry sense like our main character, what I could relate to right off the bat was this feeling of passive-aggressively joking about my current state of mind and personal wellbeing. There was a lot of masking, fawning, downplaying my anger and how my body was and wasn’t healing, and just a general sense of pretending like I had it all together when I was really crying and screaming and feeling just out-of-my-mind insane. 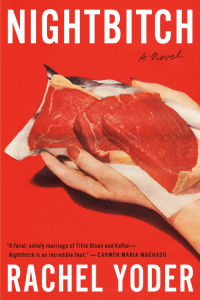 The more I read, the more I saw myself on the page, and that feeling was terrifying because this was supposed to be a horror novel, a werewolf story, a book about the monstrous feminine and the terrifying things that happen to us and others in the dark. Yet here I was entranced by this woman and her journey, nodding my head and laughing out loud as she transformed and transitioned and gave in to this wild, dark savage nature that was beautifully shifting her into the next version of herself.

I couldn’t help it. I felt seen.

Nightbitch demanded freedom. She wanted to run, to howl, to rip and tear and live in a way I realized I was craving myself. I didn’t want to apologize for the dark circles under my eyes, and I stopped giving excuses about why I wasn’t dressed or presentable when people came over to the house. I didn’t want to cook and play host or go out for coffee with friends when I was bleeding and craving water, and I started saying no without regret and demanding time alone: time to move my body, to get to know my wounds, time to tend to the woman who was both lost and reborn in such an act of sacred violence.

It was holy, this rage.

The more the character let go, the more she found herself. She stopped living life through an Instagram filter, threw away messages of love and light, thoughts and prayers, and instead embraced action and tended to her shadow self and named the animal growling and moving inside her.
She became the moon and the dirt and the stagnant pooled blood of a rabbit. She became a goddess, a performance artist, a hunter, a wolf. Nightbitch was both witch and familiar, and the energy she created and pulled from became an act of compassion, an encouraging note to all women who have held in their screams.

Trust me when I tell you, I wept reading this book.

Reading about female power like that was and is inspiring, and it’s why books like this matter. Women need to see fury on the page. We need to see it because we feel it, and instead of pushing it down and pretending it’s not there, we need to release it and know that it’s a part of us and that is okay and normal and beautiful in its own way.

For someone like me, someone who was hurting and struggling and pleading for someone—anyone!—to understand me and the feelings I couldn’t name, this book became my anchor. It spoke to me when everyone else disappeared. It comforted me when my husband couldn’t understand what I was going through, or when Evie refused to sleep at night, and it reminded me that women are magical, strong creatures capable of doing, being, and overcoming anything and everything that life throws at us.

Because at the end of the day, we are all Nightbitch.

We are the beauty of female rage.

Get Nightbitch at Bookshop or Amazon