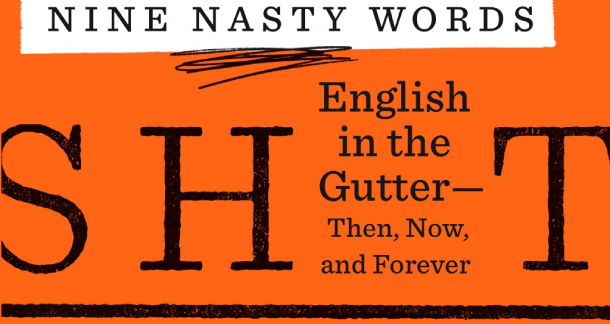 I’ve always had an appreciation for creative profanity, which is best exemplified by my ability to quote Malcolm Tucker chapter and verse. But swearing in English isn’t all about humor, shock value, and insults. What anglophones consider profane has evolved over the years such that foul mouths from 2021 and 1621, while technically both speaking English, wouldn’t understand one another’s insults and jokes.

Columbia University linguist John McWhorter’s new book, Nine Nasty Words, delves into the etymology and lexical change of some of the worst words we know in a manner that reveals how language evolves. It is a thorough analysis of the profane, but it’s not a dry one—there are several jokes and pop culture references along the way because, really, how could you not in a book like this? Gutter English is used widely, in written and spoken media, and McWhorter covers it all.

Any reader who looks at the table of contents will see that McWhorter’s list of the nastiest words in English differs significantly from the most famous list of profane language, George Carlin’s “Seven Dirty Words.” Tits and piss are out in this new book, whereas cocksucker barely gets a mention and motherfucker is only an addendum. Meanwhile, we now see that Carlin didn’t include the N-word or faggot on his list, which today seems ridiculous. Though only 49 years apart, the two texts demonstrate the societal shifts that undergird McWhorter’s book. The worst profanity, McWhorter tells us, used to be religious in nature. Then it changed to being about the body, which Carlin’s routine exemplifies. And, more recently, the transition has been to identity-oriented slurs. Here is how McWhorter lays this out: 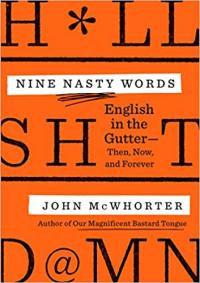 500 or so years ago, when religion was perhaps the most important pillar of society in the anglophone community and the vast majority of people were true believers, telling someone to go to hell was a truly terrible thing to say. It was literal in that context, and not taken lightly. Meanwhile, in Middle Ages Bristol there was a glade unironically called “Fuckinggrove.”

But as technology began allowing for more privacy and the Protestant Reformation classified the body itself “as waywardly inclined, as an undependable ‘flesh’ resisting the discipline of the mind,” what was profane became more corporeal. In this era, calling someone a piece of shit or telling them to go fuck themselves was, again, taken more literally and came with a gravitas that today we reserve for slurs. The glade in Bristol was, presumably, renamed.

In the present day we’ve moved on to slurs—there are certain identity-oriented insults polite people must not even utter aloud, but one of the most popular emojis is a smiling pile of shit. Imagine, today, publicly calling someone a faggot in malice, and that’s what it was like to drop the f-bomb 150 years ago or take the lord’s name in vain five centuries ago. It seems silly to us at first, but we’d seem silly to them.

McWhorter explains these changes by going over the etymology of each word, all the way back to the earliest influences on Old English when necessary, and by showing the changing way those words have been used through the eras. He lays out the clear paths by which a word like shit goes from meaning feces to fakeness (don’t shit me), and how pussy evolved from meaning cat to meaning coward only because it meant “cherished woman” along the way. He’s adept at helping one to understand how social trends and language influence one another, even—or maybe especially—in the sewers of syntax.

McWhorter also dispels some of the more famous profanity myths. Fuck was never an acronym for “Fornication Under Consent of the King,” which always seemed ridiculous anyway. And faggot, while originally meaning a bundle of sticks, was never applied to gay people because the penalty for homosexuality was being burned at the stake (punishment was, in fact, more commonly hanging). The truth is more strange and more revealing.

A lot of readers will likely zero in on the chapter about the N-word. It’d be impossible not to with how charged that word has become in recent years. McWhorter in general has plenty to say about how people should be able to use the word, but that’s not for this book. Anyone expecting opinions that will yield irate Twitter threads should look elsewhere. Here McWhorter has a sober analysis of the way the word has been and is used, keeping his own judgements largely, but not completely, off the page. The exploration is no less entertaining because of its restraint. It might be more so. I suspect that many readers have their beliefs about who can say the word and when, and that being able to check those opinions when cracking open this book will be a bit of a relief. Do so and you will be able to enjoy the language-geek ride of discovering how the N-word began as a slur and became a reflexive pronoun. You can pick your usage opinions up when you’re done, and perhaps have more insight into why you hold them.

Spending a little over 250 pages in the gutter of the English language was, in the end, a freeing experience. Not because the words lost their power or changed their meaning, but because looking at hundreds of years of profanity shows that, as any philosophy 101 student can tell you, all life is change. What was once profane is no longer so, and what is profane will likely not remain so forever. We can smirk at how precious previous generations were about religious and sexual words, but we ought to know that at some point, if history is a guide, future generations will smirk at us. McWhorter’s book doesn’t provide advice about what we should do about that right now, nor does it claim to, but it does force readers to ask themselves the question: why do we consider some words to be so fucking profane? I’ll let you all come up with your own answers after reading.

Get Nine Nasty Words at Bookshop or Amazon