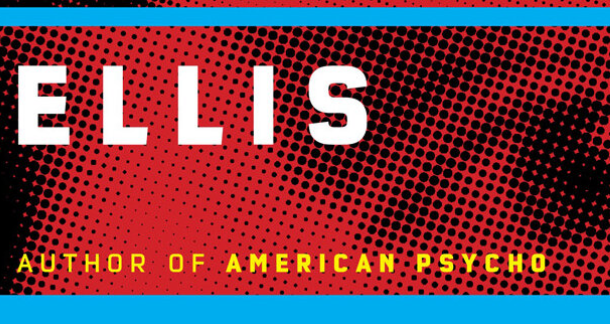 When Bret Easton Ellis wrote Less Than Zero (1985), he depicted a glamourous, repellant group of cold, disattached, L.A. collegiate youth whose parent's wealth had cheated them of their concept of consequence and value, opting to decay into chemical indulgence rather than graduate to adulthood. 38 years later, we learn the coming-of-age debut was, in fact, the second chapter of an even more complex story.

In his latest novel The Shards, Ellis weaves an intricate web for this same clique enduring high school, constructing higher stakes for their innocence lost; where we learn drugs, nihilism, or neglect weren’t the problem, but indicators, or results, of larger forces eclipsing their idyllic California sun.

The novel, which Ellis first released as an audio book on his Patreon in 2020 to bypass the confines of a publisher, will be best relished with restraint and surrender. Choose to be the disarmed reader, not the internet sleuth who must deduce which forgotten Southern California serial killer The Trawler was based on, or if he existed, or if any of this is true. Instead, approach The Shards as if Lunar Park was written by a teenage Ellis, pre- Less Than Zero; when he still had hopes, dreams, and a boilerplate morality begging to be shattered.

Revisiting The Shards in its new novel form was an elevated, even hybrid experience— the way Ellis’s voice returned to narrate, this time from inside my skull, as I devoured his door-stopping 600-page meta-diary. It even whisked me back to that fall of 2020 when I was first seduced by the opening chapter, no turning back; in that dismal year when many of us retreated into fiercer shades of darkness in order to cope.

Approach "The Shards" as if "Lunar Park" was written by a teenage Ellis, pre- "Less Than Zero"; when he still had hopes, dreams, and a boilerplate morality begging to be shattered.

Many years ago I realized that a book, a novel, is a dream that asks itself to be written in the same way we fall in love with someone: the dream becomes impossible to resist, there’s nothing you can do about it, you finally give in and succumb even if your instincts tell you to run the other way because this could be, in the end, a dangerous game—someone will get hurt.

Our introduction to The Shards in 2020 was perfectly timed. Our culture had become so obsessed with true crime that streaming services like Netflix essentially became the Murder Channel, full of sensationalist come-hither gore twists and heightened emotional manipulation; particularly ghoulish when presented alongside the cheekiness of The Great British Bake-Off. It’s as if Ellis acknowledged how cannibalistic true-crime had become on our psyches, the way he dressed up The Shards in true-crime’s blood-soaked clothing to trick us into back into the real world where fiction remains the greatest escape.

When Bret the writer writes Bret the character, he re-acquaints us with someone we were convinced we had pinned our whole lives, only to remind us that we never really knew him at all; creating an immediate intimacy for a narrative where no one is who they seem. Rather than jaded or guarded, there’s a refreshing vulnerability preserved in vintage Bret, allowing the inherently corrupt nature of adulthood to seep in alongside a more vaporous evil that’s infiltrated his circle; a fire he becomes so obsessed with, so enraptured by, he begins to resemble it’s secretive, evasive flickering. But this Bret is often remorseful: “Sorry for weirding you out,” he says to Robert Mallory, a “friend” adopted by his tight-knit crowd who he’s 100% convinced is the Trawler but can’t find any way to 100% prove it.

And while The Shards contrasts rich kids against a serial killer who may or may not be one of their friends, or a member of a Mansonite-cult descending into their country clubs, Ellis’s portrayal of youth is not fantastical— it's sadly universal; where no matter what side of the tracks you grew up on, we often become adults the day our trust in adults is breached.

If Bret can’t prove Robert Mallory is the Trawler, rest assured there’s alternate threats of a different shade; his girlfriend Debbie’s father Terry Schaffer, the not-entirely-in-the-closet  film producer who lusts after Bret, spinning a predatorial industry web to entrap him, luring him with the elusive approval of Bret’s film script, where the finder’s fee is Bret’s dignity. Instead of confirming Bret’s sexuality, this event interrupts him secretly navigating his own gay awakening, confusing and therefore delaying his coming to terms with it.

I was never really the same after 1981… before I tripped into fear and paranoia and began to understand how the adult world actually operated compared to my adolescent fantasies of how I supposed it worked.

As the shadows elongate, Bret plays junior detective under the cover of these veils, no stone unturned. Yet, he guards his own demons in tandem. The search for unadulterated truth while justifying the preservation of your own secrets is the teenage experience caustically distilled, and also mirrors the very essence of noir. Ellis fertilizes this minefield of emotion with both care and abandon, encouraging Bret the character to adhere to golden rules so rigidly that his tantrums are just as potent when they’re inevitably broken.

And when he’s finally faced with who Robert Mallory really is at the end, it’s a standoff that morphs into stalemate; with mutual blood spilled from their young bodies, it’s as if Bret is offered a glimpse into the mirror, where there are no lessons learned, no morality left to uphold. Commencing with this haunted, off the record erudition, for Bret, college will not offer any higher education.

Get The Shards at Bookshop or Amazon

I am very happy, I am here to share my testimonies with the general public about what this man called Dr Adodo has just done for me , this man has just brought back my lost Ex husband to me with his great spell, i was married to this man called Steven we were together for a long time and we loved our self's but when i was unable to give he a child for 2 years he left me and told me he can't continue anymore then i was now looking for ways to get him back until a friend of mine told me about this man and gave his contact email (dradodojattotemple@yahoo.com) then you won't believe this when i contacted this man on my problems he prepared this spell cast and bring my lost husband back, and after a month i miss my month and go for a test and the result stated am pregnant am happy today am a mother of a baby girl, thank you once again the great Dr Adodo for what you have done for me, if you are out there passing through this same kind of problems you can contact he today on his mail ( dradodojattotemple@yahoo.com) on his Whatspp +18144484537 and he will also help you as well

You have written a very nice blog, and all your content is wonderful. I think you have written this blog from the bottom of your heart. Papa4d  Thanks for sharing this amazing post.

Recording success in Cryptocurrency.. Bitcoin is not just buying and holding till when bitcoin sky-rocks this has been longed abolished by intelligent traders mostly now that bitcoin bull is still controlling the market after successfully defended the $20,000 support level once again and this is likely to trigger a possible move towards $40,000 resistance area However it is best advice you find a working strategy by hub/daily signals that works well in other to accumulate and grow a very strong portfolio ahead. I have been trading with Mr Mark Toray’s daily signals and strategy on his platform and his guidance makes trading less stressful and more profitable despite the recent fluctuations I was able to easily increase my portfolio in just 3weeks of trading with his daily signals growing my 0.9 BTC to 2.9BTC. Mr Toray’s daily signals are very accurate and yields a great positive return on investment. I really enjoy trading with him and I’m still trading with him He is available to give assistance to anyone who love crypto trading and beginners in bitcoin investment I would suggest you contact him through mail marktoray8 @ gmail com or telegram @ mark4toray bitcoin is taking over the world