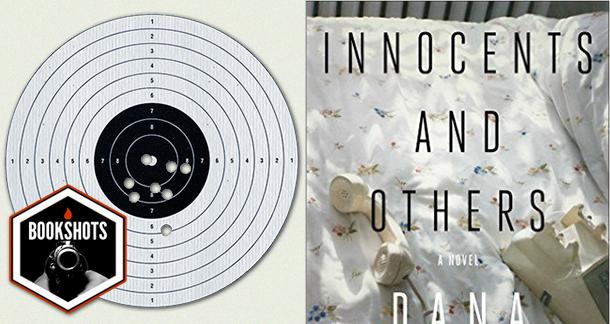 This is a hungry, smart, almost plotless novel in the guise of a story about founding lies and female friendship, women in film and overlooked dreamers.

Diana Spiotta, author of three previous novels, including Stone Arabia (2011), which was a National Book Critics Circle Award Finalist in fiction. More info at her website.

Two best friends leave their privileged Santa Monica childhoods behind to make movies in New York.  Carrie Wexler makes smart chick flicks, Meadow Mori films self-indulgent documentaries that are not only her undoing, but derail the lives of her subjects. One of these is a blind phone phreak (dial tone manipulator) called Jelly, loosely based on Miranda Grosvener, a woman who made anonymous long distance calls to Hollywood players in the 80s.

F is for Phreaks and Other Phat Fakes.

Stone Arabia, Spiotta’s previous novel, or Theodore Roszak’s Flicker, or Hawthorne’s Day of the Locust or DeLillo’s Running Dog, or Danieleswki’s House of Leaves or any novel obsessed with how film messes with our hearts and minds.

Meadow Mori, an over-privileged daddy’s girl who projects her self-obsession onto an obsession with the cinematic image at the cost of human connection, and as a consequence her life becomes a train wreck. Meadow's counterpart is Jelly, AKA Nicole, AKA Amy Thomas, the blind phone prankster whose desperation for human connections is a freakish projection of Meadow's image-lust.

LA and upstate NY in the eighties and nineties: I’ve never left.

So she fucked Orson Welles. Who hasn’t?

Despite some conceptual misfires and indulgent digressions/derivations, this is a masterful examination of characters either so horrified by their own nothingness, or so nauseated by their own overflowing desire that their only recourse is to gorge on bullshit disguised as art (Meadow), or purge on want disguised as love (Jelly). This is a hungry, smart, almost plotless novel in the guise of a story about founding lies (see above: Orson Welles) and female friendship, women in film and overlooked dreamers. It takes all these things as its subjects to be sure, but none of them are its story. Its story is obsession and the point at which an artefact can be so severed from its human subject that its effect is meaningless at best or monstrous at worst. In response to documentary cinema’s founding film, Louis Lumier’s 1895 short, “The Arrival of The Train," Meadow edits endless reels of clacking wheels in her Syracuse studio, assisted by a sliding door of cute male assistants, with no end in sight beyond that of trying to purify the image, and herself, beyond recognition. This is a story of a runaway train, both cinematic and personal, and the point at which destination is just another word for nothing left to lose. It is in turns indigestible and devastating.