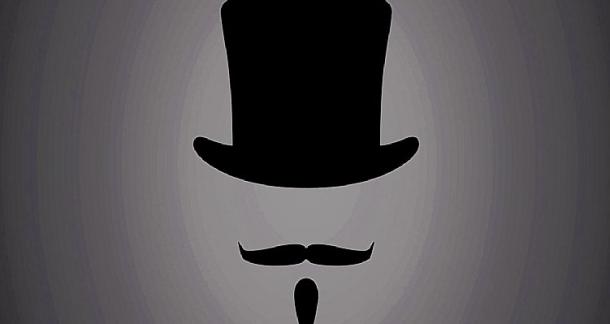 Chuck Klosterman is a grownup now.

To clarify, the author’s work has always been introspective and thought provoking, regardless of whatever pop culture lens he uses to examine deeper questions about society and human interaction. Still, his early works were a hit with readers largely because of his ability to sneak a more universal and sprawling question about existence into essays about hair metal cover bands or breakfast cereals. He made us think about the things we seek to escape via the very same distractions we occupy our minds with. In his latest book, I Wear the Black Hat: Grappling With Villains (Real and Imagined), Chuck Klosterman inspects the concept of villainy through multiple angles. What does it mean to be a villain? How do we decide who's good and who's bad? Perhaps most importantly: do our judgments on good and evil say as much as we think they do about how we approach cultural figures? The book is vintage Klosterman, but those readers who have been following since Fargo Rock City may be surprised (or not) to find that the author has grown a little more serious, and, as the title of the book suggests, a little more dark.

Like most of Klosterman’s non-fiction, I Wear the Black Hat is a series of essays, most of which combine meditations on several (seemingly) unrelated subjects in order to synthesize a larger thesis. Unlike most of his other books, these essays are all centered around one central idea, which Klosterman repeats several times throughout the volume’s run: “The villain is the person who knows the most but cares the least.” It’s an interesting notion, and one the author approaches from different positions, even going so far as to present examples that challenge the assertion. Much of the collection examines the process by which one goes about recognizing villainy, as much as it is a deconstruction of villains themselves.

Cynics might skim through portions of I Wear the Black Hat and mutter, "Why is this relevant?", but the question we should really be asking is, "Why weren't we talking about this before?"

Those readers wondering if Klosterman can make 199 pages on the same subject interesting need not worry: the sheer diversity of discussion topics and analytical approaches within the pages of the book, and even within the confines of isolated chapters, makes for a page-turner from beginning to end. As usual, the author makes figures that might otherwise have been forgotten or inaccessible to many readers engaging and interesting through finely tuned and concise reporting, followed by longer and more thoughtful analysis. This might be one of the heaviest weapons in Klosterman's arsenal as a culture writer: he is able to present arguments and notions about pieces of culture from disparate eras in such an entertaining and intellectually engaging way that he seems, at times, able to change a reader's interest level at will. Cynics might skim through portions of I Wear the Black Hat and mutter, "Why is this relevant?", but the question we should really be asking is, "Why weren't we talking about this before?"

Depending on how you feel about Klosterman as a media figure, the relatively light memoir content present in I Wear the Black Hat may be seen as a blessing or a curse. As mentioned before, there’s something different about the tone of this collection; it’s an unmistakable Klosterman book, but the author’s voice has been dialed back to a more subtle and nuanced, almost academic pitch. The arguments made are passionate, but are presented with a professional emotional distance. In many ways, the book feels somewhat more personal than the author's previous outings. While a book like Killing Yourself to Live got up close and personal with Klosterman's obsessions with death, finality, and human relationships, his latest offering brings a more clinically objective feel to the proceedings, resulting in conclusions that feel mined more from thoughtful study rather than vague interpretations of personal experience.

I Wear the Black Hat’s greatest strength might be its ability to surprise the reader when it comes to figures who are present in the collective consciousness. Most people interested in picking up this book will know who D.B. Cooper is, but significantly less will know what the exact circumstances surrounding his crime were. Other topics of study paint an even starker portrait of just how much collective amnesia figures into a public figure’s legacy and remembered persona. Still more chapters shine new light on those that have since passed out of the spotlight of our cultural memory (the essays on Bernhard Goetz and Howard Cosell are especially informative and thought-provoking). As one progresses through the chapters, one gradually realizes just how much the concept of villainy is built around perception and conditioning rather than actual ethical and/or critical examination. The heart of the question, though, is how much this matters, and even Klosterman seems to have a hard time answering it. In the end, he seems to argue that how we consume good and evil says more about how we, as individuals, look at the world and its myriad moral choices than it does about our own innate sense of right and wrong.

While I Wear the Black Hat can be seen as a collection of persuasive writing, the takeaway is more of a rumination on how the world at large thinks about good and evil, and how those modes of thinking have changed as society progresses, rather than a definitive take on what makes a villain. Those seeking a more conclusive text about the subject might be advised to look elsewhere, but adherents to the Klosterman school of culture consumption should be thrilled at the author’s latest outing.

Thanks for the review. He's coming to a bookstore within a half mile of my apartment, so I'm looking forward to standing in line, buying the book, hearing the reading, and the 3.5 seconds to get it signed and tell him that i enjoy his work.