"I Dream of Mirrors" by Chris Kelso 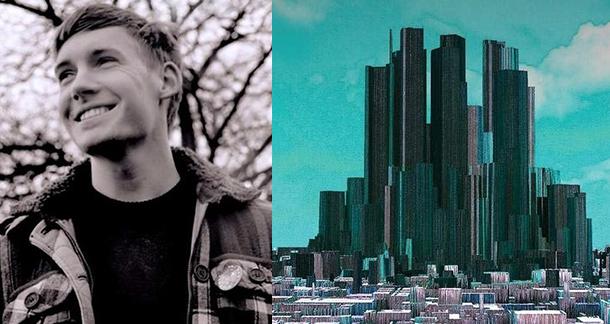 Comparisons to famous authors have always struck as one of those occasional evil necessities of reviewing. On one hand, they are too easy to come up with and somewhat reduce the voice of an author. On the other, they are a very easy way to tell readers a writer's style will appeal to them if they are fans of another author. In the case of Chris Kelso's I Dream of Mirrors, the writer who constantly came to mind for me was William Burroughs. While Kelso's voice is unique, there is a combination of darkness and weirdness wrapped in classic science fiction that brings to mind Burroughs' work. That said, this book should be read because of its own merits, not this comparison. (Note: while the book can be read and enjoyed as a stand alone, familiarity with Kelso's mythos will enrich the reading experience.)

A smart, entertaining narrative that plays successfully with many of the classic elements of post-apocalyptic science fiction.

I Dream of Mirrors follows a nameless narrator as he navigates a post-apocalyptic landscape populated by two groups: those who follow Dunwoody, a religious leader who more or less turns people into mindless adherents, and those who live on the periphery, surviving on the scraps they find in the devastated land. There are plenty of dangers—including zombies—out there, but the internal confusion the narrator experiences is as bad as the dangers he encounters as he looks for a way to survive.

This is a smart, entertaining narrative that plays successfully with many of the classic elements of post-apocalyptic science fiction. However, what sets this apart from its contemporaries is the way Kelso places identity at the core of the story. The narrative begins as a relatively straightforward tale of survival in a near future. Then it morphs. The lack of an established identity and a memory that is not reliable come together to create a sense of uncertainty that permeates the entire story.

Darkness is a ubiquitous element in Kelso's work, and that's the case once again with this novel. There seems to be no way out. Most people are brainless zombies. Survival is a constant battle. Happiness is an impossible thing. All these things are present in the writing from the start, and they help the author create a desperate, depressing atmosphere that stays that way to the end.

I’ve concluded that happiness lives in the ephemera. You cannot see it, nor can it be considered tangible. It’s not quite an optical illusion—no, not quite—but if you try to catch it, with the ultimate intention of somehow sustaining it for a prolonged period, then happiness will quickly dissolve to grief and disappointment—inevitably, fatally.

While this is a unique narrative, the author is aware of the genre he's working in and delivers the things readers who enjoy science fiction have come to expect. Technology is still present, and its role is that of control mechanism that needs to be avoided. Furthermore, in a world where going to a better place is no longer an option, computers offer an escape:

In the censored-city, our only access to the outside is through the cloud. Sometimes I feel safer here, with all the screeds of data smog and oversaturated pop culture references condensed to their basic minimum. I mean, the sheer amount of input to our system has long since exceeded our processing capacity. We all felt the same way. Spam and social media had taken over everything. I remember it, clear as day. The journalism of assertion, I remember it well too. We had all the information in the world at our fingertips, yet nobody knew anything. About as much as we know today.

Technology is everywhere, but there is still a god, a "merciless god who hates all his creations equally." Between thoughts like this and the constant desire to carry on existing, readers are led down a very human path, a path where there is a desire for change, love, and even self-awareness. However, that changes in the last third. Everything the reader thought she knew crumbles, and that uncertain terrain, which has been kept secret since the first page, is the terrain where Kelso's work shines the most. If that uncertainty doesn't make you uncomfortable, especially while living in a present that makes a future like the one in Mirrors very plausible, then do yourself a favor and dig into this one immediately.