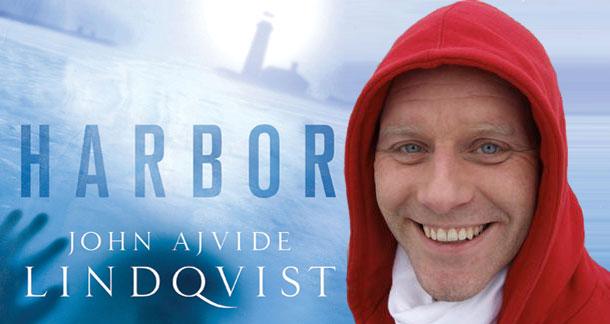 Dubbed "The Swedish Stephen King" by lazy writers everywhere, John Ajvide Lindqvist is a bit of an oddity. Prior to becoming a wordmonger, he spent time in the trenches as both a conjurer (that's "magician" to you A-merkins) and a stand-up comic. Thankless professions, both. Sick of having his occupation marginalized, he decided to try his hand at something infinitely more respectable- writing scary stories.

In 2004 he published his first novel, Let The Right One In, the only coming of age vampire romance of any merit. The rest, as they say in his homeland, is historia.

The sequence of events goes something like this: unknown author reinvents vampire novel, which is then turned into a critically acclaimed film. The success of said film causes the book to become an international bestseller, and prompts a similar-yet-inferior Hollywood remake.

All in all, a glorious time to be Swedish and alive. Unfortunately for Lindqvist, his fame was writing checks his butt couldn't cash.

One of those checks happened to be his followup, Handling The Undead. It bore with it the promise of doing for zombies what Let The Right One In did for vampires. And to a certain extent, it did. Lindqvist took the horror of the reanimated corpse and made it a part of everyday life. If a family member turned, taking care of them became just another inconvenience. An obligation. A chore. It was a unique approach, one that made the world of the novel that much more plausible.

It seemed like Sweden King had another winner on his hands. But somewhere along the way, his walking dead stumbled, toppling the story headlong into a ditch of new age spiritualism. Lindqvist's mistake was answering larger than life questions, rendering the very point of asking such questions moot. This resulted in a head-scratcher of an ending, one that left this reader very unsatisfied.

Lindqvist's latest, a tale of maritime menace entitled Harbor, is also about people. Credit where credit is due, the man knows how to get you emotionally invested. This time around it is in a broken man whose daughter mysteriously disappears into thin air- or under thin ice, as the witty synopsis suggests. A few years and a nasty divorce later, he returns to the scene of the non-crime, a fictitious Island called Domaro. Lindqvist then proceeds to throw all manner of fish guts against the page in hopes that some of it will stick. (In that respect, I guess he is sort of like Stephen King.)

In doing so, he corrects at least one of the errors he made with Undead- giving us too much information. Although in this case, less isn't necessarily more. I wouldn't call the mysteries of Domaro ambiguous; we're just not given all the details. Then again, neither are any of the characters, so at least we're in the same boat (which isn't a very safe place to be in this story).

For example, Harbor once again sees Lindqvist employing mythical worm-like creatures. Only this time, instead of space, they are from the second greatest unexplored country known to man- the sea. We don't really get much of an explanation beyond that, although I have to admit, the elemental Spiritus were kind of cool. Way cooler than reincarnation worms.

We also get a healthy dose of ghosts, possessions, alternate realities, and Aquaman-like powers. The how and why are anybody's guess. It's all a little much.

Which is a shame, because beneath all the supernatural trappings, Harbor is a very personal book for Lindqvist. It is dedicated to his father, Ingemar Pettersson, who drowned in 1998. "He gave me the sea, the sea took him from me." The sea, appropriately enough, functions as the villain of the piece.

Also, one of the main characters is a former magician (that's "conjurer" to you Swedes), just like the author. I know only a small percentage of Americans find magic to be "cool," but to the rest of the world, it is an art form that demands respect. RESPECT!

So there is a lot of Lindqvist in this book. It's just diluted by all the other craziness. He tries valiantly to tie it all together, and for a while it looks like he's gonna pull it off, but the more he piles on, the less buoyant the vessel becomes. There are a lot of great ideas at play, and the townsfolk are friendly enough, but for me Lindqvist has yet to match the subtle blend of the realistic and the fantastic he achieved with Let The Right One In. In his quest for bigger and better stories, his writing seems to have lost some of its focus. However, just because he hasn't repeated himself and delivered the type of story I've come to expect from him (after reading only one of his books), doesn't mean Harbor won't appeal to those with more of a tolerance for this type of horror.

Bookshots: "The Glob Who Girdled Granville" and "The Secret Lives of Actors": A Double Monster Feature, by Peter Grandbois
What Scares You? 30 Terrifying Horror Stories Straight Out Of Your Worst Nightmares

I took a look at this one the other day, and was certainly intrigued. All in all, it sounds like it'll depend on one's tolerance for crazy, fantastical things with either too little or too much explanation. I can dig the wacky and out-there either way, so I may give this one a go down the line. While I think the film adap. is a tighter, more successful story, and really one of the best of the aughts, I enjoyed Let The Right One In. Never tried his second, but I'll be darned if those space worms don't remind me of Body Snatchers...

Joshua Chaplinsky from New York is reading a lot more during the quarantine December 7, 2011 - 5:41pm

True, the film is tighter, but I love the expanded story we get in the book. Both are perfectly suited to their respective mediums. I keep waiting for Lindqvist to write something I like as much as LTROI, and am starting to lose hope. He already has another book called Little Star, which has been published in the UK, which seems to be a satirical slasher story about a little emo kid who goes on the Swedish Version of [insert country here]'s Got Talent, so I might give that a try.

Hetch Litman from Somewhere in the mountains of the Pacific Northwest is reading The Violent Bear it Away by Flannery O'Connor December 19, 2011 - 11:31am

@Josh said: "the film is tighter, but I love the expanded story we get in the book. "

Joshua Chaplinsky from New York is reading a lot more during the quarantine December 19, 2011 - 12:59pm