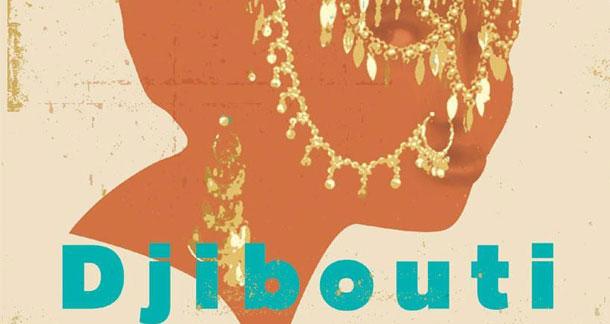 There are a slim number of crime novelists who've achieved the success and wide spread recognition which Elmore Leonard has enjoyed in his fifty plus year career. His novels of con men, dirty cops, and morally bankrupt lowlifes in the freezing slums of Detroit and sleazy alleys of Florida have inspired countless imitators (including Quentin Tarantino, whose every pre-Inglorious Basterds film pays indirect homage to the author) and a dozen Hollywood blockbusters. These are accomplishments to be admired, because without question Leonard is not only one of the giants of crime fiction, but of American letters.

However, as with every prolific novelist, there are certain narrative experiments which somehow fail to deliver the same punch as previous novels. Djibouti - Leonard's attempt at transporting his uniquely American voice to the coastlines of Northern Africa to tackle the hot button topic of piracy - while ambitious, falls short of his typical high mark.

Dara Barr is a documentarian from New Orleans. As a fledgling filmmaker with three films under her belt, Dara has experienced nothing but success, including an Academy Award for her first person expose of the ravages and after effects of hurricane Katrina. With her fourth film, she travels to Somalia with her camera man and life long merchant sailor, Xavier, in hopes of interviewing and filming modern pirates in action. Along the way they meet and befriend American billionaire and CIA wannabe Billy Wynn and his runway model girlfriend, Hellene, who is accompanying him on an around the world sailing trip based on the promise that he will marry her at the end of the voyage.

The two parties slip along the African coast ghosting a ship of guileless and at times charismatic Somalian pirates who have recently hijacked a Saudi Arabian carrier transporting 25 million gallons of raw gasoline. The carrier has become a sore spot for the pirates, who have been unable to ransom the ship back to the Saudi's and is the major source of tension in the novel, as it's seen to be a floating WMD.

Dara is a strong, self assured protagonist who provokes the same cocky energy as veteran Leonard creations such as Jack Foley (Out of Sight, Road Dogs) and Chilli Palmer (Get Shorty). She's self possessed and focused solely on completing her latest film despite the obvious dangers. Her relationship with her 76 year-old camera man, Xavier, is vaguely sexual as they dance around the possibility of sleeping with one another and seems like a forced plot device. The narcissistic Billy Wynn is the most interesting of the supporting cast due to his media fed world view and raving paranoia.

What I found most lacking in Djibouti's plot was the absence of forward momentum. For a novel marketed as a thriller, there's very little in the way of tension building and the novel flounders under the weight of what could happen as opposed to anything actually happening.  The other disconcerting aspect of Djibouti is the way Leonard chooses to narrate the chapters both Dara and Xavier appear in, where all of the action takes place while Dara edits footage she's filmed in the previous weeks and she and Xavier describe and discuss what they are seeing on the screen while slugging back wine. As a narrative device all it manages to do is further stall out an already sluggish storyline.

As with every Leonard novel, his dialogue in Djibouti is whip smart and keeps the reader involved enough to keep turning pages, but if this is your first time reading Leonard, it's probably best advised for you to start with early classics such as Mr. Majestyk or Killshot, or to delve into newer entries such as Up In Honey's Room or Road Dogs to experience the true storytelling skill of this legendary author.

great, in-depth review.  questioning Leonard feels like sacrilege but sometimes it needs to be said.  will probably by anyway though.

I had the same reaction you did, Keith. It seemed like all of the action was off-camera, so to speak. It was an interesting exercise, but it didn't make for a successful novel. I slogged through because of Leonard's dialogue and an interest in the topic at hand. But I'd classify it the least of his works that I've read thus far.