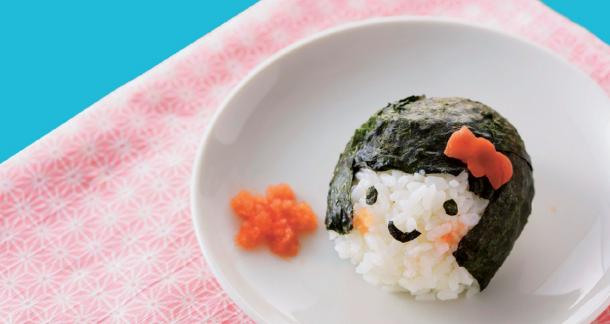 I was recently on my honeymoon (which involved numerous literary events), and our first stop was London, England.

London is an incredible city, and my favorite thing about it was the quantity and variety of bookstores. My favorite bookstore there was Foyles, a six-story-high shrine to the written word. They had a top ten display near the entrance, and the #1 book at the time, Convenience Store Woman, caught my eye. The cover and concept intrigued me, and once I read the first line, “A convenience store is a world of sound,” I was hooked. That sentence told me Sayaka Murata knew what it’s like to work a register.

I read the book in a day and a half, and it will most likely be my favorite book of the year. I found it literary, but also entertaining, funny, and dark. It is a great working-class story about one of the most memorable outsiders I’ve met since Ignatius J. Reilly. The narrative really resonated with me and made me wonder if a working-class woman's story set in Japan could achieve the same popularity in America. Is our cultural divide something a story like that can bridge?

So far, Convenience Store Woman isn't getting the same love in the states, but it really should. It perfectly captures the insanity, disenchantment, and love-hate relationship this country has with work and being part of society. The main character, Keiko, is an a-sexual who struggles with mental illness, being on the spectrum, and the inability to be appear normal to others. The only thing that gives her life meaning, order, and purpose is working at a convenience store. The other main character is an Incel who sees his life through a bleak and fatalistic neo-Darwinian lens.

With many other writers, this could have fallen flat, come off as preachy, dreary, or pretentious, but Murata's skillful weaving of humor and humanity make this a special book. She doesn’t go the cliché route by turning the narrative into a love story. I don't want to give too much away, but you should know this book doesn't follow a trite ‘love conquers all’ plot. Despite that, I found this to be a very American story—about being in love and finding purpose in your job—but it’s not a Horatio Alger story. It’s something fresh.

I love the existentialism that permeates the story. Keiko not only finds meaning and purpose in her mundane routine, but is strangely fulfilled by her work at the convenience store. If that had remained the entirety of the plot, this could have been just another aimless literary novel, but Keiko’s desire to appear normal to her family gives the story an engaging conflict. At 36 years old, working a ‘dead-end' job, everyone keeps bothering her about why she isn’t married and what she can do to fix this problem.

When she quits her job and enters into a fake relationship with the Incel, she doesn’t know how to function. She ends up sleeping and showering very little, more depressed than when she was working her menial job. Her life feels pointless even though her family is happy she has a potential husband. To use an existentialist term, it is very much an act of bad faith. She is not afraid of death—she finds the prospect of it comforting—but without the convenience store she doesn’t know what to do in the meantime. She is literally killing time.

Needless to say, I found it very exciting to see the working-class novel turned on its head. For a lot of western civilization, the idea of working a low-paying job isn't a story they usually want to read about.  For the average person, this seems like reliving his or her own drudgery. But for many who work in the arts it’s actually a beautiful message—you get shit pay, treated like shit, yet life has a meaning worth more than money—though most artists are working some type of day-job/side hustle as well.

The novel's core is a character study of those who struggle to function in a world that never feels right, especially those with mental illness who find it difficult to wake up in the morning, to stave off the Van Gogh Blues. Unsurprisingly, I have seen reviews calling Convenience Store Woman boring and dreary, but I found it to be uplifting and inspiring. I hope the American audience becomes more open to world literature that doesn’t fit the usual red-white-and-blue mold.