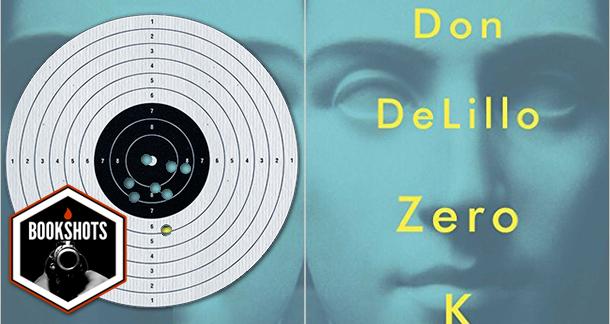 A dutiful but emotionally distant son of a multi-billionaire ex-financier travels to some Godforsaken desert to witness his dying stepmother be turned into a human popsicle while she waits for science to come up with a cure for MS. Soul searching and hilarity ensue!

Read This If You Liked:

Anything else written by Don DeLillo, The Road By Cormac McCarthy

Don Knotts (by the way, from now on, whether the protagonist is male, female, transsexual, whatever, my answer will be Don Knotts. Use your imaginations people, you don’t need a movie star reference).

‘Since coming here I’ve found myself concentrating on small things, then smaller. My mind is unwinding, unspooling. I think of details buried for years. I see moments that I missed before or thought too trivial to recall. It’s my condition, of course, or my medication. It’s sense of closing down, coming to an end.’

Zero K takes place out in the middle of some nowhere desert, which is an environment I already live in, so yes.

I love the way older writers handle the subject of death. Over the last twenty years we’ve witnessed American post-war novelists such as Vonnegut and Roth wrestle with their mortality. Vonnegut, of course, handled his inevitable demise with heavy doses of bitterness and black humor. His late-life essays and speeches were morosely funny, but ultimately sad because you could tell that death was all Vonnegut thought about. Roth’s approach wasn’t much different with his “everyman” novels (the final five short novels he published before his retirement), although he was largely preoccupied with the decay of the body and spirit leading up to death. But more than anything else, Roth focused largely on the regrets we carry with us into the big black; the unresolved matters and untaken roads that only add to the torment and pain of death.

We’re now seeing the post-modern, baby-boom storytellers begin to wrestle with the big D. But unlike the post-war writers, the boomers aren’t lamenting the inevitability of it, but of how to best avoid it entirely. And no boomer novelist is more fixated on postponing the inevitable than Don DeLillo. Since the publication of the masterful, Underworld, DeLillo’s short novels have all carried the underlying theme of somehow being able to escape the big black. This is particularly true of his latest, and perhaps most accessible, novel since the aforementioned Underworld. With Zero K, DeLillo takes the art of cheating death to an extreme.

Zero K has all of the hallmarks of a typical DeLillo novel: The emotionally bruised, utterly detached characters, the steely, oddly poetic descriptions of both architecture and his character’s interpersonal relationships. What sets Zero K apart is that it’s plot driven and will probably be the closest DeLillo will ever come to writing genre fiction. It’s a true return to form. Zero K is thematically epic in the same way as White Noise, Mao II, and Underworld, and like those essential tomes in the DeLillo Oeuvre, Zero K will most definitely be held up as one of his finest novels

Great review. I am not a big fan of DeLillo but my husband is. I have tried to read WHITE NOISE many times.and failed to be pulled in. I will pass this along to the guy who regards UNDERWORLD as one of the great American novels.