Review by Stephanie Bonjack December 4, 2015
In: 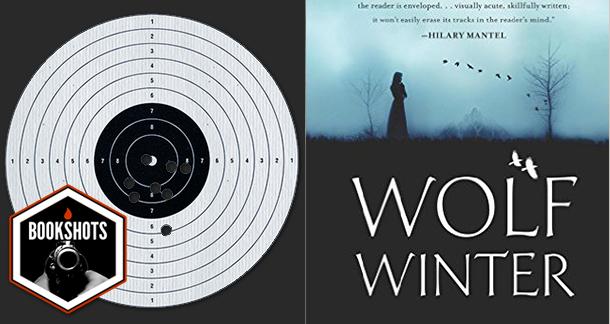 Cecilia Ekbäck, a first-time author who started her career in international marketing then went back to school twenty years later for a Masters in Creative Writing. This novel is a testament that it is never too late to pursue your creative passion.

We Just Want to Make it to Spring

Any Nordic Noir that predates the arrival of coffee in the region.

There are three leads: Maija, a fiercely independent woman, head of household and mother of two; Frederika, her 14 year-old daughter who seems to possess some unusual supernatural abilities; and the local mysterious priest, Olaus. All three successfully get into danger and trouble, be it with the native Laplanders, local settlers, or the religious-political establishment.

I would want to stay at a fancy 21st century bed & breakfast there. Not in the 18th century version with no modern medicine. There is frostbite. And toes turn black.

As she came closer there was a low, rhythmic chant. Her great-grandmother had told her about it. How the Lapps' songs captured the very core of an object— no, more: captured the object itself.

Ekbäck's writing is beautiful and cinematic. You feel the cold and the deafening quiet on the mountain where Maija and her family settle. Nature is its own character, like a god with a severe temperament and motivations not understood. The winter is more than harsh; it is punishing and unrelenting. Will the family survive — not just the winter, but the strange place in which they live?

The characters in this novel are revealed in slivers and layers. The central event is the death of a settler named Eriksson, who was almost universally disliked, but not on a scale that would suggest murder. As Maija, Frederika, and Olaus all strive in their own ways to determine who or what killed him, a picture of secrecy and small-town hysteria emerges. It's hard to feel safe when you don't know who you can trust.

The author does an amazing job of showing what happens when a new religion (Lutheran Christianity) attempts to stamp out an established traditional one (Sami polytheism). Old beliefs die hard, especially with the entrance of concepts like salvation and eternal damnation. God's messengers are imperfect humans, subject to the same temptations and entrapments as everyone else. Who is right — the priest warning of hellfire or the shaman reaching out to his spirit guides like all of his ancestors before him?