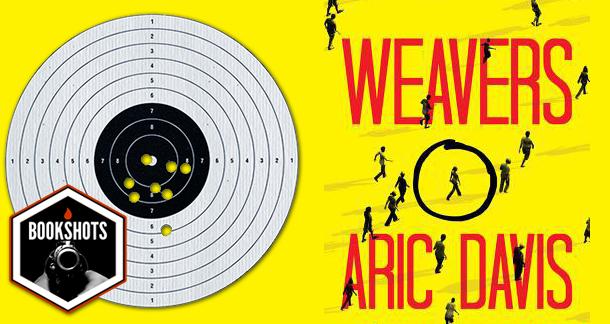 To create a bona fide shady government agency with a clandestine agenda, all you need to do is sprinkle in a few acronyms.

Insert the 'Plot in a Box' answer in italics and I think that about nails it.

I could see this possibly appealing to fans of James Patterson or Dean Koontz.

There are a number of leads, but much of the focus falls on nine-year-old Cynthia Robinson.

Dakota Fanning about a decade ago.

A potent sense of atmosphere isn't really present in Weavers. Maybe I'd want to live in any of the multiple towns/cities discussed? If I was bored? Even the shady government agency is described as looking like an old middle school.

Sure, maybe she could turn her experience into a career spent ghost hunting or looking for cryptids in the Pacific Northwest, but neither of those fit the bill.

I don't know why neither of those things would fit the bill. I hear that cryptid hunting is actually very lucrative.

Weavers follows a group of telekinetics—known as “TKs” throughout most of the book—who have the power to read and influence other’s thoughts. It loosely focuses on a young girl named Cynthia whose psychic abilities manifest after her parents divorce. Pursuit by a government agency and a host of corrupt individuals ensues.

Information about the TKs is dumped clumsily onto the reader, trotted out in thought monologues or even through weird dioramas. There’s a scene where one of the characters is walking through a hall of history’s “great” TKs (including Jesus), as if to cram as much backstory into one page as possible. The characters aren’t very distinguished and seem even less so because of the constant perspective hopping at the beginning of the book. Just when a shard of personality starts to glimmer through, someone new takes the reins. And did I mention the acronyms? To create a bona fide shady government agency with a clandestine agenda, all you need to do is sprinkle in a few acronyms.

Sometimes a little bit of campiness is okay in a book. You don't take it too seriously, but you have a good time. Unfortunately, that's not often the case here, and I found the pages very slow to turn. The real cardinal sin that Weavers commits is that it’s boring. Davis never really reaches for anything beyond the basic points of plot and character and a handful of overused tropes. Writers who fly for the moon and don’t quite reach it deserve a lot of respect. They have ambitious ideas that don’t always find their way intact onto the page, but you can glimpse the scope of what could be. That’s how artists of any medium improve; by pushing themselves outside of their comfort range. There are few moments of interest here that might have been explored further, but for the most part Weavers sat stubbornly in the middle of that range.