Bookshots: 'We Were Flying to Chicago' by Kevin Clouther 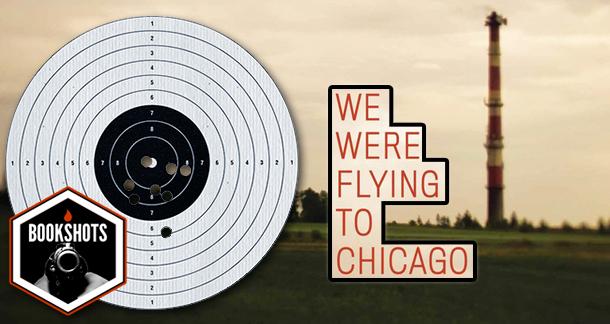 We Were Flying to Chicago

The majority of the stories in Clouther’s collection are rewarding stand-alones that together form a skillful debut.

10 stories about faith, love, growing up, growing older, and the people who surprise us.

Charleston for Breakfast (Title of my favourite story in the book.)

The two unnamed women in the title story, who, stuck on a layover, snarkily muse about life, loss, longing, and how much they hate the stewardess since they can’t see the pilot.

I’m thinking Betty White and Tina Fey, because if anyone could make full-body cavity scans and airplane food fun, it’s those two. Any other suggestions?

The stories take place in locations from New England to the South to the Midwest, and the fact that the author has lived in these places gives each backdrop a warm and authentic appeal that made me want to set out cross-country on a road trip of my own.

Of course, I wasn’t in love...I felt for the first time a feeling confused for love. I don’t know how to name that sensation, though I believe…there are few things more beautiful that move through the body.

“It killed me, thinking those deer could prance all over town…” broods a young security guard in ‘Charleston for Breakfast.' “…that they could get up and go anywhere, while I was stuck in a plastic chair, clicking an orange flashlight.”

There is a restlessness that suffuses these ten stories, whether the characters are stuck in dead-end jobs, on long road trips, or in sterile hotel rooms. However, what keeps the narratives in We Were Flying to Chicago moving is the characters’ search for meaning in their own lives, and their recognition of sublime moments hidden within the mundane.

After the guard in ‘Charleston for Breakfast’ decides to quit his job, the romantic surprise with which he plans to make it up to his girlfriend ends up changing the direction of his life. In ‘Isabelle and Colleen’ a 13 year old boy finds a teenage pregnancy in his household awakens feelings for a classmate he might not be able to handle. In ‘T-Bone Capone and the Lady Ace’, the protagonist witnesses a brilliant artist and realizes that while he could give his girlfriend everything she needs, he just might not want to. Road trippers and wanderers deal with cancer and religion, aging and losing one’s religion, in a collection of small, life-changing moments, either grasped or lost forever.

While most of the stories in Chicago possess a contemporary feel without being self-consciously glib, there are a few missteps. ‘Open House’, about two people doing an unnamed job for an unnamed real estate agency, is tautly written but in the end raises more questions than it answers. While, ‘I Know Who You Are’ features a sympathetic protagonist with a frustratingly vague mission.

Published in such lit mags as Gettysburg Review, Gulf Coast and Puerto del Sol, the majority of the stories in Clouther’s collection are rewarding stand-alones that together form a skillful debut. The characters, their conflicts, and the way they resolve them or don't will linger long after they’ve been read.