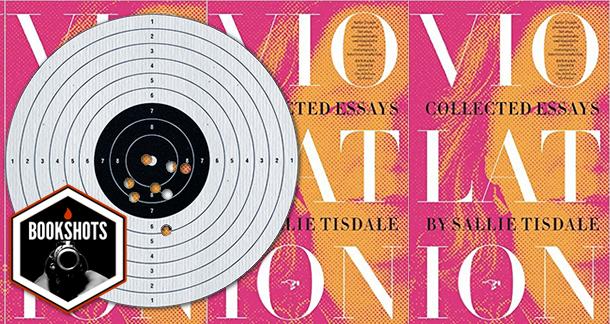 The essays in 'Violation' are all lushly written and teeming with memory and insight.

It’s an essay collection, so no plot.

Anything by Susan Orlean, The Chronology of Water By Lidia Yuknavitch (but without all the heart wrenching brutality)

Does anyone remember Spike Jonze’s second film, Adaptation? If you don’t, here’s a brief summary of it: Genius screenwriter Charlie Kaufman is commissioned to write an adaptation of Susan Orlean’s book, The Orchard Thief. The whole problem is, it’s completely unfilmable. There’s a certain amount of narrative structure to it, but for the most part, there’s just no way the book could ever be made into a movie.

Long story short: Even though I think Violation is a lovely, expertly written collection of essays, not every book is meant to be made into a fucking movie.

The essays take place in various locations. So yes to some, no to others.

But for all the long hours I spent before his fires, for all the honey-colored vapors that rose like smoke from that hearth, these aren’t the fires of memory. They aren’t my father’s fires. When I remember fire, I remember houses burning, scorched and flooded with flame, and mills burning, towers of fire leaping through the night to the lumber nearby like so much kindling, and cars burning, stinking and black and waiting to blow. I loved those fires with a hot horror, always daring myself to step closer, feel their heat, touch.

I have a lot of admiration for the narrative essayists. When you’re a fiction writer (or a fiction writer who writes book reviews and the occasional pop culture-y literary essay), you do nothing but assume the identities of your characters. Sure, you leave little bits and pieces of yourself lying around your stories, but for the most part, what you’re putting down on the page is nothing more than an elaborate lie that’s meant for people to escape into for a brief period of time.

With the narrative essayist, though, they’re laying all of their cards on the table. They’re telling the reader: ‘This is me. It might be ugly or embarrassing, but this is all me.’ To loosely quote Fight Club, that kind of bold honesty gives me a big rubbery. And, seriously, I’m not joking when I say that. Because I hide behind a mask of character and lies, and what I write is truly not me, and I consider that lack of literary honesty to be almost a weakness, an inability to be intimate not only with myself, but with my readers.

And because I write so much fiction, most of what I read for enjoyment is—at least as of late— essays, memoirs, and journalism. So I can honestly say that reading Violation was nothing but a pleasure for me. The essays in Violation are all lushly written and teeming with memory and insight. Tisdale is a master at her craft and all of these pieces represent the very best of her work. Now, I will be blunt and say that I found Tisdale’s style to be a bit too formal at times, so it wasn’t exactly a hard charging read for me.

So if you’re a fan of the looser nonfiction styles of Roxanne Gay or Teju Cole, Violation might not be your jam. No, Violation is definitely what you would describe as a cold, snowy Sunday morning kind of collection. It’s the type of book you take your time with in front of smoldering fire at your feet, a cup of coffee steaming in you hand, and the day just seems to go on forever. More or less, you’re not going to read Violation in one sitting, but its meditative and ruminative passages will keep you turning pages until the book almost feels like an old friend.