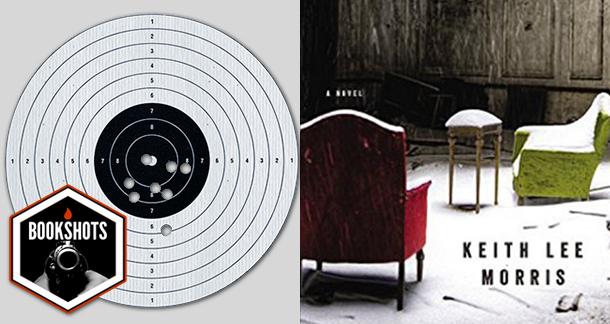 Travelers Rest (specifically not to be confused with Traveler's Rest)

Erudite yet entertaining. Morris successfully draws the reader into a twisted labyrinth of lost people and ideas. Don't stop here unless you're prepared to stay for a while.

A family is waylaid in a strange hotel during a storm. During the next day, they are separated from each other and drawn into a fugue of myriad dimensions and old memories.

The Infinity Hotel, after Hilbert's mathematical paradox. One way to solve the problem is to simply have your guests vanish.

The Vorrh by Brian Catling, Welcome to Night Vale by Joseph Fink and Jeffrey Cranor

Admittedly, yes, at least a little bit. The characters alternately call Good Night creepy, charming, and the most fucked up place on earth. Of course I'd want to go.

The gas lamps cast a dull yellow light across the space of the lobby, making her feel as she walked away that she was suspended in the warm stillness of a summer dusk, as if she moved through space while time stood still and dust motes hung forever in midair.

There's a town east of the Cascade Mountains where wayward souls are drawn. Their cars break down, blizzards lure them off the highway for the night, or they innocently stop to take a few photos. Most of them never leave again. They wander the (deceptively) vacant hallways of Travelers Rest, a once grand hotel on the edge of the frontier, now a dilapidated wreck.

Out of context, it sounds like the plot to a stereotypical horror movie, but from page one it's clear that Morris has created a much more nuanced narrative. Travelers Rest asks a lot of interesting questions about individuality and thought. What happens when we are cut off from everyone else in our lives? How easy it is to sever even the most seemingly permanent bonds of family and love. All it takes is for one person to leave a room and not return. And when they leave us behind, are we forever changed from who we were in their presence? Are our memories interchangeable, or are they our property alone? From their isolation, the characters grapple with these concepts as the snow that drove them off the road continues to pile up to the windows.

The chapters are short and of alternating perspectives, allowing for approximately equal development of all the main players. After his parents and uncle disappear, Dewey is left to fend for himself in the tiny town. While accepting that he probably knows less about most things than the average adult, Dewey nonetheless views the citizens of Good Night with a level of condescension. He might be young, but even he knows that something is seriously wrong with how physics appear to work in the area. My favorite character, however, had to be Uncle Robbie. Even when the universe is literally turning itself inside out, he's still concerned with where his next beer will come from. The town of Good Night, encompassing a series of vaguely sinister individuals, mine shafts that may contain black holes, and the hotel of Travelers Rest, has all the hallmarks of an intriguing character in itself.

There are moments where the plot reads a bit sluggish with long, meandering interludes that take place inside its character's heads. But frankly, I loved Travelers Rest. Erudite yet entertaining, interesting and well-built protagonists with a strong supernatural element that is used to manipulate and change them. Morris successfully draws the reader into a twisted labyrinth of lost people and ideas. Don't stop here unless you're prepared to stay for a while.