Bookshots: 'The Zero and The One" By Ryan Ruby 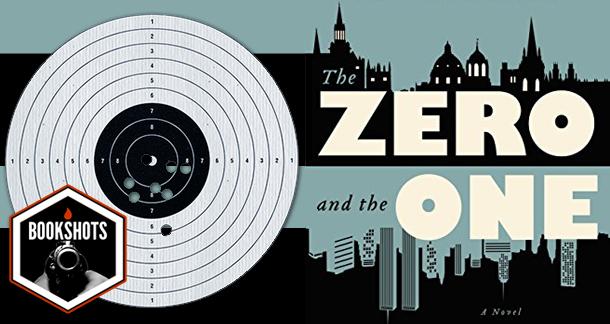 The Zero and The One

The type of fiction that has real psychological depth and demands to be read long into the night after all of the lights are out.

Zach and Owen are philosophy students at Oxford who become bros after a night of impromptu drinking and screwing. Both become students of an obscure German philosopher and start hatching up a suicide pact. But who’s manipulating who? The wealthy Zach, or the working-class scholarship student Owen?

The Secret History By Donna Tartt

Zach: Bright but easily manipulated American philosophy student studying at Oxford, who has a hankering for suicide pacts and a book of philosophical aphorisms called The Zero and The One.

Zach’s defense of suicide was perversely moral. And by no means unpersuasive. It was the best way, he said, to preserve human dignity and freedom from the implacable annihilation that awaited us all, the only way, in fact, to pick the pocket of Nature, to whom we all owed a death.

I’m a fan of the literary, college “bromance.” I like intellectually inclined relationships that spur on petty rivalries and inevitably lead to back biting and the occasional murder. It’s why The Secret History remains one of my favorite novels after twenty some odd years. It’s a perfect literary invention because it’s a true stretching of the imagination in a genre which prizes realism above all else, despite there being very little realism in literary fiction that depicts collegiate life. With Ryan Ruby’s debut novel, The Zero and The One takes perfect advantage of the sub-genre and has created one of the more interesting and engaging first novels that I’ve read in quite some time.

At first Owen and Zach seem like exact opposites, but they’re both ciphers. Neither of the bookish young men has much of a personality as the story begins, but slowly but surely, each takes on the characteristics and obsessions of the other, and eventually they become a singular, contradictory version of one another (albeit, the individual who begins as the dominating personality in the relationship is revealed throughout the narrative to be the lesser, and thus far more vulnerable to the other’s manipulations), which leads to the tragic events at the crux of the novel.

As a first-time novelist, Ruby’s voice is very assured and steady. His deliberately measured passages reveal small glimpses of Zack and Owen’s skewed personalities with each sentence, demanding the reader’s attention so as not miss these minute Hitchcockian touches that are forming up the greater narrative. The Zero and The One has been receiving early comparisons to the novels of Patricia Highsmith, although I must admit I only found slight similarities between the two, because Mr. Ruby is definitely writing with his own strong, menacing voice.

The Zero and The One is a rare oddity within mainstream publishing: a small, complex novel that equally entertains and challenges the reader. It’s by no means commercial fiction, but it is the type of fiction that has real psychological depth and demands to be read long into the night after all of the lights are out, and you can crawl into the clammy skins of his emotionally stunted characters.