Bookshots: 'The Wanderers' by Meg Howrey 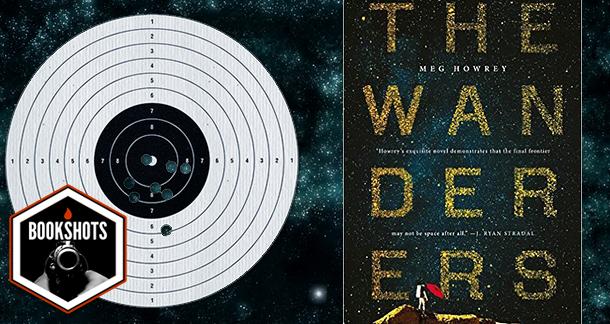 The author pulls the reader into the minds of these professionals so deftly that I felt like I was reading their autobiographies.

Meg Howrey, a professional dancer turned novelist. This is her third novel.

In the very near future, a SpaceX-like company called Prime is planning a mission to Mars. The chosen crew is required to do a 17-month immersive simulation of the journey in order to prove themselves up for the task.

So You Want to Go to Mars?

Europa Report, Moon, The Martian, basically anything about being alone in Space.

Helen, Toshi, and Sergei all grew up on different continents dreaming of the same thing: leaving Earth. By the time they are recruited for the Mars mission, they have all had illustrious careers as astronauts. Now they and their closest family members must wrestle with the reality of being separated for so long.

Sergei: Liev Schreiber. His physique, and physical bearing are so Sergei. Add some occasional tears and a Russian accent and we're done.

Oh god, no. The astronauts spend all of their time in cramped quarters. They share a single bathroom with a vacuum hose. During solar flares, they have to squeeze into the extra tiny protection capsule and stay there for hours upon end. The ship that returns to Earth is even smaller than the one that took them there. They also have to work all the time to stay alive and maintain their ship. They seem to love it because the promise of a walk on Mars is worth just about anything to them.

Sometimes he would like to speak about the tintinnabulations of his heart, but he knows he will not do it properly. His love is a particle that loses speed when it touches her if it does not touch her in just the right way, at just the right time, in precisely the right angle. No. Every analogy is imperfect. He cannot write poetry.

What a wonder. The Wanderers is a meditation on space travel but also on how to be an astronaut. The author pulls the reader into the minds of these professionals so deftly that I felt like I was reading their autobiographies. If I ever wondered what it takes to do this work, I know now. They are analytical and self-reflective and hard workers constantly pushing beyond their limitations. They are comfortable with extreme delayed gratification. They view the thrill of being in micro-gravity or of seeing the sun while standing on a different planet as worth the greatest possible sacrifice.

While this story is about the astronauts, it is also about the people they leave behind. For Helen, this is her daughter Mireille, a young woman so caught up in the drama of not being like her perfect-to-the-world mother that she can barely stand herself. For Sergei, this is his teenage son Dimitri, who is coming to terms with his sexuality and having a hard time living in his own skin. And for Yoshi, this is his wife, Madoka, who has played the role of the astronaut's wife for so long she's not sure what else she is. In all cases, the astronaut sets such a standard of excellence it crushes the egos of those closest to them. But the astronauts also require the at-the-ready presence of their loved ones in order to achieve their monumental goals. It's a strange dynamic in which the family members are routinely abandoned but can hardly complain. Mom is going to Mars, after all.

A final consideration in The Wanderers is the role and motivation of the corporation making it all possible. Prime operates like a Silicon Valley version of NASA, but it doesn't answer to Congress or the electorate; it answers only to its shareholders. Does that compromise in any way the future of space travel and exploration? Would a corporation behave differently than a government agency? For those of us who are enthusiastically watching Elon Musk and his SpaceX progress, perhaps we should ask ourselves this question and ponder the implications it has for the humans who climb inside his rockets and blast away.

Bookshots: 'Population Wars: A New Perspective on Competition and Coexistence' by Greg Graffin

"Scream: Chilling Adventures in the Science of Fear" by Margee Kerr