Bookshots: 'The Understory' by Pamela Erens 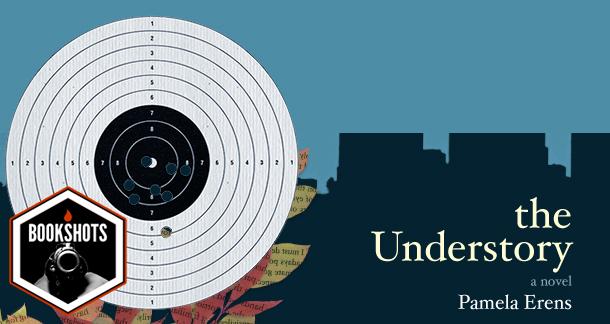 Pamela Erens, ex-editor of Glamour magazine and author of The Virgins, which was named a best book of 2013 by the New Yorker. The Understory is her first novel, originally published in 2007 by Ironweed and now receiving a reissue from Tin House.

This is storytelling at its finest, lightest and most complex. I enjoyed every moment of the time Jack and I spent together.

Anything tender and strange: Mysteries by Knut Hamsen springs to mind.

Jack Gorse: a man not so much sidelined by life as buried beneath it.

Why did Philip Seymour Hoffman have to go and overdose?

New York? I am packing my bags.

“Look,” said the tour guide, indicating a squirrel with a bitten-off ear and empty eye socket. “Winter’s hard on everyone.”

So many books are written about the lonely, that sometimes it’s hard to believe the lonely really are that alone. After all, if the weight of prose dedicated to them is anything to go by, most of them are the possessors of several writer-friends, eager to pop over for an afternoon, notebook in hand for a cup of tea and a chat about all the people they didn’t meet that day.

But I’m just being facetious: writers (especially good ones) don’t need real life subjects to score material for their books. They make stuff up. Sometimes, if they are Pamela Erens, they make stuff up sublimely.

I don’t know if Jack Gorse is based on a real person, but he might as well be because Erens breathes life into the clay of her creation with such delicate precision that I didn’t so much read it as have Jack tell it to me. I was the one sitting across the table, steaming cup in hand.

And what did Jack tell me? He spoke of his rituals, of the necessity for him to do the same thing in the same way every single day, to the extent that a switch from coins to card in the subway can cause him agonies of panic. He spoke of his love of plants, especially for those which live beneath the canopy of trees: the bushes and shrubs which form a forest’s understory. He confided his precarious housing situation to me: his illegal occupancy of his uncle’s rent-controlled apartment, his new landlord’s determination to evict him. When I asked him if he had ever fallen in love, he looked away briefly; then told me that he did not know.

There is much that Jack Gorse does not know about himself, including what he might do if pushed to his limits. Erens never labors the metaphors she uses: the neglected bonsai imprisoned in their pots, which Jack attempts to nurture during his brief refuge in a Buddhist retreat; the identical twins that fascinate him; the books he treats as friends. She simply allows them to form part of the (under)story and to let Jack’s obsession with them explain him to us in a way he can’t quite grasp himself.

This is storytelling at its finest, lightest and most complex. I enjoyed every moment of the time Jack and I spent together. I let my tea go cold as he talked. I hope one day we meet again, although, because of the way things go, I doubt we will.

Bookshots: ‘The New and Improved Romie Futch’ By Julia Elliott