Review by Joshua Chaplinsky February 7, 2017
In: 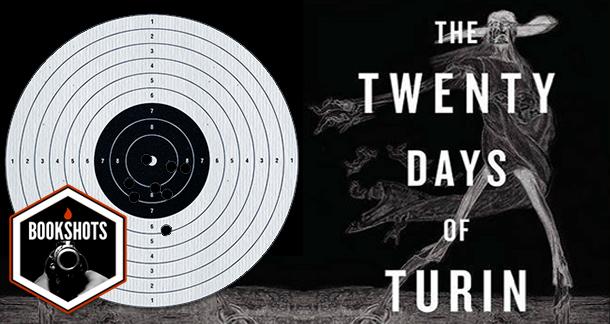 The Twenty Days of Turin

For anyone with a computer living in the 21st Century, [Turin] is rife with eerily accurate commentary on our current situation.

Giorgio De Maria (1924-2009), an Italian musician, critic, and writer who is experiencing a well-deserved rediscovery. The English translation is by Ramon Glazov.

A writer delves into the titular mystery, in which the entire city of Turin experiences a "phenomenon of collective psychosis," resulting in hundreds of unexplained deaths. Things do not go well for him.

The Impact Hazard Scale or What's Shared Can Never Be Unshared

Our narrator is an unnamed salaryman/amateur recorder player plauged by the mystery of his city's past. A bit of a loner, seeking to connect with other like-minded loners. Hm...

He's not Italian, but I like Riz Ahmed (Nightcrawler, The Night Of) for the role. If someone more European were required, I'd go with his Rogue One co-star Diego Luna. I can't think of any current young Italian actors off the top of my head.

Turin, described in the translator's introduction as a museum city "famous for its eponymous Shroud and Napoleanic trove of Egyptian tomb treasures" sounds like a fascinating place to visit. But during the time period this story was written, in which Turin was a neo-fascist nightmare of domestic terror? Definitely not.

From the depths of blackest despair, perhaps I'd manage to dig out a sound capable of soothing these powers. I was clutching at my last straw.

The Twenty Days of Turin is many things: a mystery, a cosmic horror story, and an allegory for domestic terrorism in 1970s Italy. It is also a prescient vision of the interconnected oversharing of the internet age, and, for this reader, perfectly illustrates how being inundated with a constant barrage of well-meaning but impotent opinions can desensitize the masses, allowing for the objects of their activism to run amok, unabated. A neat trick for a book originally published forty years ago. The only thing it didn't predict was a Trump presidency, and who could have predicted that? Okay, the Simpsons did, but come on! That was supposed to be a joke!

Some of the allegorical meaning might be lost on those unfamiliar with Turin's history, but for anyone with a computer living in the 21st Century, it is rife with eerily accurate commentary on our current situation. And that ending... god damn, the ending is creepy as hell. Hopefully the outlook of our own future is a little brighter and a lot less figuratively bludgeon-y.