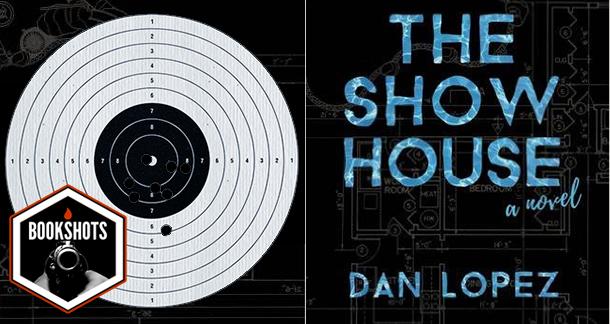 This is the first novel of Dan Lopez, a writer whose short stories have appeared in Los Angeles Review of Books, The Collagist, The Millions, Time Out New York, Storychord and others.

A complicated exploration of the relationships between parents and their children, not to mention between siblings...

I would call it: No Such Thing as “Normal”

A Spot of Bother by Mark Haddon

The plot revolves around the family, Thaddeus and Cheryl and their son Stevie, his partner Peter and their adopted daughter Gertie, with a good portion of the story devoted to Thaddeus and Stevie. Thaddeus is retired and, if anything, seems to be verging on the edge of dementia, whereas Stevie is a salesman for a realtor and volunteer at a shelter for LGBT kids who has a boyfriend on the side named Alex.

It’s Orlando, so no.

Anger, fury – those emotions he understands, but Stevie inherited his mother’s icy contempt, and while that kind of calculated disposition may inoculate one to the types of rage that have defined most of his life, it does so by poisoning the emotional reservoir with spite until sooner or later there’s no charitable feeling left.

Thaddeus and Cheryl have been invited to stay with their son Stevie and his partner Peter and adopted granddaughter Gertie while their house is being fumigated. The problem is Stevie and Thaddeus haven’t spoken for three years and their relationship has always been “turbulent.” Laila, a pharmacist is worried about her brother Alex, who disappeared six months ago during a hurricane and, unbeknownst to her, is living with Stevie in the show house of the title. Messy, right?

A complicated exploration of the relationships between parents and their children, not to mention between siblings, The Show House is complicated too. It’s certainly not a sanitized view of life, showing all the messiness of blood and how it screws up the most organized life. Throw in a serial killer targeting young gay men and it’s almost too much to deal with.

My biggest problem with the book was that the characters were so messed up that I didn’t feel much sympathy for them. The only one I came close to was Laila, but she’s constantly being manipulated by her brother and step-mother. If this sounds like your cup of tea, give it a go, although if you’re not keen on graphic sex, you should probably give it a miss. For me, the promise of a serial killer was what drew me, but the reality of the plot disappointed.