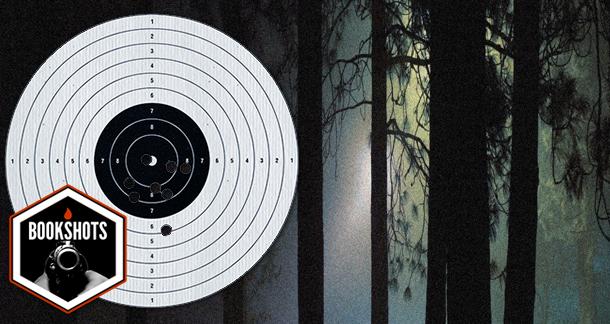 Made me question how I would respond to captivity and unwelcome influence; how far I would go to be free.

Swedish author Stefan Spjut. This is his first book to be translated into English. I suspect a demand for more will be forthcoming.

A young boy mysteriously disappears from a summer cabin in 1978 and is never found. Twenty-five years later, another boy is missing. A single photograph leads a young woman to connect the missing children with the Stallo, an ancient race of shapeshifters with murky intentions and fierce protectors.

The Girl with the Dragon Tattoo trilogy. The Shapeshifters is way less graphic than Larsson's books, but just as nail-bitingly tense.

Susso Myrén is a young woman with not a lot happening in her life. She has a lukewarm boyfriend, she works the night shift at a nursing home, and occasionally helps out at the family shop. Her obsession with trolls transforms her into an amateur detective, pursuing leads across the country even as the trail becomes increasingly dangerous.

Alicia Vikander would be perfect in this role.

Spjut's Sweden has everything a creepy Nordic setting should have: darkness, freezing temperatures, snowmobiles, and strong coffee. His Sweden also has trolls, and they totally freak me out. No thank you!

The snow was falling gently and sparkled in the light from the lamp on the barn wall. On the windowpane two white patches appeared in front of the noses of the gigantic figures standing outside, draped in tarpaulin, watching the child playing.

This book kept me at the edge of my seat, reading until my eyes were bleary. The abduction scenes gave me nightmares and continue to haunt me, even after multiple readings. It is not because they are graphic or gruesome, but because they are human and plausible. This is the foundation on which Spjut builds a fantastic story in which a non-human race co-exists (or co-depends) in broad daylight with the modern world.

In Spjut's tale, the Stallo have untold longevity and the ability to influence humans. Their caretakers may last multiple generations, each passing down the duty of protection and care. Spjut is careful to not disclose too much about why the Stallo do what they do or want what they want. Their ways are mysterious and clearly foreign, but once they have impressed upon their caretakers that they need something (e.g., a small child), their influence seems to override conscience and reason. The Stallo's compulsion is ultimately what makes the story so frightening. We see this personified in the character of Seved, an innocent caught up in the abduction of Mattias. He doesn't want to act, but he feels he has no choice.

Seved's desire for self-determination brings about much of the action in the story and it goes to unexpected places. I found myself constantly surprised by him. He made me question how I would respond to captivity and unwelcome influence; how far I would go to be free.