Bookshots: 'The Remnants' by Robert Hill 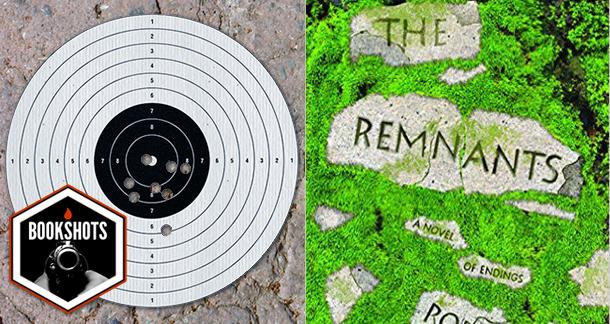 What a beautiful and fascinating exploration of the human condition.

Robert Hill, a self-described "New Englander by birth, a West Coaster by choice, and an Oregonian by osmosis." This is his second novel.

A supremely interesting collection of townsfolk, many of whom suffer from generations of inbreeding, live out the end of an isolated, agrarian community.

I Just Want to be with the One I Love

The Trip to Bountiful

True Bliss is New Eden's unofficial matriarch. She has a sharp wit and a sharp tongue and holds the members of her town together better than anyone else. She and her friend Kennesaw both share the enduring pain of declining the love of their lives.

Kennesaw would have to be played by Robert Redford. He has the presence, intelligence, and lingering good looks that set Kennesaw apart from his fellow townsfolk. Helen Mirren would do so much justice to True.

The part of me that grew up in rural Ohio resonates strongly with this setting. But, I truly like indoor plumbing. And being able to choose a spouse who is not my relative. So no.

Russet Aspetuck, instructed by his father to bank in his heart a fire that would last a lifetime, chopped one hundred cords of maple and hickory and ash and oak, he stacked them high and spread them wide, and when he was done he confessed to his mother that he would rather see them burn to cinders than have to live long enough to heat the house of a bride he didn't want to wed.

What a beautiful and fascinating exploration of the human condition. The fact that the remnants of New Eden are all cousins or siblings or half-siblings forces them to make hard choices they have to live with for the rest of their lives. This situation is one that has played out over and over again throughout history; some communities grow while others wane. As that happens, the gene pool condenses. At what point does one say "enough"? And what is it like to be that person?

The inhabitants of New Eden are not alone on the Earth, but they have maintained a pre-industrial way of living that makes leaving seem so out of reach. I am reminded strongly of the Amish, who live in a parallel world with customs and values and a daily life sharing nothing in common with modern society. It can't be an easy thing to walk away. Walking away from the known toward the unknown is a central theme in The Remnants. Why was the town created in the first place? Hill looks through the lens of the cave-dweller who has found a way to survive, but yearns for something more, and something different. It's the same spark that motivates pioneers and explorers, and the same problems they encounter: lonliness, isolation, and suffering. But also contentedness and peace.

Hill's text reads like poetry spoken in a long Southern drawl. You could read this book on the porch with a mint julep and a heartache. And the names! Carnival, Jubilee, Frainey, Hunko. Each character is their own ecosystem, like finches on Galapagos, cut off from the continent. Hill likens them to jellyfish, Egyptians, and clay. They are spinning in their own orbits, watching the sun fade.