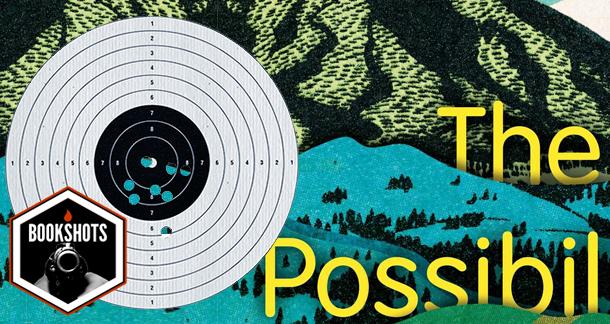 Her characters are developed so fully, her dialogue written so well, that every conversation packs an emotional punch...

Single mother Sarah just lost her only son to a skiing accident and thinks she'll never feel normal again, until his secret girlfriend turns up with an even bigger secret in her womb.

The Possibility of a Doppelganger

Sarah, host of a fluffy TV program in a ritzy ski community.

Jodie Foster. What little we know of Sarah's appearance is blond all-American, which is a natural for the former Freaky Friday star. And I think Jodie's pointed face and tight emotional expressions would be perfect for Sarah's grieving trying-to-keep-it-all-togetherness.

Sarah lives in Breckenridge, Colorado, which might be a dream for ski bunnies, but I happen to hate the cold, and snow, and skiing (call me Scrooge). Plus, the forced cheerfulness and commercialism of a resort town would scrape my nerves. So no thanks.

They're laughing about something and I'm a bit pissed off that they're alive.

It's been about three months since Sarah's son, Cully, just a college student, died in an avalanche while skiing with some buddies in the fancy resort area where they live. Single mother Sarah is struggling so much to hold herself together that she can't even see the suffering of those around her, including her live-in father (who is so clever and hilarious I want to adopt him as an uncle or something). When a girlfriend she never even knew Cully had shows up at her doorstep, with an even bigger surprise baking in her belly, Sarah is forced to face her grief head-on, and figure out how—or if—she'll move on.

Honestly, not a whole lot happens in this book. It's a literary novel, and many of the scenes are quiet, at least outwardly. A typical scene consists of a few characters sitting around talking. Several scenes even take place in a car—one long string of scenes comprise a full-on road trip—which is usually a no-no according to intro to fiction courses. But Hemmings is able to pull these types of scenes off because her characters are developed so fully, her dialogue written so well, that every conversation packs an emotional punch, and you end up not minding—hell, even enjoying—her scenes.

Sarah is a little annoying in the beginning, so much so that she even muses how she'd be annoyed with herself if she were someone else. But she's the grieving single mother of a lost only child, so I found myself cutting her slack, just like the other characters did. Plus, there was always witty Dad to give her some much needed slapping around and to keep things interesting overall. Towards the end, she faces some huge changes and decisions, and although I didn't personally like the way it ultimately signed off, I was, at least, deeply invested until I reached the end. But, as in real life, sometimes you don't always get the ending you want.