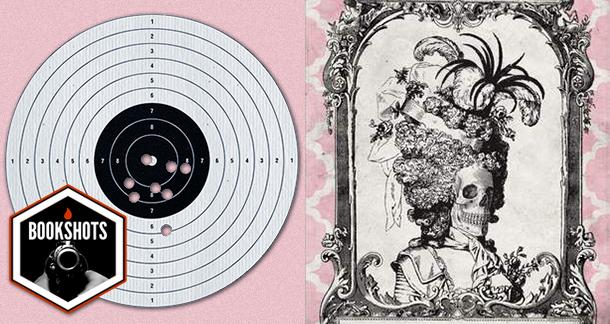 Sydney J. Bounds and Wonderland Book Award-nominated and Colorado based author of the weird, Molly Tanzer.

All Tom Dawne wants to do is make wigs (and occasionally have his dick sucked by his master’s daughter), but his future plans are thwarted when the powerful Mr. Bewit uses one of Tom’s creations in a prank. Tom’s master gets pissed even though he wasn’t directly involved and kicks him to the curb. Feeling guilty about Tom’s circumstances, Mr. Bewit offers him a job in his home. Fucking, various levels of cruelty, and hilarity ensues!

‘Yes, it is,’ Holland drawled. ‘I could make you do anything I like—you know that, don’t you? I could make you bring me my tea as well as Mr. Bewit’s, or make you lick my bottom clean when I’m done taking my evening shit. And if you don’t like it, you can kiss my tips.’

I’m going to be the first to admit that I kind of hate Victorian England. The whole time period drives me up the wall. Yeah, I know there are tons of folks who dig Jane Austen and that whole classist, cousin marrying, plague filled period in history (and, yeah, I know, it was the so-called ‘age of enlightenment’), but I’m not one of them. Personally, I think Victorian era individuals were little better than cavemen, the main difference being the Victorians had the benefit of language. But overall I consider it to be a cruel, twisted, and socially barbaric period.

But does this mean that I didn’t like Molly Tanzer’s second novel, The Pleasure Merchant?

No, I actually liked it quite bit. But, I liked it because of Tanzer’s ability to subjugate and twist the time period. Yes, like so many Victorian novels, The Pleasure Merchant is a novel of manners, but it’s a crooked, tainted, and incredibly funny novel of manners.

But what I think I admire most about Tanzer is her ability to so effectively capture time and place on the page. It’s almost as if she’s a method actor who immerses herself entirely in whatever period she’s writing about and lives and breathes it until her work is done and then she finally emerges  As she did with 19th century Colorado in her exceptional weird western, Vermilion, Tanzer deftly uses 18th century England as her morbid canvas and she’s created a wholly satisfying and daringly funny work of art with The Pleasure Merchant.

Joshua Chaplinsky from New York is reading a lot more during the quarantine April 23, 2016 - 9:24am

Currently reading this and loving it. The writing is just perfect.