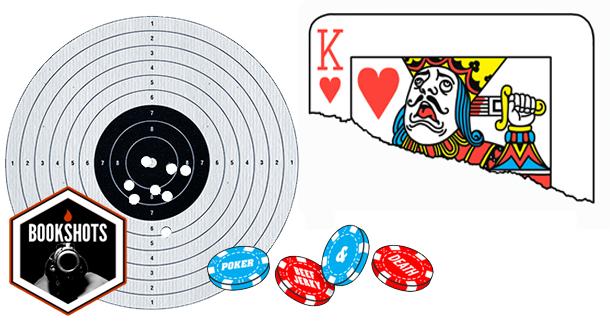 Whitehead really shines in the small details, and his observations of casino life make for some phenomenal entertainment.

Grantland magazine persuades Whitehead to cover the World Series of Poker from inside the tournament, as a player. The only problem is that he’s kind of an amateur.

I have to be honest: I would not change the title of this book. It already has gambling, jerky, and death in it— what could be missing?

Colson Whitehead himself, a middle-aged, somewhat jaded journalist in the midst of navigating divorce, poker, and parenthood.

I could see Will Smith pulling this role off.

What happens in Vegas stays in Vegas, because in the end, whatever goes down, whatever you get up to, your triumphs and transgressions, nobody actually understands what it means except for you.

Every review of The Noble Hustle is going to say the same thing about its first line, but it truly is one for the records. It’s hard not to love a book that begins with this: “I have a good poker face because I am half dead inside.”

Noble Hustle has a suitably noir feel to it—Whitehead actually uses the term “dolled up” when referencing something as mundane as a shopping mall. If there isn’t grunge or decay to be found, he’s notably disappointed. The author jokes that he’s from the mythical “Republic of Anhedonia,” making it genetically impossible for him to experience enjoyment.

Whitehead has a wicked sense of humor and he wields it like a knife at anything that moves, yet somehow manages a few profound moments despite all of the cynicism. If there’s a flaw with Noble Hustle, it’s that those moments are few, and the narrative occasionally feels a bit disjointed as Whitehead busily attempts to cement loose connections between poker, writing, and life in general.

Appropriately, the book itself began as a kind of wager. When Grantland placed its author in the World Series of Poker, they did so under the condition that his payment for the article would go towards placing him in the competition. If he wanted to make a profit, he’d have to win it in the tournament.

Whitehead really shines in the small details, and his observations of casino life make for some phenomenal entertainment. At one point, he begins describing some of his fellow gamblers in Atlantic City: there are Methy Mikes (self-explanatory), Robotrons (kids who only leave their online games if a server is down), and Big Mitch (“a potbellied endomorph in fabric-softened khaki shorts and polo shirt”).

There is some talk of the specifics of the game, but it doesn’t dominate by any means. Noble Hustle is a book about people (and some jerky as well) not about winning money; possibly a first in a book that is ostensibly about gambling. It’s not necessary to know about poker, or even to have a strong interest in the game in order to enjoy Whitehead’s textured writing and deadpan sarcasm.

Good book but I don't see sense to buy it. Cause if you will visit https://gamblingcomet.com/ you will know more than in the book. Cause guys collect all information about ways of gamble and you can easily get more information there.

This is one of the best I've read lately. Incredible coverage of the poker tournament from the middle, which is impressive and exciting. Personally, I often play in Raging Bull Casino, which I found through a review on the website https://aussiebestcasinos.com/reviews/raging-bull-casino/, so I can say that if I was impressed, it will impress everyone. It's very interesting and makes some sense. I recommend.

Great book! Thanks for the topic - it really helped me with my play.

There are a lot of different ways to earn money in 21-st century. Due to covid - many people started to spend many time at home. On this site you can earn and play - just check it.