Bookshots: 'The Girls' by Emma Cline 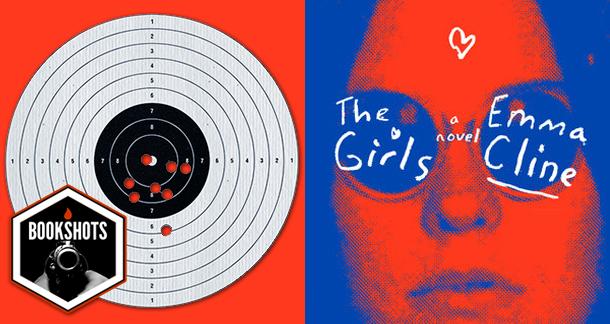 Emma Cline. This is her debut novel, but she's been published by Tin House and The Paris Review, so the woman has chops.

A great summer read, so long as you have a strong stomach for gruesome murders.

Evie Boyd is 14 in 1969, a summer of love...and violence. When her turbulent homelife sends her seeking something different, she finds a hippie-commune led by a musician with anger management issues and peopled with his gorgeous, young, mostly-female followers. Enamored with the off-the-grid lifestyle and hypnotically beautiful Suzanne, Evie is almost able to do the unthinkable. Almost. What saves her from a Manson-esque murder scene? Is it chance, or the love of the enigmatic Suzanne?

Evie Boyd. Sweet Evie Boyd. At 14, she's immersed in the worst bits of teenage-ness, all awkward and broken. Her father is absent; her mother is busy trying to find herself. No one seems to care about the fate of sweet Evie Boyd.

The Girls is set in California at the height of the great Haight-Asbury scene (though the book does not, actually, take place in San Francisco). I've always wanted to go back in time and be a hippie, though my husband tells me my lack of experience in the drug world indicates I would be a failed hippie. Still. I'd like to see it.

Poor Sasha. Poor girls. The world fattens them on the promise of love. How badly they need it, and how little most of them will ever get. The treacled pop songs, the dresses described in the catalogs with words like "sunset" and "Paris." Then the dreams are taken away with such violent force; the hand wrenching the buttons of the jeans, nobody looking at the man shouting at his girlfriend on the bus. Sorrow for Sasha locked up my throat.

The Girls is a fun, sad, quirky, insightful read. Since finishing it, I've seen it popping up on several summer reading lists on several literary sites, and I'm not at all surprised. It's a really solid book.

I grew up terrified of the Manson Family. I have no idea how or when I first learned about those murders, but I remember feeling so shocked. Weren't hippies supposed to be full of peace and love and joy? Weren't they too stoned to commit complicated, intricate break-ins and felonies?

Thus, I was pre-disposed to enjoy this book. Though, as is often the case with books that handle touchy subjects like coming of age, drugs, and death, "enjoy" doesn't feel exactly right. But enjoy it I did. The voyeuristic glimpse into a dank and dim hippie commune; the chemically charged highs; the sorrowful, guilt-ridden lows. I appreciated seeing Evie Boyd all grown up but still so damaged, for who emerges from a world like that without retaining serious scars?

I thought The Girls rang with truths. I thought Emma Cline's writing was sometimes sickeningly gorgeous, often insightful, and always impressive. It's a great summer read, so long as you have a strong stomach for gruesome murders.