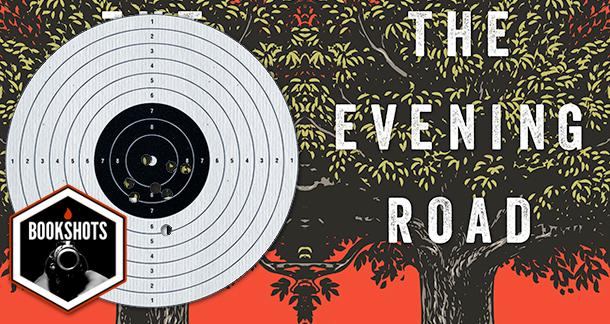 While lynchings aren’t common, it appears that if the crime justifies it, everyone accepts it and the whites treat it like a holiday.

Writer and translator, Laird Hunt, author of several novels including the award-winning Kind One and Never Home.

There’s a lynching happening over in Marvel, Indiana, and everyone is going.

I would call it: Three Women and a Lynching

The Help or To Kill a Mockingbird

Ottie Lee Henshaw is a youngish white woman married to Dale and working for the lecherous Bud — who pays her more for “extras.” Calla Destry is an orphan with a gun and an attitude, looking for her white lover on this most dangerous of days for a person of color. Sally Gunner is someone who hears angels after an accident.

I can see Ottie Lee being played by a young Susan Sarandon and Calla by Thandi Newton. Halle Berry would make a good Sally Gunner.

The man was so filthy he looked like he’d rolled around in bacon grease then taken a long nap under the tail of a sick cow.

It’s Jim Crow-era Indiana, and racism is commonplace and accepted by both sides of the argument. While lynchings aren’t common, it appears that if the crime justifies it, everyone accepts it and the whites treat it like a holiday. The blacks either keep to themselves, flee the county or attend a prayer meeting to pray for the three young men about to be lynched.

I can’t say I liked Ottie Lee, regardless of how much a product of her environment she might be. She’s flawed and a bit powerless, but that doesn’t excuse the way she behaves or make me feel sorry for her. I wouldn’t call Calla likeable either: she’s a troublemaker and apparently always has been. She’s stolen her foster-father’s gun and his fast car and gone looking for her boyfriend, a white preacher who promises her things he obviously can’t deliver, not least of which is acceptance, as she’s black. We don’t get to see much of Sally beyond a short piece at the end, so she remains a bit flat and I’m not entirely sure why she’s included other than to round out the interconnectedness of the three stories.

I found this an odd book, with some insight into the time, but I found I didn’t really care about the characters and had only marginal interest in the lynchings (as does the book) as it seems a device to talk about the characters. One for the literary types, but not for me.

The evening road by Laird Hunt was not as good as expected but it's worth reading.