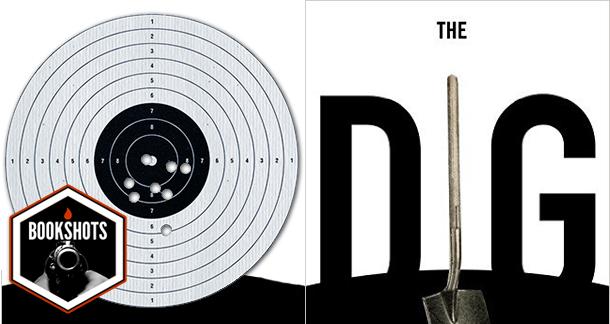 A comfortable, calming sort of book with the additional merit of a truly intriguing subject.

London-based arts editor at the Sunday Telegraph and real life nephew of one of the archaeologists in The Dig, John Preston.

The Dig tells a fictionalized account of the famed Sutton Hoo dig of 1939, which turned up an Anglo-Saxon burial ship.

The Dig is such an accurate description of the contents, I think I'll leave it be.

The Mysterious Affair at Styles by Agatha Christie.

The book is split into the voices of three narrators: Edith Pretty, the owner of the farm, Basil Brown, the excavator she hires, and Peggy Piggott, a young woman involved in the excavation.

Normally, I would probably say yes to living in East Anglia. However, I'd have to decline based on the fact that The Dig takes place on the eve of World War II.

They were like emissaries from another world, undimmed by the mass of centuries that had passed since they had been last seen.

In the summer of 1939, widow Edith Pretty decides to excavate the earthen mounds on her property at Sutton Hoo in the hope that they may contain treasure. As the beginning of World War II looms, it looks like her curiosity will pay off when some remarkable finds emerge from the site.

The Dig presents an interesting topic, but it's unfortunately slow to start. The first chapter walks the reader through Mrs. Pretty interviewing an archaeologist for the excavation, then proceeding to discuss his payment contract and shovel budget. Packed with realistic archaeological details, The Dig isn't clumsily written, it's just very, very straightforward. There's a lot of dialogue of this nature:

It's almost as though the author is afraid to get too close with his characters, possibly hesitant to sensationalize historic details. That's an understandable impulse in a narrative based heavily on real events, but it makes for somewhat unrelatable protagonists. We see hints of more defined personalities, but their trials and motivations are always a bit too far below the surface to be extremely compelling. Mrs. Pretty's son appears to suffer from some form of ailment that causes her concern, for instance, and there are moments when it's implied that the two struggle to relate after Mr. Pretty's death. But again, the reader is mostly relegated to the outside of these relationships, as much a party to them as one might be to an argument between passerby on the street.

This subdued style has a certain appeal to it as well; The Dig is a comfortable, calming sort of book with the additional merit of a truly intriguing subject. Preston has clearly conducted substantial research on the topic of the Sutton Hoo dig, even as the author admits to making some alterations for dramatic effect. It's an intelligent if occasionally dry evocation of a country on the brink of permanent change.