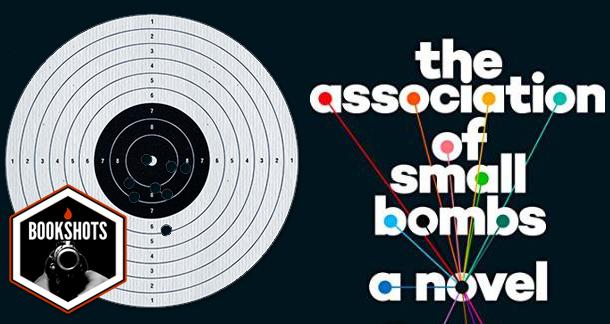 The Association of Small Bombs


'The Association of Small Bombs'  expertly examines pain. It pulses with awareness, feeling, and collectivism.

A small bomb detonates in a Delhi marketplace, taking the lives of 13 people including the Khurana brothers, who not quite even teenagers. Their neighborhood friend, Mansoor, survives. The novel follows the fallout from various perspectives.

The Lowland by Jhumpa Lahiri or the movie Ordinary People.

Mansoor Ahmed, a survivor of the blast who tries to become a computer engineer in the U.S., but comes home to India after old injuries resurface and make it impossible for him to function.

Suraj Sharma (most recently in Homeland)

A good bombing begins everywhere at once.

If there was any required reading in the wake of the recent attacks in Beirut, Paris, and Belgium, it would be The Association of Small Bombs. Karan Mahajan follows the haunting shock of a small-scale terrorist attack with intensity and grace. He also explores what most media frenzies won’t: the lives of the people behind the attacks.

The novel starts in the crowded and dizzying marketplace, Lajpat Nagar, where a bomb has just exploded. Twelve-year-old Mansoor Ahmed survives with a wrist injury, and wanders the streets for hours before arriving home as one of the survivors of the blast. The book takes a kaleidoscopic perspective, from the bomb’s victims and survivors, to the terrorists responsible — without glorifying or vilifying any one perspective. Readers meet “Shockie,” the bomber responsible for the blast that sets the book in motion, and later, Mansoor’s friend Ayub who shifts from peaceful protests to more radical actions. “Why am I so wounded?” Ayub asks in the midst of his transition. “But that is the fate of certain people. They lose themselves and never find themselves again.”

The Association of Small Bombs is a book that expertly examines pain. It pulses with awareness, collectivism, and feeling. This political novel isn’t heavy handed with theory or propaganda, instead, cuts to the heart of terrorism by getting to know the people whose lives are deeply changed by it.