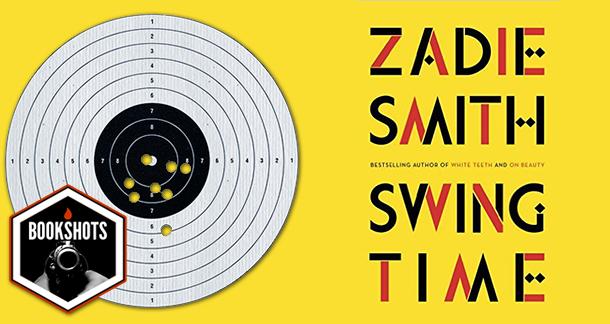 I’m generally not a fan of coming-of-age stories, as they tend to be formulaic. 'Swing Time' broke the mold in some interesting ways.

Two young mixed-race girls become friends as they are the only black kids in their dance class. Although they go their separate ways in adulthood, the narrator never stops comparing her life to her friend’s, and lamenting all of the talent and potential swallowed by the hostile environment they grew up in.

It Could Be Worse

A Heartbreaking Work of Staggering Genius by Dave Eggers

The unnamed narrator is a smart and shy girl who loves music and dance, but lacks any real ambition of her own, which is why she so readily clings to Tracey, the super-talented egotistical girl in class that everyone is sure will be a star someday.

Adelayo Adedayo from the BBC show Some Girls. That’s the only black British actress I know in that age range, so they’ll have to hold a casting call for Tracey.

Other than the racism, which you can find anywhere, living on an estate in London doesn’t sound too bad. I wouldn’t move there on purpose, but there are worse places to end up.

I had been offline for seventy-two hours and can remember feeling that this should be counted among the great examples of personal stoicism and endurance of our times.

I’m generally not a fan of coming-of-age stories, as they tend to be formulaic and fairly similar. Swing Time broke the mold in some interesting ways, and managed to make the life story of a rather boring person quite entertaining. The narrator, despite her intelligence and imagination, spends her life subsumed by more vibrant personalities than hers—first her domineering activist mother, then the talented and confident Tracey, and then finally as the personal assistant to global popstar sensation Aimee. Although she loves to sing and is apparently very good at it, she never pursues it beyond a hobby that is abandoned in adulthood. She paints vivid portraits of the people she meets, and her almost technical breakdowns of how such people think and function are as fascinating as they are unflattering. There is an underlying bitterness to her analysis of her idols, the kind of unspoken resentment we all secretly feel for those we admire. Her dissection of the history of dance is both informative and entertaining, and she has a poetic flair for describing performers in motion. Despite this, the narrator’s own story never eclipses those of the more interesting people she is always attached to, and thus the personal revelations that should be the cornerstones of the novel feel like diversions from the Tales of Tracey and Aimee. Swing Time never amounts to more than the sum of its parts, but those parts are well-written and a worthwhile read.