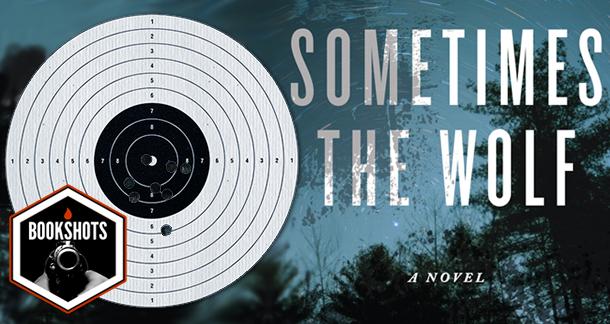 Urban Waite, Seattle resident with two previous novels under his belt: The Carrion Birds and The Terror of Living. More info at his website.

This is an altogether more hopeful and redemptive read than No Country for Old Men or The Road...

Be Careful Who You Make Friends With in Prison

Cormac McCarthy, Joe Lansdale, Jim Thompson. You get the picture.

Bobby Drake, a man with some difficult moral choices to make.

There are wolves in these woods. You would not be able to tear me away.

The smell of the girl on his skin and a memory of the night before like a cruel act from his childhood he hadn’t quite forgiven himself for.

I don’t want to oversell the ‘just like McCarthy’ aspect of this book, because actually it lacks that total deadpan nihilism, that ‘life is shit and everyone you ever cared about is going to die and cold eyed killers will get away with it because that’s how it is’ schtick at which McCarthy excels. I don’t want to overplay it, because if I do, you’re going to come away from Sometimes the Wolf disappointed. This is an altogether more hopeful and redemptive read than No Country for Old Men or The Road, but it bears an important resemblance to these forebears in that it falls under the heading of what I privately (up to now at least) have dubbed Patriarchal Noir.

No, hear me out. This is not a sly feminist dig at the predominance of male lead characters in a certain type of literature. Here I use the p-word in the most respectful sense, to signify that these are all books which centre on a particular kind of relationship: the one between fathers and sons.

There are many refrains in noir literature (She’s No Good, being a particular favourite and one about which I will have more to say when I talk about Gone Girl in a future article) but As the Father, So the Son is one particular tune which has produced some of the true standouts of the genre, Sometimes the Wolf being amongst that number. At the outset of the story, Bobby Drake is trembling on the brink of marital disaster. Thrown into this mix is Patrick, his father, the ex-sheriff of the town where Bobby is now a deputy, put away for drug smuggling twelve years before and now on parole. Later, Patrick’s father Morgan enters the scene and Bobby discovers that what was intended as a legacy—and you can read that in both the financial and spiritual sense—might turn out to be a death sentence.

I don’t know why this particular corner of the human psyche should provide such rich material for noir, but it says much for Waite as a writer that, faced with these riches he uses them without ever exploiting them. He draws his distinctions quietly, carefully spacing key scenes so that we can appreciate the differences between the choices Bobby and Patrick make without ever detecting the presence of signposts. He takes the same care with his characters—even the killer duo Bean and John Wesley (think a psychotic version of Lenny and George from Of Mice and Men) are drawn with respect, if not sympathy (it’s hard to feel much sympathy for Bean). The story is bookended by two events which provide a righteous symmetry to the narrative. We begin with a deer caught on a fence, we end with an escape and, not content with this structural completeness, Waite saves one final twist for those closing sentences. If you buy this book—and I sincerely hope you do—the casual ease with which Waite tosses out that final clue, the one which lays bare all the family secrets, will have you shaking your head with admiration.

Cath, is the comparison to McCarthy also in the way of language, characterization, dialogue or mainly the father-son theme? It sounds interesting, especially when you compared it to my favorite writer, but it seems you mainly make the connection in patriachal themes, not writing style or anything else (btw though father-son relationship is big in some of McCarthy's works, I'd argue that it is exempt from most of his books).

Well, thanks for asking! But you know, as soon as you start trying to tease apart why one work reminds you of another you start sounding like a Big Old Literary Bore and no one wants that.

And actually, I'm trying to say that as soon as you delve a little deeper into Waite's book, differences between his work and McCarthy's appear. Good differences. There's a moral shading which I feel McCarthy doesn't capture. He tends to be very black and white.

As for the patriarchal thing, yes McCarthy doesn't play that song in every book, but when he does (The Road, No Country for Old Men) those are his best tunes. In my humble opinion.

Thanks for the reply! I actually quite like direct comparisons in reviews, especially for artists you don't know beforehand (I never write book reviews, but I used to write a lot of music reviews and comments on albums and concerts). Anyway, you mention the differences between Waite and McCarthy quite clearly and quite fast in the review, so rest assured that I got your point about that :) I was just interested if there were other 'overlaps' (for lack of a better word) between this work and McCarthy than the patriarchal theme which you mentioned first and foremost.

And we must disagree on McCarthy. I love The Road and No Country (which was my introduction to his genius), but his strongest work is definitely Blood Meridian in my eyes, and then The Border Trilogy and Suttree.