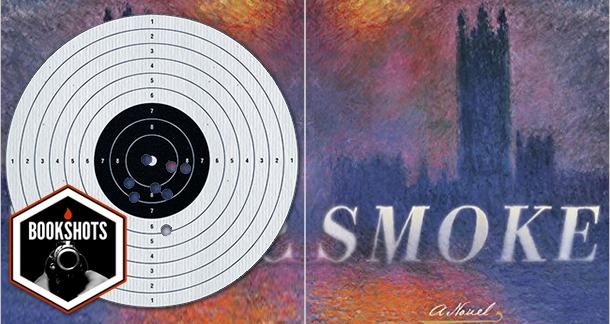 Oh my god, what is Smoke? The fact that it's still driving me crazy after finishing the novel tells me Dan Vyleta is a genius.

Dan Vyleta, a German-Canadian writer born to Czech emigré parents, has published three other novels, all to critical acclaim. His first title, Pavel & I, has been published in 13 countries and translated into 18 languages.

Victorian England. Three teenagers, thrown together by fate, get caught up in a massive power play. Smoke, the manifestation of emotion or sin, separates the commoners from the aristocracy, who have learned to suppress it. But what is Smoke, really? And why are the country's leaders so determined to control information about it?

Are We Animals or Machines?

Philip Pullman's His Dark Materials trilogy comes to mind, although that's more fantasy. The steampunk elements are there — brass objects, early technology, and central players who are young but smart and determined to get to the bottom of things.

Charlie Cooper and Thomas Argyle are an angel/devil duo who meet in boarding school. The complicated and prudish Livia Naylor joins their wild rumpus just as things get dangerous. Naturally, sexual tension ensues.

Vyleta explores all facets of his Victorian England, from the prison-like boarding school to a wealthy manor to the filthiest parts of London. Most surfaces are covered in soot and the air is dirty everywhere except the countryside. I'll pass.

Here Smoke rules, runs rampant, fans theft, adultery, murder. It feeds on the alcoholic, the vagrant, the prostitute; coats the very city in its Soot. Pity those you meet as you pity the sick. But as for yourselves. One word. Don't.

Vyleta certainly has crafted a page-turner that will keep his readers guessing until the very end. There's the hero's journey that Thomas, Charlie, and Livia all traverse, sometimes together, sometimes apart.There are fundamental conflicts happening at the highest level of government: should the world be viewed through the lens of religion or science? There's a double extra secret terrorist plot. There's a high-stakes kidnapping. There's a boarding school bully turned sociopath who is tracking the young heroes across the English countryside. And then there's Smoke.

Readers will change their opinions about Smoke about a hundred times throughout this novel. It is mysterious and weird and has no clear analogue in the real world. The fact that it's still driving me crazy after finishing the novel tells me Dan Vyleta is a genius and I should read all of his other works. He succeeds in making the reader think about bigger concepts while telling a stay-up-late-into-the-night-reading type of story. There are some digressions that delve into the world of the working class that present a romanticized noble peasant, and the work would not have suffered had those been edited out. Of course, if Smoke gets picked up by Netflix or Hulu and turned into a 10-episode series, those narrative detours will make total sense. Either way, what a story.

Bookshots: 'We Were Flying to Chicago' by Kevin Clouther 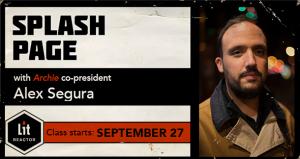