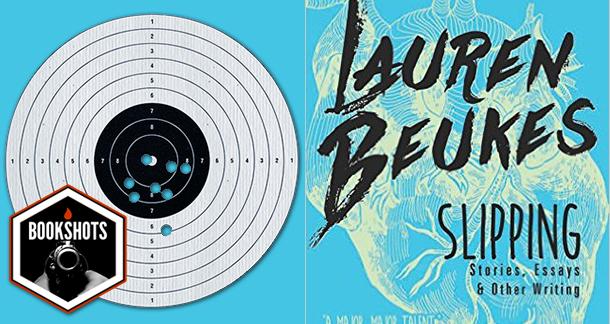 A staggering mix of horror, crime, humor, dystopian views, and science fiction from an author who has become a household name thanks to narratives that push against genre boundaries.

Lauren Beukes, the South African novelist, short story writer, journalist, and television scriptwriter who's responsible for the critically acclaimed novels Broken Monsters and The Shining Girls, among other books.

With 21 shorts stories and 5 nonfiction pieces packed into almost 300 pages, there's too much here to offer a synopsis.

Too many to get into it.

Like I said, there are too many, but to give you an idea, there are staring roles here for actresses that range from Scarlett Johansson to Yolandi Visser from Die Antwoord.

My political views are 'pragmatic optimist egoist,' which says that I am smart and sunny and witty and irreverent, but also that I am beautiful and cool and I know it.

I expected this to be weird and wonderful, and that's exactly what it is. Beukes constantly deconstructs humanity and then reassembles it in strange ways in her narratives. The end result are short stories that entertain while exploring what it means to be human, to love, to fear, and even to consume in a rapidly approaching future in which corporeal reality can be toyed with and where companies can literally get under your skin and change your life. One story that deserves particular attention is "The Princess," which reimagines Hans Christian Andersen's fairy tale "The Princess and the Pea" through a Kardashian prism. That probably doesn't make a lot of sense, and that's just one of many reasons why you should read this. Also, Beukes' preoccupation with body modification and dystopian worlds is in full effect here. The worlds she creates for each story are rich and immersive, not to mention weird and often dangerous. These worlds are filled with violence, competition, reality television, war, new ways of making money in a bizarre economy, and even ghosts. Beukes is a major talent, and these stories and nonfiction pieces demand to be devoured in a way that makes this hefty book go by as quickly as a 100-page, action-packed novella.

Slipping is a staggering mix of horror, crime, humor, dystopian views, and science fiction from an author who has become a household name thanks to narratives that push against genre boundaries. Simply put, Beukes always sounds like Beukes, and this collection is no different, which is a wonderful thing.