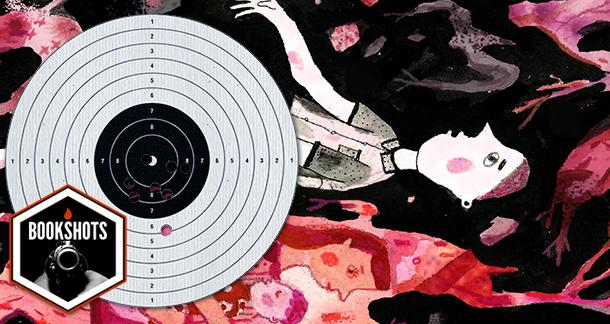 The struggle never ends, and it is Mohr's acceptance of that fact that infuses Sirens with melancholy, even as he navigates the unfamiliar territory of fatherhood.

Joshua Mohr, author of the Oprah-approved Some Things That Meant the World to Me, Damascus, and the recent novel, All This Life.

A chronicle of Mohr's struggles with addiction and first-time fatherhood.

Mohr's fiction work, The Adderall Diaries by Stephen Elliot, The Ticking is the Bomb by Nick Flynn

This looks like a job for... James Franco. Or better yet, Alden Ehrenreich, that dude who played the cowboy in the Coen brothers' Hail, Caesar! (Sorry, James. I'm sure you'll survive. You'll only make 99 movies this year instead of 100.)

I've been to San Fran. Once. The Mission District seems like a hip place. But I wouldn't want to live there like Joshua has lived there. He's lived there.

I wish I'd never gotten sober, never tried to be a better person. Why endure so much harrowing improvement to die like this at thirty-eight years old?

Yeah, I know. Another memoir about addiction.

Get it? Joshua Mohr?

Seriously, though, he's the reason you read this book. If you've sampled any of his fiction you know the man can tell a story. This one just happens to be about himself. And it's a heart-breaker.

The first book I read by Mohr was Damascus, back in 2011. According to his memoir, he was still struggling with his sobriety at the time. Naive me, I assumed he was all better, since he was a functioning novelist. But in reality, the struggle never ends, and it is Mohr's acceptance of that fact that infuses Sirens with melancholy, even as he navigates the unfamiliar territory of fatherhood. It's the type of brutal honesty that propels the reader forward, even though they are afraid to know the ending, one that most likely exists outside the confines of the book. Definitely pick this one up.