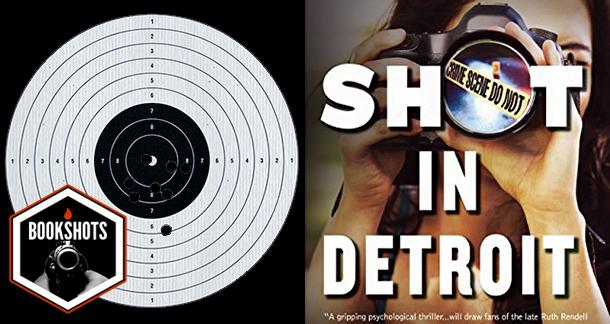 A demon of a read, and in my opinion, one of the sharpest noir-boiled novels of 2016

Derringer Award winning short story writer, novelist, blogger, and world’s coolest grandma (outside of my mother-in-law. Abbott has a slight advantage because she writes some pretty fucked up stories.)

Violet Hart’s “career” as a photographer is taking a serious shit, at least until her undertaker boyfriend has her snap a picture of a corpse and she discovers she has a real knack for making death into art. Madness, obsession, and hilarity ensues!

The Right Kind Of Light

Any of Joyce Carol Oates’ dark stuff. Which, I guess, is pretty much everything Oates has ever written.

Ruth Buzzy (Seriously, people, buy the book, use your imagination, that’s the whole point of books.)

Detroit’s just a wee bit too cold for me, so no.

It reminded me of my sister’s death. Daisy’s death in its unexpectedness, its assault on someone too young. One minute Daisy was bouncing up the steps. The next, she’d tripped over my errant roller skate and was dead. Thirty years later, I could still hear her sharp scream, and I was standing at the rail, looking down as blood seeped over the worn gold carpet, the wheels on the skate slowly coming to a stop.

I’m a fan of sophomore novels.

The reasons are numerous, but mostly because there seems to be a looseness to a second novel, a kind of not giving a shit vibe. A first novel is kind of like a really well trained puppy jumping all over you trying to impress you with its array of tricks so you'll give it a cookie. Whereas a second novel is kind of like your favorite uncle who also happens to be your drunk uncle. He’s sloppy wasted, he’s talking all kinds of shit, but he’s family and he’s a riot, so what can you do? Now this isn’t by any means suggesting that second novels are inferior. (Most second novels are usually the first novel the author wrote. Although, I don’t know if that’s true in this particular case.) It’s just that second novels seem to dig a little deeper, get a little dirtier.

Now don’t get me wrong, I really enjoyed Abbott’s debut, Concrete Angel. It was a beautifully crafted, poetic novel. But with her second, Shot In Detroit, Abbott gets seriously dirty. Abbott’s true gift as a storyteller is her ability to create and maintain atmosphere. She digs deep into Violet Hart’s semi-anarchic, desperate life and shows us all the black gooey parts and proceeds to paint the entire book with them. In case you haven’t figured it out yet, this is a seriously dark book that only gets darker with each advancing page, but manages to keep the story believable. Shot In Detroit is a demon of a read, and in my opinion, one of the sharpest noir-boiled novels of 2016.

It is a must read for crime fiction fans, so have at it.

Am I allowed to thanks the reviewer? If so, thanks so much for getting it all so well. That Ruth Buzzy image will stay with me. Hairnet and all.