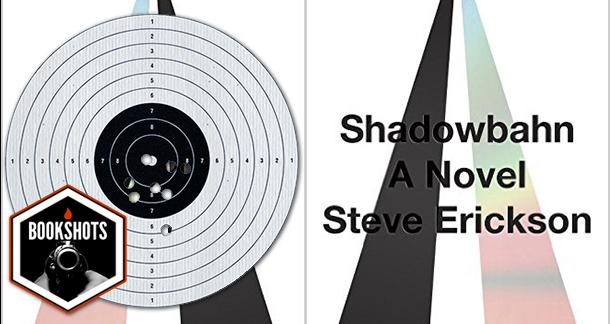 Steve Erickson, author of such unclassifiable novels as Rubicon Beach and Zeroville. (You can read my primer on his work HERE, and my 2012 interview with the man HERE.)

Oh, jeez... Basically, the Twin Towers reappear in South Dakota in the year 2025, complete with an adult version of Elvis Presley's stillborn twin Jesse, who awakens on the 93rd floor of the South Tower. And that's just the beginning.

The aforementioned Jesse Garon, stillborn brother of Elvis, whose imagined life is much less impressive than his famous brother's.

Zema, Parker's 15 year-old adopted African sister, a kind of twin in her own way, who, as depicted in Erickson's These Dreams of You, transmitted radio signals as a child.

The number of actors who have portrayed Elvis Presley is legion, and includes such talents as Kurt Russel, Val Kilmer, and... Frank Stallone. Thematically, I think someone a little less hip would be required for Jesse.

Parker: I so want to say the guy who played Parker Lewis (he who couldn't lose), but instead I'll go with Keir Gilchrist (It Follows), who physically reminds me of a young Corin Nemec. It could work.

Zema: Quvenzhané Wallis, the young actress who captured our hearts in Beasts of the Southern Wild. If production starts soon, she will be just old enough.

Well, reappearance of the Towers and Jesse aside, if you read the book you will see we already kind of do. A just-barely dystopian America that comes terrifying close to reality. I want out.

Some suggest that maybe one of the planes no longer showing structures on its radar should fly through the space to determine the true extent of their absence, but most find the idea of flying a plane into the Twin Towers—even into space where the Towers might no longer be—offensive and intolerable on any level, psychological or symbolic.

Steve Erickson has been writing about the political landscape of the 20th Century as seen through the lens of popular culture his entire career. It's not the sole focus of his work, but it's a big part of it. In both his fiction and non-fiction he has explored the endless possibilities of What Might Have Been on various fractured timelines—not only how it affects the nation as a whole, but how it affects the individual. Shadowbahn is no exception, although it could be the first novel in which Erickson attempts to predict the future, as near a future as it is. A bit of mysticism achieved via an unholy obsession with the past.

This is an inventive, challenging, rewarding, and sometimes frustrating book, even by Erickson's standards. It is both preposterous and hilarious, marked by structural diversions, metaphysical flourishes, and long ruminations on 20th Century music. Nobody does what Erickson does. He is one of a kind. Also, I think he might be a wizard.